OUR BICYCLES CRUNCH over yellow oak leaves as we pedal beside the Seine River to Villequier. The river burbles gently, a soft choral accompaniment to the birdsong of robins. Sunlight streams through a lacy canopy of leaves overhead, warming our backs on this glorious autumn day. And we have this flat, paved, bicycle path all to ourselves – heavenly. What better morning could there be on this French river cruise?

We’re sailing the Seine in France’s Normandy region with Scenic Cruises. Villequier is a speck of a hamlet along the route, home to the Victor Hugo Museum, and our destination on this guided shore excursion. Our motley group of bike enthusiasts – and some not-so-experienced riders (us) – will tour the museum to view artifacts and books celebrating the life of the famous French author and his family (and mistress too). Then some of us will continue pedalling further on the Seine Valley Cycle Route, before whizzing back to the ship on our e-bikes in time for lunch and a well-deserved glass of wine. 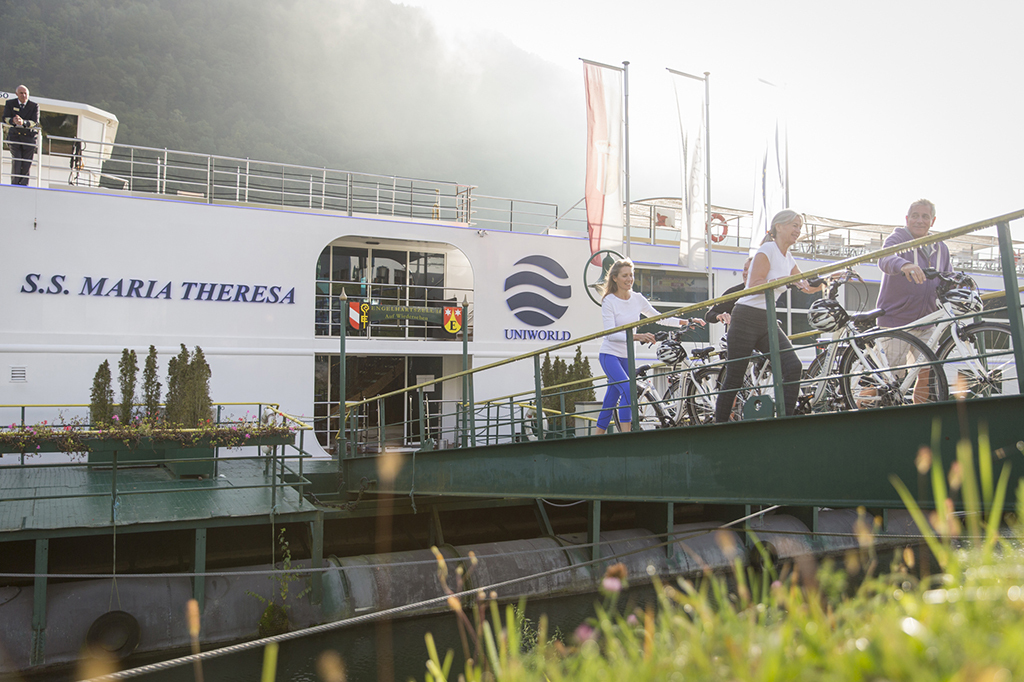 Bicycling on river cruises is becoming more and more popular. A growing number of guests want to discover a country in a fun energizing way, and in Europe especially, towns and cities are often bike-friendly. Many rivers have level riverside paths made for cycling and walking. Here are the best river cruise lines for exploring on two wheels:

The first to get into the boat-and-bike biz, AmaWaterways packs more than two dozen bicycles and helmets on its river ships in Europe (except in Portugal). You sign them out for free. One or two complimentary guided bicycle tours are also included on each European river cruise. Take Antwerp. Does biking past Art Nouveau townhouses and 15th century Gothic churches (stopping to taste Belgian chocolates, of course) sound like an amazing vacay day? Then check out Ama’s tulip-time Belgium/Netherlands itinerary. Bonus: This cruise includes four guided bike tours.

For keeners, AmaWaterways works with award-winning adventure company Backroads on a boatload of bicycle-themed cruises on the Rhine, Danube, Seine and Douro Rivers. The seven-night Portugal bike cruise has nine departures alone this year. By day, you cycle with other Backroaders on the cruise (usually 20 to 60 per ship, each of which accommodates about 160 guests); at night, you dine together onboard. Two Backroads trip leaders ride with you, and you can choose from different routes, based on distance and level of difficulty. Ground crew members in support vans also shadow the groups, to help in case of a flat tire or to offer a lift if you’re pooped. The Backroads bicycles are superior too, with a choice of custom Titanium models, touring bikes with wide tires, upright versions and even tandem bikes. 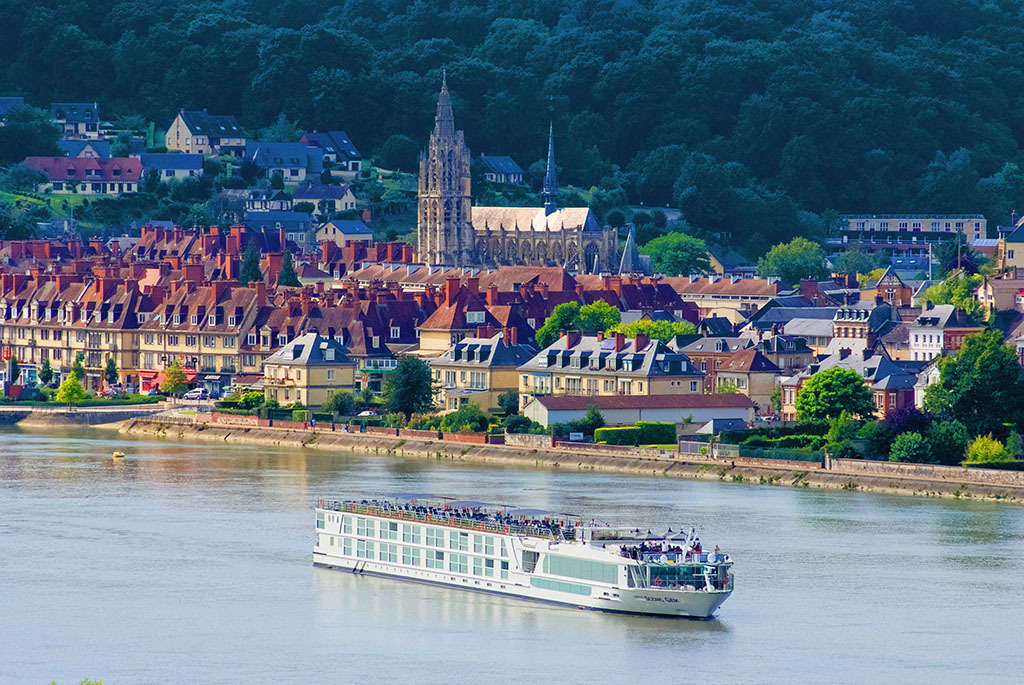 Hills? No problem! For those who like their cycling easy, each Scenic river ship carries some 25 electric bikes. Complimentary for guest use, the custom-made bikes have seven “normal” gears for shifting manually plus eight levels of power assist; at top speed, you feel like you’re flying! They come with GPS touring devices, programmed with maps and points of interest along the way. Just tap, and you can listen to the running commentary as you cycle.

Scenic also offers complimentary guided bicycle excursions on some itineraries. These are revved up on the line’s 2019 Bordeaux cruises, with a guide-led bike option on most days. Sign us up for the Blaye tour! The guided 32-kilometre cycle along the famed “Captain’s Road” passes fishermen’s huts on stilts, troglodyte houses tucked inside cliff caves and vineyards dating back to Roman times.

For a dedicated bicycling experience, Scenic partners with upscale cycling company Trek Travel on several “bike-and-cruise” trips. Trek supplies the bikes (carbon fiber road bikes, hybrids and e-bikes), which they move from port to port. You spend more time biking on these trips (daily rides of 20 to 90 kilometres), with picnics or pub lunches on shore and route support along the way. 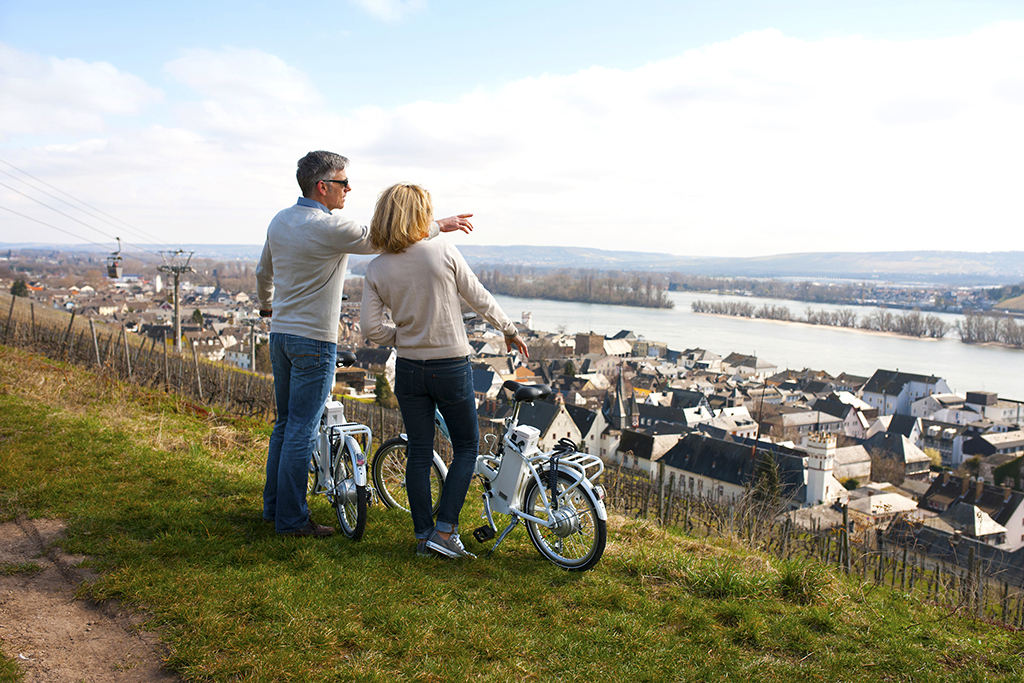 Avalon has just pumped up the river cruise experience on its Danube, Rhine and Rhône itineraries. These trips now include complimentary “active” excursions in every port, like canoeing on the Danube and cave-hiking in Budapest. As for biking, Avalon’s new Arles-Lyon cruise on the Rhône River offers some unique rides. How about cycling through Camargue Nature Park while keeping an eye out for pink flamingos and 400 other bird species? And near Tournon, there’s a unique rail-bike ride along the historic 1891 Gorges du Doux railway in a four-seat rail-car with pedals. You can also use the bikes (carried on all Europe ships) to explore on your own. New onboard “Adventure Hosts” help with maps, routes and directions to local cafés.

You also find complimentary bikes onboard Uniworld’s river ships, with one or two guided cycle tours per trip. City tours of Belgrade and Bucharest have been added to the “Highlights of Eastern Europe” Danube itinerary. In Belgrade, you pass a former concentration camp, the Palace of Serbia and the centuries-old Kalemegdan Fortress, with a stop at a traditional fishermen’s bar.

Uniworld also works with luxury tour operator Butterfield & Robinson on three different one-week cruise itineraries on the Danube, Rhône and Rhine Rivers, similar to the AmaWaterways/Backroads and Scenic/Trek Travel trips. Eight such cruises depart this year between May and September.

Emerald, 4-star sister brand to Scenic River Cruises, has free bikes too and each cruise includes a guided “active” (hiking or biking) tour. Guided bike tours are offered in Belgrade, Amsterdam, Vienna, Hoorn, from Tournus to Macon, along the Rhône River to Glun, and the longest, a 37-kilometre ride between Durnstein and Melk past castles and vineyards. New for 2019 is a cycling-centric, 11-night Danube River cruise partnering with VBT Bicycling and Walking Vacations. There’s room for 24 VBT guests on eight Nuremberg-Budapest departures. Daily rides are mainly on paved and gravel paths, with a few climbs to reach riverside towns. 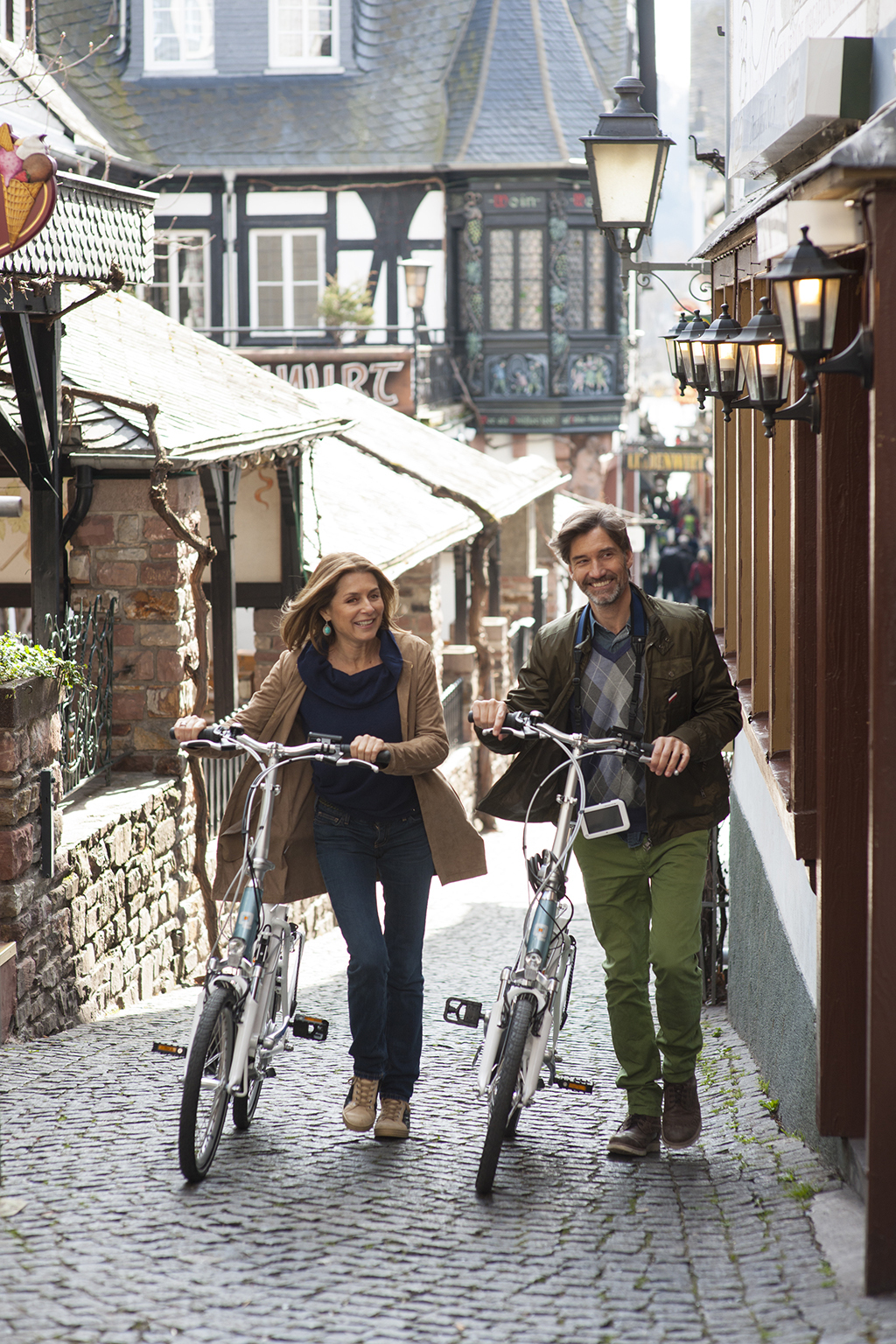 Tauck: Ships carry 12 to 15 bicycles you can sign out for free, and Tauck has also bumped up the number of its guided

bike excursions (included in cruise rates) this year. Must do: Pedal past the vineyards and medieval fortresses of Austria’s UNESCO-listed Wachau Valley on Tauck’s Danube cruises.

Biking on ocean cruises: There’s biking to be had on ocean-going cruises too, though it’s more limited. Some lines like Celebrity and Norwegian Cruise Line allow you to bring your own folding bike onboard for use in port though not, of course, on the ship. The hitch? You have to store it in your stateroom. Windstar Cruises makes it easier by transporting several bicycles on each of its six yachts. You can rent the aluminum-frame folding bikes for a full or half-day at most ports to explore on your own, booking them the same way as you would regular shore excursions. This year also ushers in the first bike-focused ocean cruises. Ponant, for example, has partnered with Backroads on new bike-and-cruise journeys in New Zealand, Iceland, the Baltic, Galápagos and Croatia.

The PONANT app is launched!

Le Boat is Featuring a Variety of Options for Summer Fun