In the world of travel, it’s all about more: how to fit more guests on a ship, squeeze more people into a plane, take more travelers onto tours. There’s even a sexy financial catchphrase to describe this phenomenon: economy of scale. One company, though, is going in the opposite direction – and it’s making waves for all the right reasons. 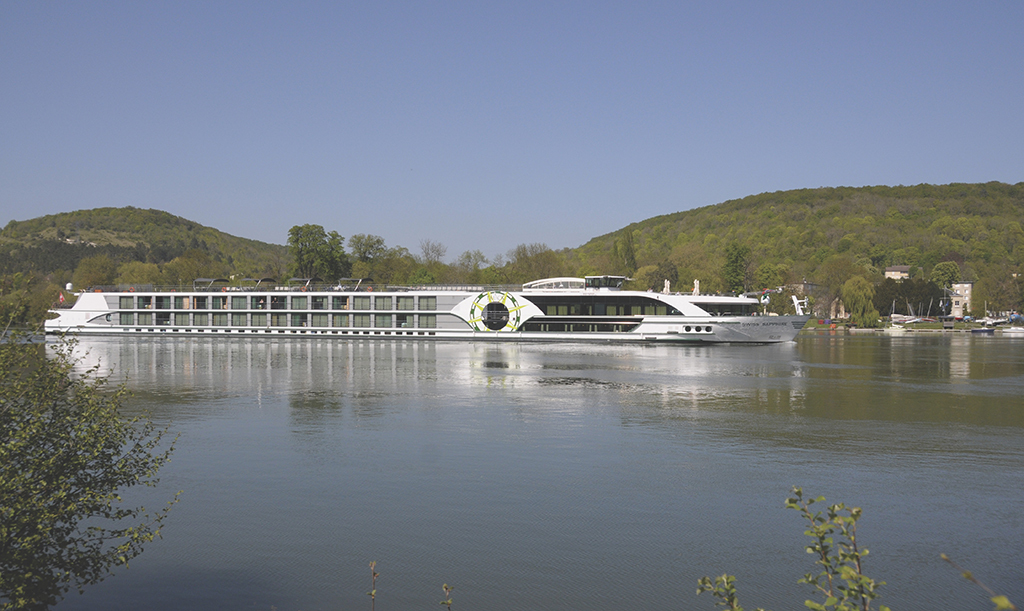 When American tour and river cruise operator Tauck decided to retrofit four of its oldest river cruise ships in Europe, it made all the right moves. Tauck announced that these rejuvenated ships would feature larger suites, better bathrooms, and more luxurious amenities in keeping with its all-inclusive, ‘no-options-sold’ mantra. And, most importantly, a critical detail: Tauck would be decreasing the number of guests aboard each ship, taking the entire guest complement down to just 98 people. As it turns out, space just might be the biggest luxury of all.

I noticed the difference as soon as I embarked Tauck’s newly-refitted ms Sapphire in Paris: no lines. Queues aren’t common on river cruises to start with, but you do sometimes find them on ships that accommodate more than 200 guests. With just 98 guests onboard I was able to walk right on, have a welcome drink, and complete check-in formalities with absolutely no waiting. The ease of it was almost disorienting. I looked around helplessly at nearby crew members as if to say, “What now?” Surely someone wants me to sit down or stand in line? No. Keycard in hand, I made my way to my stateroom, a mere five minutes after stepping onboard. 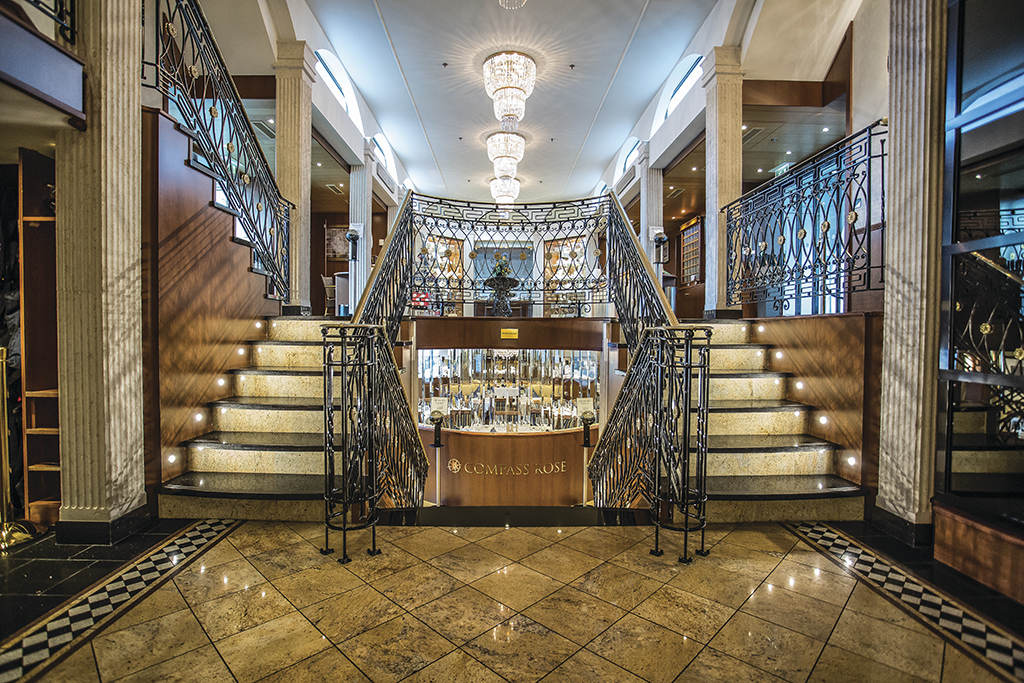 The Sapphire debuted her new look in time for the start of the 2017 season, and the changes were more than just a superficial sprucing-up here and there. The ship’s corridors were completely redone with new wall treatments and floor-level accent lighting. Soft furnishings had been replaced, and entire blocks of staterooms removed to make way for larger suites.

One of the features added during the refit was Arthur’s, a new casual dining venue situated all the way at the stern on Diamond Deck. Incredibly, it’s open for continental breakfast, lunch, and even casual dinner. No reservations needed and best of all, no additional charge.

After a few days onboard, Arthur’s – named after Tauck’s chairman, Arthur Tauck, Jr. – became a subject of much discussion. Even though Tauck offers spectacular multi-course dinners each evening, word spread around the ship that the hamburger at Arthur’s was, as one guest put it, “To die for.” He was right: it was superb. Just because you’re on a luxury river cruise doesn’t mean that the pleasures of less complicated cuisine can’t be enjoyed.

Because Tauck reduced the overall guest complement aboard the ms Sapphire to just 98, it could afford to increase the number of suites. In fact, most accommodations come in at 225 or 300 sq. ft. – more spacious than the average river cruise stateroom, by far. 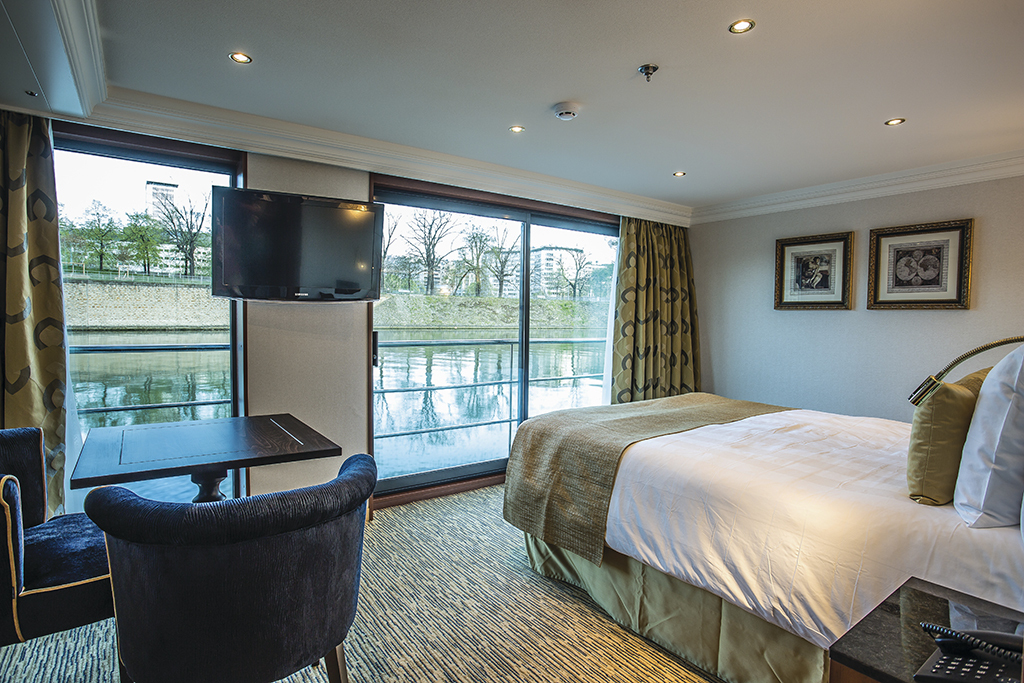 My Category 6 stateroom was one of the new 225 sq. ft. rooms. With a full-sized French balcony and a halfwidth floor-to-ceiling window, these rooms are as light and airy as they are spacious. A super-soft bed faces the French balcony, allowing you to enjoy a coffee from the in-room Nespresso maker while sitting in bed.

A small sitting area with a proper table and two chairs makes it easy to relax, and I was impressed at the amount of storage space that Tauck was able to fit into this new room. The award for most jaw-dropping improvement, however, goes to the bathrooms in these new suites: marble- clad affairs bookended by a rainforest shower and stocked with Molton Brown toiletries. Don’t be surprised if you catch yourself taking photos of it, along with the rest of this beautiful ship.

The brilliance of Normandy

The Sapphire sails Tauck’s nine-night Rendezvous on the Seine cruise-tour itinerary. With seven cruising days (plus two days at a luxury hotel in Paris), the company really pulls out all the stops on this fabulous cruise through France’s Normandy region.

Known for its inclusive events, Tauck does not disappoint on the Seine. A welcome dinner at the Pullman Paris Tour Eiffel Hotel saw guests dining in the rooftop restaurant, just blocks from Gustave Eiffel’s iconic creation. A few days later, a French country château, nestled into the hills by an off-the-beaten- path rural road, served as the setting for a traditional, candle-lit dinner that recreated the grand galas of times gone by.

These are events that you would not be able to purchase on your own, and they’re exclusive to Tauck. And, with just 98 guests, these events are even more intimate and unique than they have been in the past. 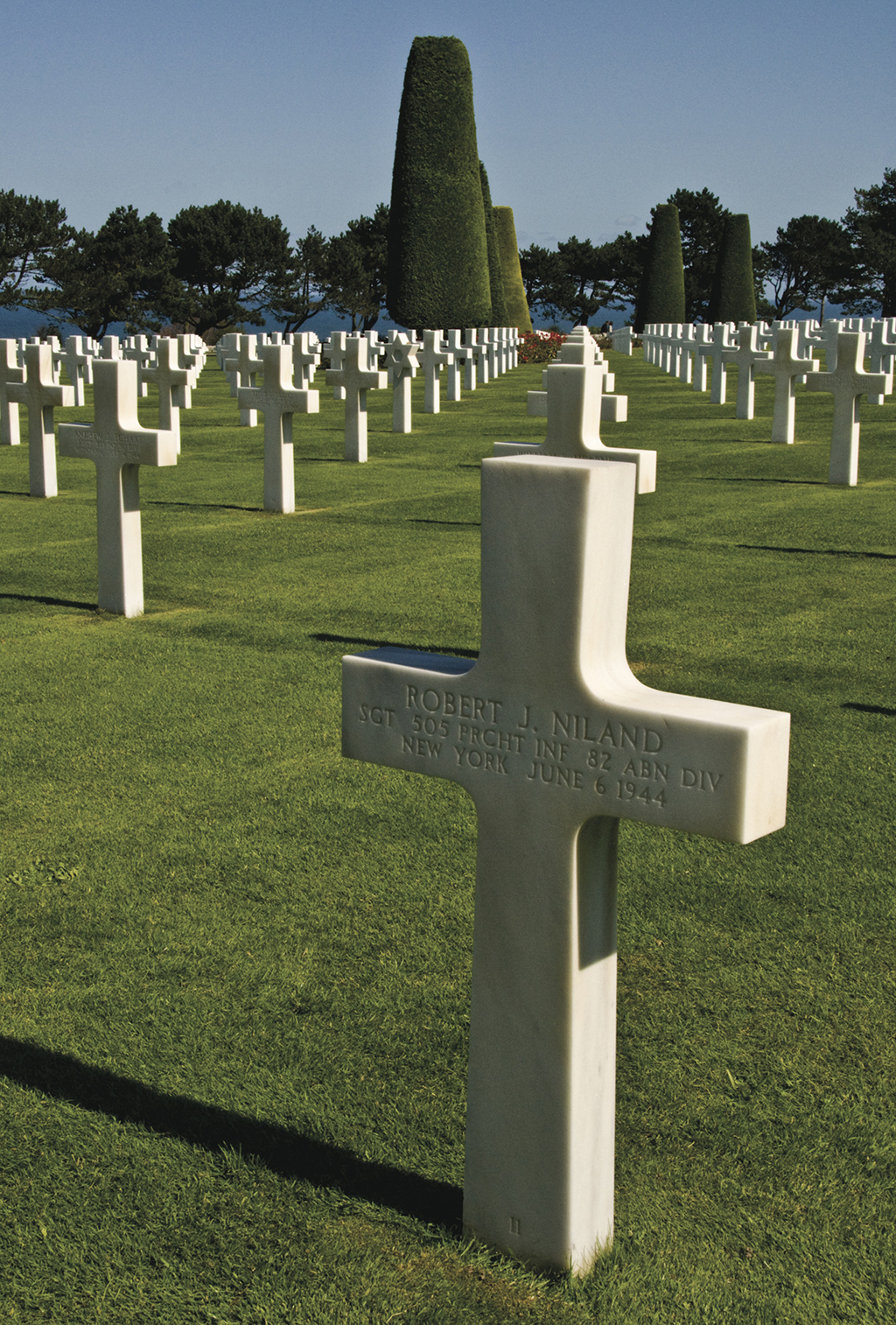 As wonderful as this itinerary is, it was also sombre and reflective. A fog-filled day introduced us to the D-Day landing beaches, where Allied forces came ashore on June 6, 1944.

Particularly moving is the visit to the American Cemetery at Omaha Beach, where over 9,000 soldiers are interred. The fog obliterated the landscape and I found myself in a sea of white crosses that disappeared over the hills in every direction, crushed by the weight of the past.

Tauck ends this river cruise on a high note, with a private visit to Claude Monet’s home and gardens at Giverny. At sunrise. If it seems like it’s all created especially for you, well, it is. That’s just part of the Tauck magic.

In a world where travel is dictated by the numbers, Tauck’s “less-is-more” approach is as refreshing as it is enjoyable. Let’s hope it catches on.

IF YOU GO Tauck offers a wide selection of small ship ocean cruises as well as all-inclusive river cruises and extensive land itineraries, all over the world. Commencing this year they now offer Canadian Dollar pricing. For complete information, visit www.tauck.ca or see your preferred travel advisor.