Discover Your Next Yacht Cruise Destination with Riviera 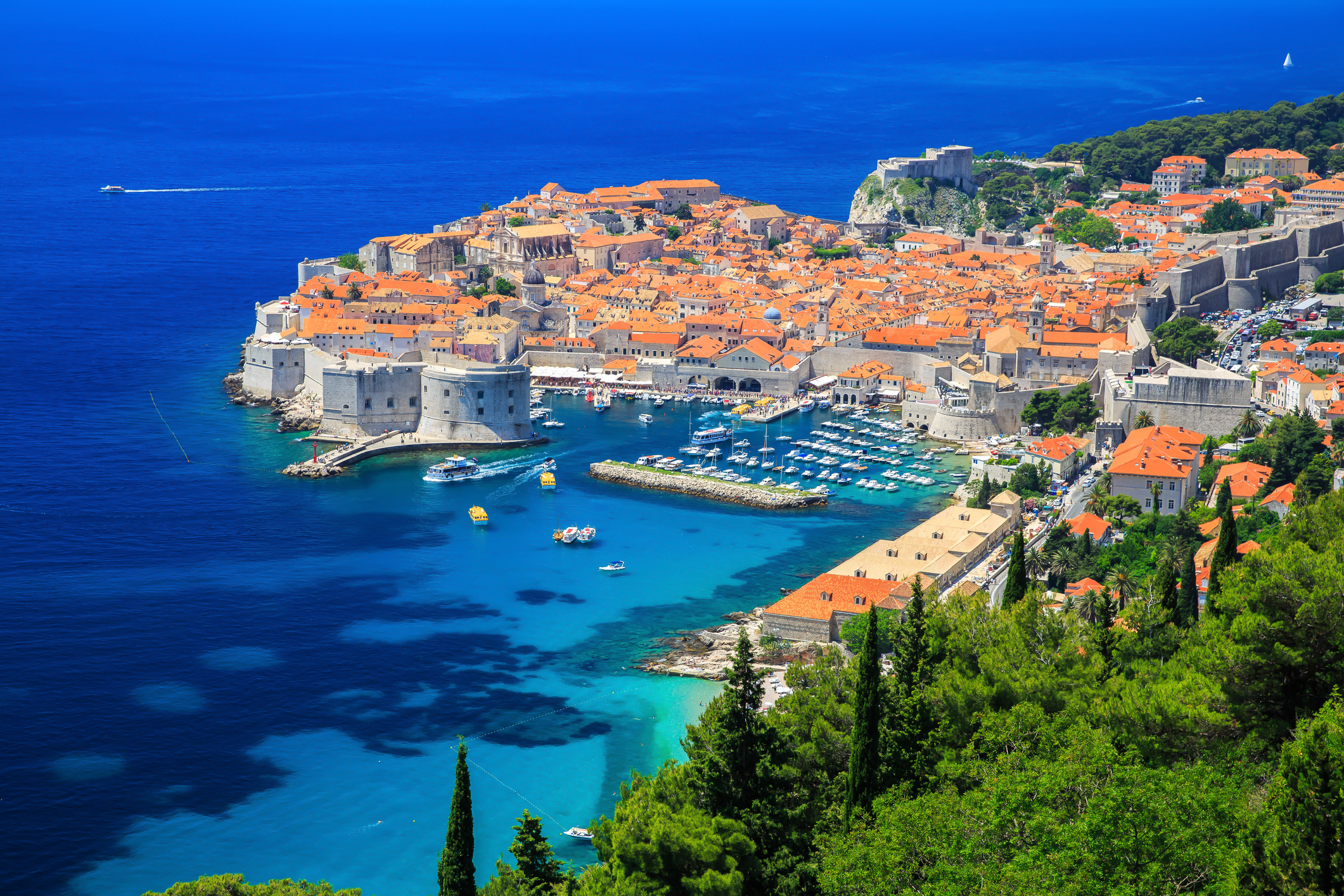 Sail the Adriatic Sea, the northernmost arm of the Mediterranean known for its warm temperatures and calm currents, surrounded by dramatic landscapes and some of Europe’s clearest waters aboard your very own yacht-cruiser. You will visit small, picturesque ports on the Dalmatian coast, the southernmost region of Croatia, a popular destination with sailors and boaters from all around the world. Previously reserved only for the wealthy, you can now experience small intimate vessels carrying less than 40 guests on board, allowing you to explore the less accessible islands and delightful bays perfect for swimming and relaxing while cruising along Croatia's scenic coast.

Riviera's small yachts sail between the islands and the shore, affording spectacular coastal views and memories of fun filled days that will stay with you for a lifetime. And with so few guests on board, a convivial atmosphere soon prevails as you gather in the intimate surroundings of the sun deck for a nightcap. After just a few hours on board you will be on a first-name basis with your fellow cruisers as well as the friendly yet unobtrusive staff who attend to your every need. The dress code is casual and summer dresses, shorts and t-shirts are the order of the day. This is exactly how a vacation should be!

Each day begins with an excellent breakfast on board offering an assortment of hot and cold menu items. Some days lunch or dinner is prepared on board, showcasing mouth-watering local cuisine with a selection of meat and fish dishes, soups, breads and freshly prepared salads, all delivered with a beaming smile. And no cruise is complete without the Captain’s Dinner, yet another delicious feast featuring the best of Croatian cuisine. There is no ‘seating plan’ and you get to choose your own table as well as dining companions. You can even dine al fresco on the upper deck. The choice is always yours! 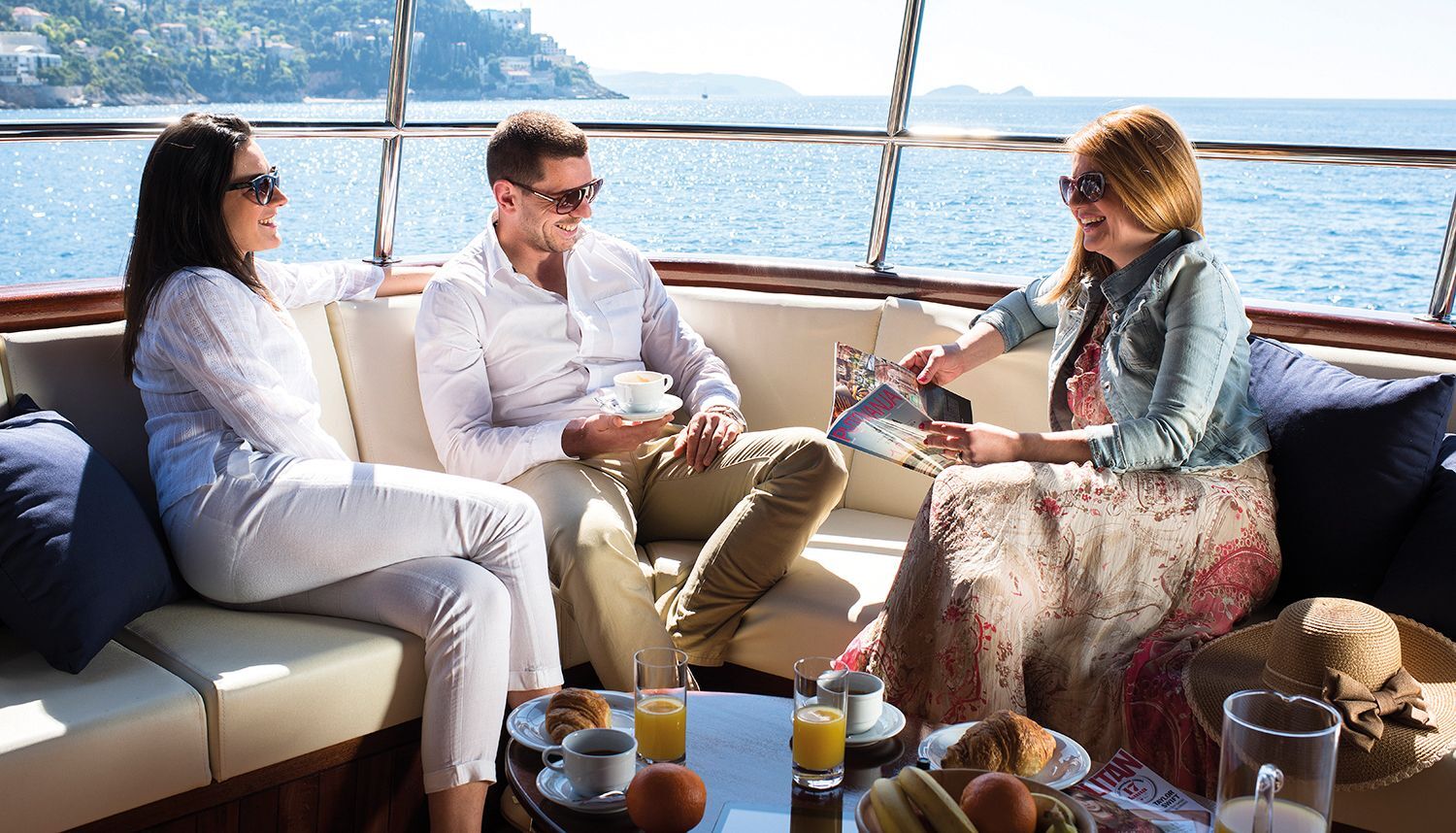 During each itinerary, you will also be free to enjoy a couple of lunches or dinners ashore, giving you the opportunity to sample some of the traditional local fare such as the black risotto (crni rižot), the incredible peka (a blend of vegetables and meat baked under a bell-like dome) served with home-made crusty bread and of course a glass (or two) of the local wine or gemišt (a refreshing combination of white wine and carbonated water). Ask for the inexpensive domaće vino (the restaurant’s house wine) and you won’t be disappointed. Local wine production is steeped in Croatian history and dates back more than 2,500 years!

Every evening the ship remains moored so you can take an after dinner stroll ashore, exploring these beautifully preserved Venetian style medieval towns filled with history, architecture and happy families enjoying their summer evenings together. And let's not forget the ice cream shops. You really don’t want to miss out on the ice cream (sladoled in Croatian) or gelato while in Croatia. Such a treat and so many wonderful flavours to choose from. 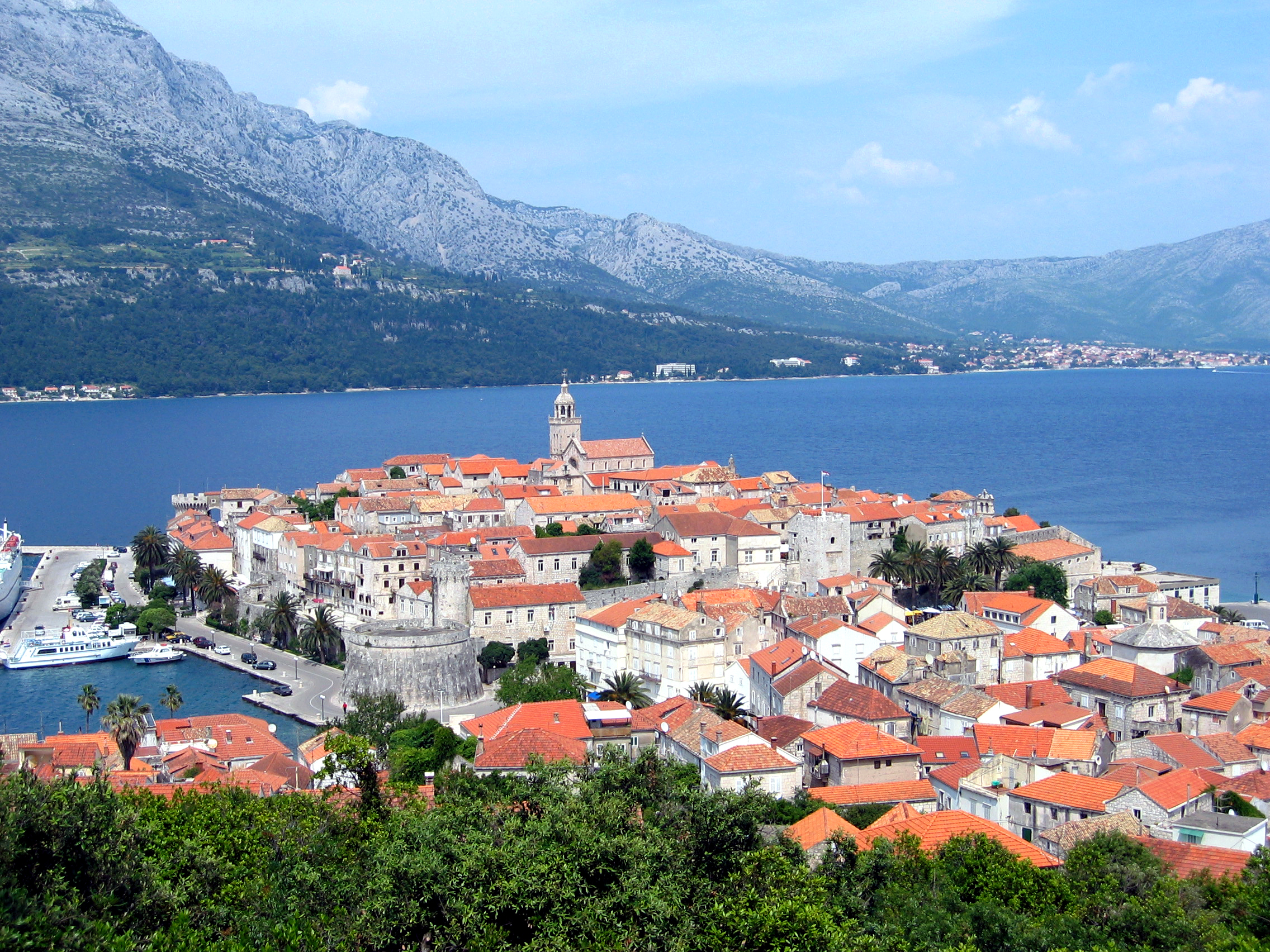 Wondering where to go on a yacht cruise? From Split to Dubrovnik or Mostar to Rab, it can be hard to select which incredible itinerary would make your perfect yacht getaway. To help with your decision, we have listed available itineraries below, each with a short description about what makes them particularly interesting and special.

Dubrovnik, Split & Jewels of the Dalmatian Coast (8 days aboard the MV Corona)

Highlights include: tour of the UNESCO Heritage Site, Dubrovnik, known as the "Pearl of the Adriatic"; tour of Split; sailing past the Elaphite islands; the island of Mljet and a visit to the 12th century Benedictine monastery; visit to the historic town of Hvar; Makarska riviera and its Mount Biokovo reaching 1,828 metres above sea level; Omis where the emerald green river Cetina runs into the Adriatic and a former stronghold of the formidable Corsairs of Almissa; Stari Grad on the island of Hvar where the yacht moors overnight; the historic town of Korcula, ruled by the Venetians for 800 years and reminiscent of a smaller Dubrovnik with architectural gems at every turn; and the idyllic village of Pučišća

Split, Zadar & Secrets of the North (8 days aboard the MV Riva)

Highlights include: a tour of Split and its Emperor Diocletian’s palace, one of the greatest structures of the Roman Empire; the medieval town of Šibenik with its impressive cathedral; a guided tour of Trogir, a historic coastal gem with one of the most spectacular cathedrals in the Adriatic; a guided tour of Zadar, the ancient capital of Dalmatia with the style and charm of the Italian Riviera; visit to Krka Valley National Park and its breathtaking waterfalls and lakes; visit to a coastal town of Vodice; quaint harbours of Zlarin and Rogoznica set amidst a scenic landscape of cypress forest and vineyards; cruising through the Kornati National Park, with its 90+ desert-like barren islands and striking views at every turn 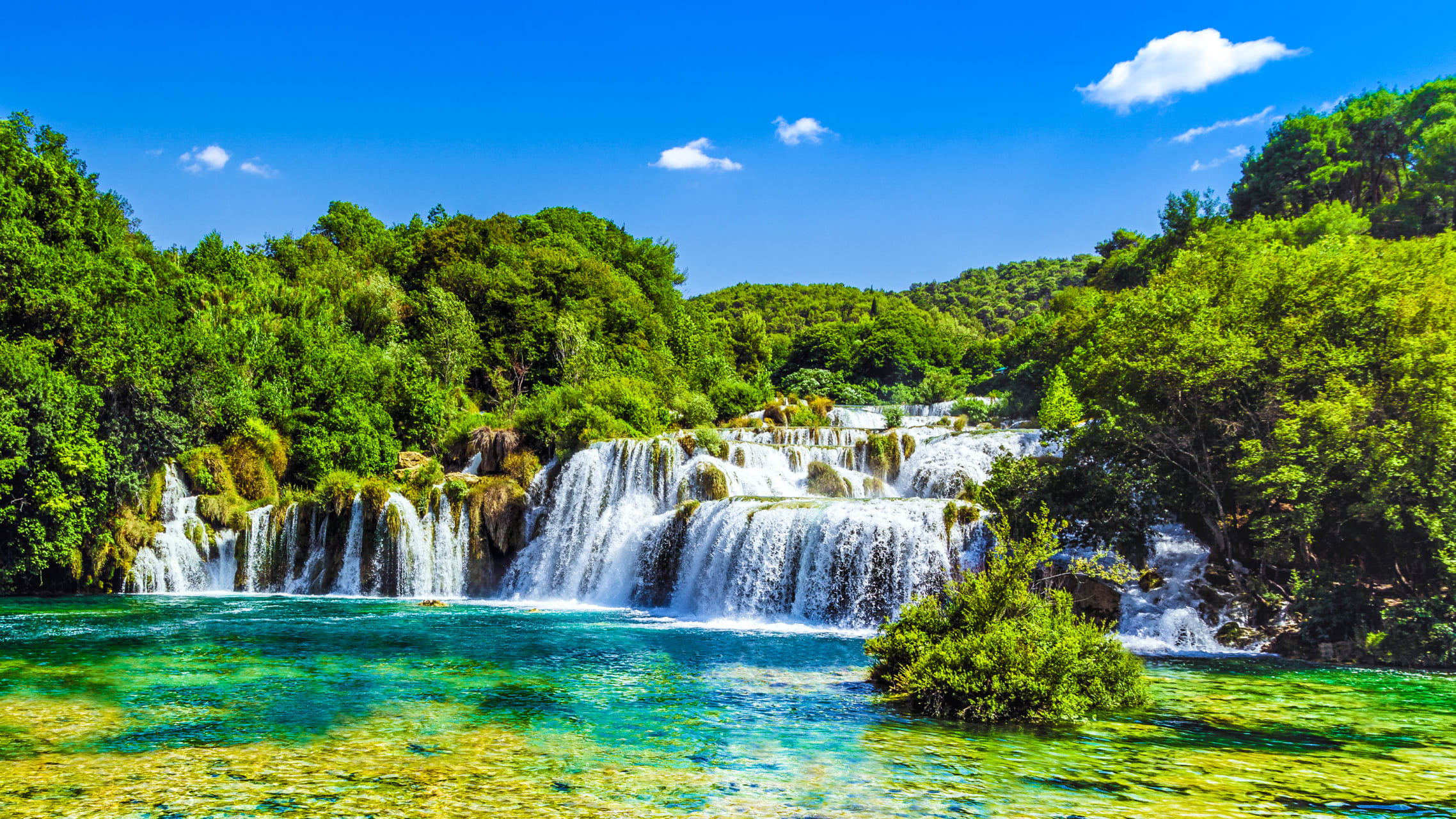 Split, Dubrovnik & the Splendours of Dalmatia (8 days aboard the MS Adriatic Sun)

Highlights include: tour of Split and its Emperor Diocletian's Palace, one of the greatest structures of the Roman Empire; breathtaking walled-city of Dubrovnik, the “Pearl of the Adriatic” made famous as the setting of the TV series Game of Thrones; the ritzy town of Hvar; the untouched island of Mljet with it's 12th century monastery and two salt water lakes; guided tour of Korcula, birthplace of Marco Polo; and the beautiful island Brač, showcasing its spectacular beaches and pine forests

Split, Rab & Undiscovered Islands of the North (8 days aboard the MS IL Mare)

Highlights include: guided tour of the historic capital of Split and its ancient harbour; guided tours of medieval towns Trogir and Šibenik as well as the coastal town of Zadar; Rab island with its fertile vine and olive groves and grand Italianate houses; an evening stroll in the village of Vodice; the fishing town of Sali on Dugi Otek (literally Long Island); cruising through the breathtaking Kornati National Park with its rugged coastline, desert-like islands and limestone cliffs; visiting Telašćica, one of the largest and most beautiful natural harbours in the Adriatic and wandering the shores of its natural salt Lake Mir 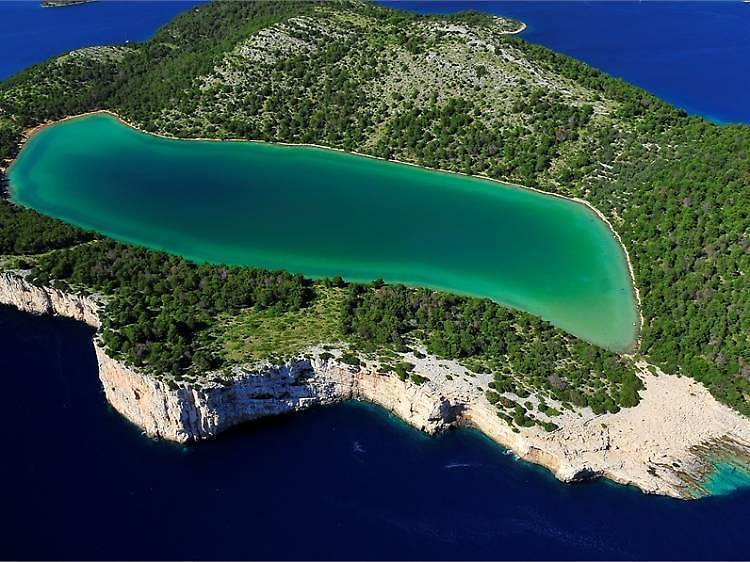 Dubrovnik, Mostar & Secrets of Dalmatia (8 days aboard the MV Markan)

Highlights include: Dubrovnik, the ‘Pearl of the Adriatic’; the unspoilt islands of Lastovo and Vis (a set for the Mamma Mia! Here we go again movie); the captivating Blue Cave on Bisevo with its magical grotto, a tourist attraction dating back to the 19th century; the legendary Golden Horn beach on the Isle of Brač; old stone houses and the sandy shores of Bol; the stunning Neretva River Delta, one of the last remaining wetland deltas in Europe, rich in flora, fauna and wildlife; and a full day excursion and a guided tour of the Bosnian/Herzegovinian historic city of Mostar, destroyed in 1993, then painstakingly rebuilt and finally re-opened by Prince Charles in 2004

No matter which itinerary you choose, there is no doubt you will enjoy one of the best vacations of your lifetime. 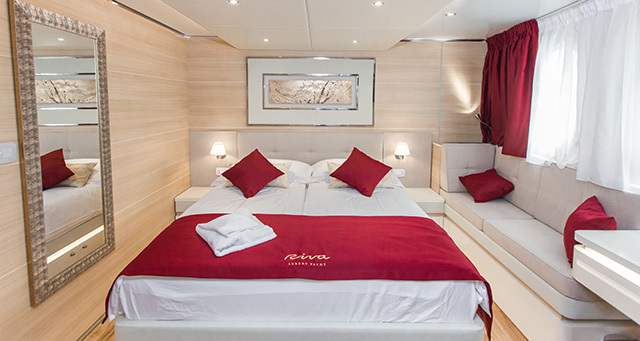 Contact your Travel Professional or Riviera Yacht Cruises for details.

Cunard has announced designs for all accommodations on the brand's newest ship. The highly anticipated Queen Anne is ... learn more

I WAS BACK IN THE COUNTRYSIDE that has given me some of the happiest travels of my life. For my husband, it was a fir... learn more

Sailing Beyond the Edge

I MUST ADMIT that I am an unabashed Celebrity Cruises fan. I’ve always felt this way about this premium cruise compan... learn more

I’M STANDING ON A grassy bank, staring at the sparkling Aegean Sea. A gentle breeze blows, and although there’s a ste... learn more