Emerald Waterways has announced it will be adding intimate yacht cruising to its growing portfolio of river cruises when the 100-guest super yacht – Emerald Azzurra – launches in July 2021.

Emerald Azzurra will be the first vessel launched under the new Emerald Yacht Cruises brand, part of the newly formed Emerald Cruises portfolio. 2021-2022 itineraries in the Adriatic, Mediterranean, and Red Seas are available for booking now, with early bird pricing available.

“Emerald Waterways has been operating award-winning river cruises in Europe since 2014,” said Glen Moroney, owner and Chairman of the Scenic Group. “The launch of Emerald Yacht Cruises and the stunning new Emerald Azzurra are a logical extension of the Emerald Cruises portfolio, adding intimate yacht cruising in the Mediterranean to the existing Emerald Waterways river cruise offerings.”

The 360-foot long Emerald Azzurra has been custom-designed to cruise the waters of the Adriatic Coast, the Red Sea and the Mediterranean, offering guests an intimate, boutique yachting experience. The yacht will call on multiple ports in Greece, Italy, Croatia, Montenegro, France, Turkey, Cyprus, Malta, Spain, Israel, Jordan and Egypt. As well as exploring the major highlights in these regions, guests will also have unique access to the smaller ports and harbors only accessible by small yachts, giving them the freedom to explore the authentic local towns and villages off the beaten tourist track.

As the newest yacht in its class sailing these waters, Emerald Azzurra’s spacious suites, which start at more than 300 ft², have been designed with a modern feel and upscale amenities including a wellness centre complete with gym and spa. Unlike other ships in this class, 88% of the cabins feature balconies from which to admire the breath-taking views. In the true style of a super yacht, the ship features a marina platform from which guests can take part in a variety of activities including paddle boarding and snorkelling. Emerald Azzurra will also feature three tenders and two zodiacs for shore landings. 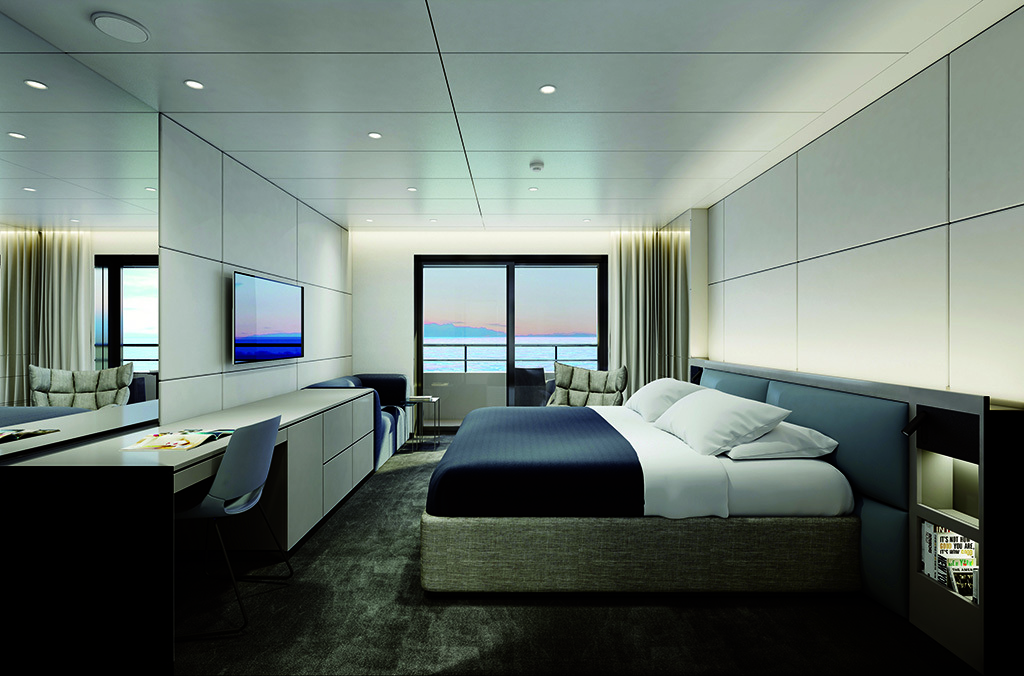 A few highlights of the Emerald Azzurra’s program include the following itineraries:

In keeping with the brands’ inclusive pricing structure, sailing on the Emerald Azzurra will include fine à la carte dining at dinner; breakfast and lunch buffets stocked with fresh, locally sourced ingredients; complimentary sommelier-paired wine, beer or soft drinks with lunch and dinner; all onboard gratuities; transfers to and from the airport; port charges and all taxes. On shore, guests will enjoy included EmeraldPLUS cultural experiences, a range of included EmeraldACTIVE excursions, and can book DiscoverMORE optional excursions to tailor their cruise.

Emerald Azzurra will become the first ocean vessel owned by the new Emerald Yacht Cruises brand and will sit alongside Emerald Waterways comprising the newly formed Emerald Cruises. Emerald Cruises currently features nine branded Star-Ships offer river sailings in Europe and on the Mekong, as well as the MS Rossia along the Volga River in Russia; the Adriatic Princess and Adriatic Pearl yachts in Croatia; and the MS Hamees on the Nile.

Additional information can be found by contacting your local travel agent or by going online to www.emeraldcruises.ca.

Signs of Spring - Worth Traveling For

Spring may be the most hopeful season. There is nothing more uplifting than seeing Nature reborn every Spring. It’s l... learn more

In celebration of Earth Day 2021, The Travel Corporation (TTC) and its family of brands have announced a five-step Cl... learn more

Following the April 9th eruption of the La Soufrière volcano, St. Vincent and the Grenadines has issued an urgent app... learn more