Join Ponant and Smithsonian Journeys on a Solar Eclipse Cruise

For an opportunity that is truly once-in-a-lifetime, sail into the path of totality for the 2023 solar eclipse in the Timor Sea, miles away from the crowds expected on land. This is one of only five total solar eclipses remaining worldwide this decade, visible in Australia, Timor-Leste and Indonesia. In an event lasting close to three hours, the sun, the moon and the earth will align to create a Total Solar Eclipse.

Join Ponant and Smithsonian Journeys for this 16-day Solar Eclipse cruise aboard Ponant's Le Lapérouse, designed to explore the natural wonders of eastern Indonesia, Timor-Leste, and the Kimberley region of Australia, and has been specially curated to include observation of the total eclipse of the sun that will take place on April 20, 2023.

Setting sail from fabled Bali, your Smithsonian Journeys expedition begins with two days of swimming, snorkelling, and hiking in Komodo National Park, designated a UNESCO World Heritage site since 1989, and home to unique flora and fauna, including the emblematic Komodo Dragon. A day at sea brings you to the northern coast of Timor-Leste, where your time is split between discovering the history and culture of this recently independent country in the capital city of Dili and enjoying the white sand beaches, music, and crafts of the small villages that dot the coast east of Baucau. 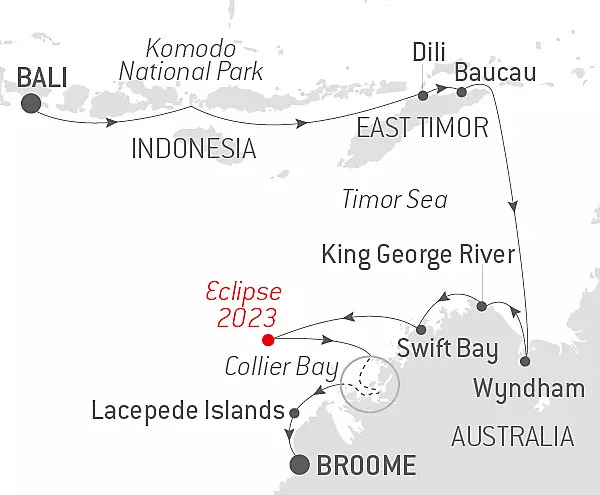 Heading south across the Timor Sea, you arrive in Wyndham, Western Australia, gateway to the Kimberley region. Devote three days to the exploration of this great wilderness area, including a Zodiac™ tour of King George River and a sampling of the aboriginal rock art of Swift Bay. You will also have the opportunity to cruise the Ord River, fly over the fascinating Bungle Bungle mountains, or explore one of the world's last remaining frontiers in El Questro.

Next comes the centrepiece of your expedition, as Le Lapérouse sails back into the Timor Sea to take up a position in the path of totality of the solar eclipse, which will last for more than three hours from late morning to early afternoon on April 20th, with an approximate period of totality of just over one minute. 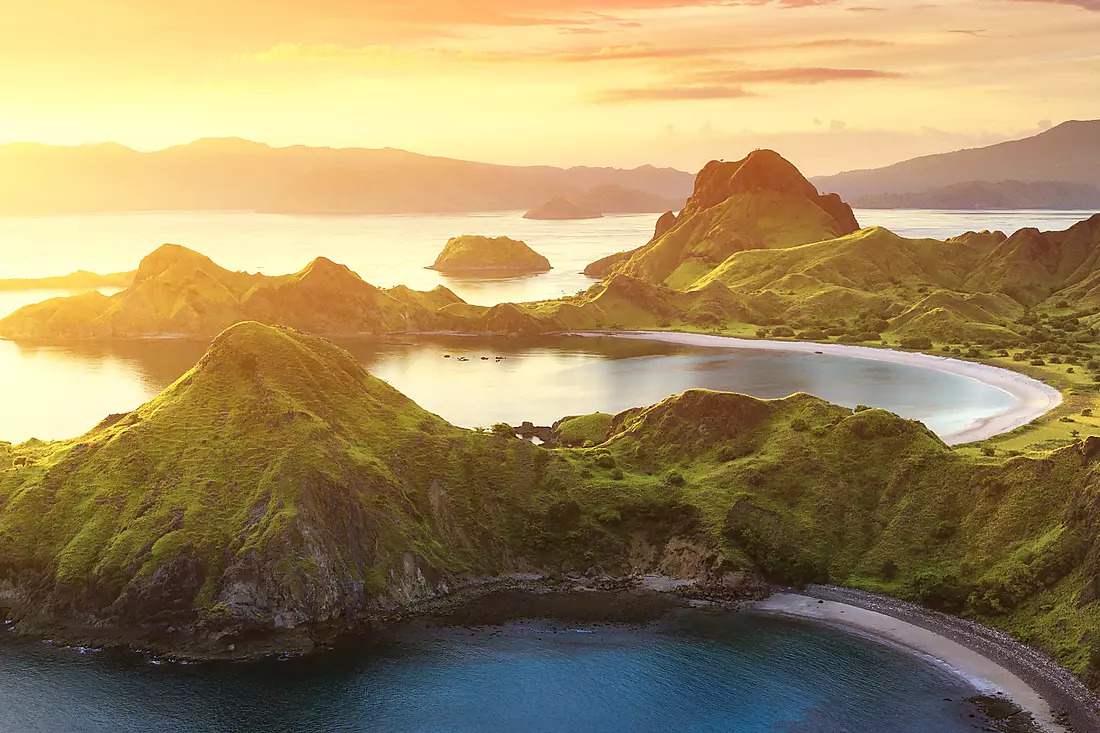 Returning to the Kimberley, enjoy three more days of exploration, including the world-famous Montgomery Reef, revealed each day by massive tides, the "Horizontal Falls" of Talbot Bay, described by Sir David Attenborough as 'one of the greatest wonders of the natural world', and the rich breeding ground for Green Turtles, Brown Boobies, Roseate Terns, and many other species in the Lacepede Islands. Your voyage ends in the resort town of Broome in Western Australia.

PONANT and Smithsonian Journeys have organized the following programme for you:

Carrying only 184 guests in tastefully decorated staterooms and suites, all with balconies or private terraces, this sleek and elegant yacht, the first of six Ponant Explorer Yachts, Le Lapérouse, launched in 2018 and features the latest technology and innovations while respecting the environment. One of the most spectacular aspects of this yacht is the unique, magical Blue Eye lounge located in the hull, literally on Deck Zero. Even the entry to the lounge, with its blue shadowy light, raises goosebumps! As you descend the staircase, the multi-sensory effect is outstanding. The great visuals, surround sound from the waters and the clever interior design make this lounge a winner. Guests love the ability to sail under the waterline, seeing and hearing marine life in a very special way – all the while enjoying a cocktail or glass of champagne and canapés. No blended drinks are allowed and no shaken martinis either – nothing noisy that could interfere with the calm, peaceful atmosphere of the lounge.

Life Onboard and Included Features:

Space is limited. Contact your Travel Professional for complete details!

Explore the Earth from Top to Bottom with PONANT