Small-Ship Expeditions to Awaken Your Sense of Wonder

Earlier this year, Ponant, a pioneer in destination immersion, discovery and exploration, and Smithsonian Journeys, the travel program of the Smithsonian Institution, embarked on a new frontier together: a collection of unique travel experiences focused on the natural world, history and culture. These curated, all-inclusive itineraries feature Smithsonian Journeys experts and include excursions that celebrate our instinct to explore. Guests can look forward to such events as visiting a Beluga Whale sanctuary on Heimaey in Iceland; making authentic Japanese udon noodles and sampling sake in a traditional sake-making village; an exclusive hosted visit to the Smithsonian Tropical Research Institute in Panama City; an exclusive, private, night-time tour of the Alhambra in Granada; visit to Eilean Donan castle and the Isle of Skye in Scotland; and a tour of the Volvo Museum in Gothenburg, Sweden which contains every Volvo model produced since 1927 to name just a few.

Every journey will include services of a Ponant travel director and enlightened discussions led by two featured Smithsonian Journeys Experts, guided excursions in every port, transfers between the airport and the ship, “a night at the Smithsonian” theme nights/dinners, trivia nights, signature cocktails, lapel pins, documentaries shown in the theatre and so much more….all this in addition to Ponant’s already all-inclusive luxury experience aboard yachts featuring refined design and carrying no more than 264 guests on board. 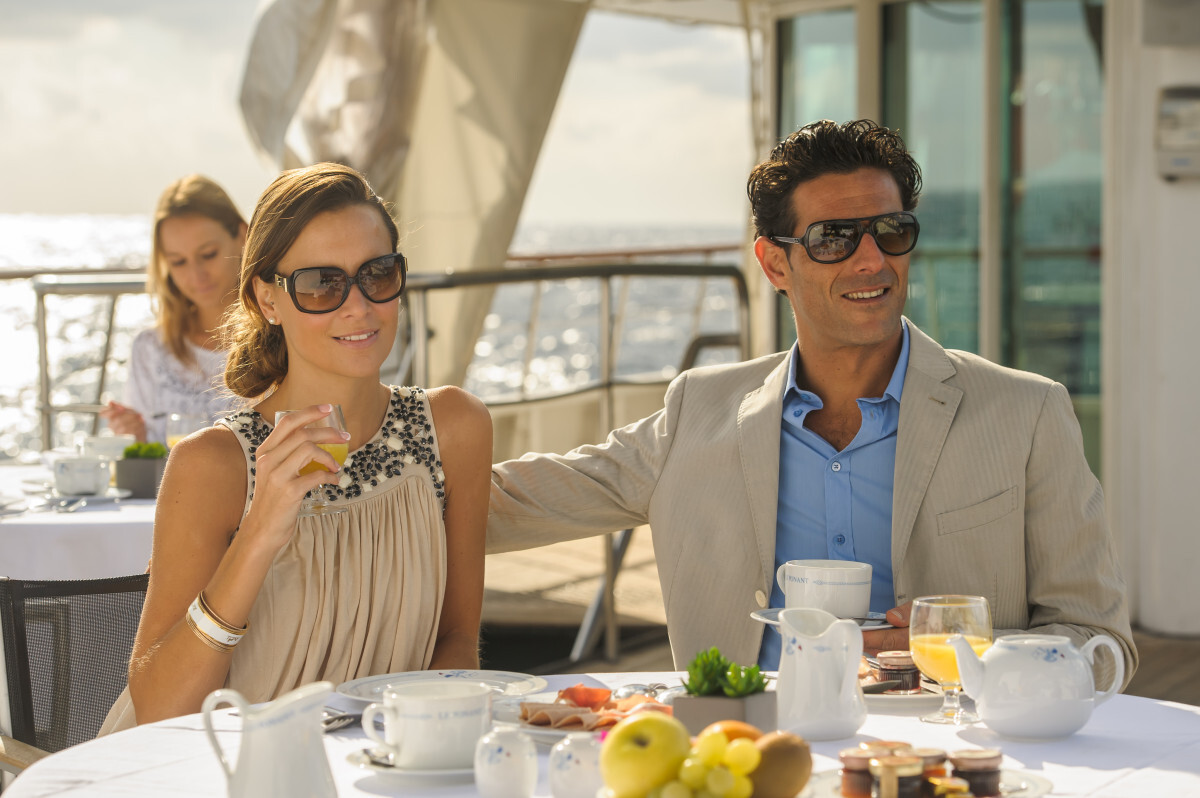 Explore Antarctica, Japan, Iceland, the Mediterranean, British Isles and Norwegian fjords, the Great Lakes and the Canadian Maritimes, Croatia, Greek Isles or the countries of the Persian Gulf just to name a few, in the company of Smithsonian Journeys guides that are experts in their fields, ranging from archaeologists and scientists to anthropologists and historians.

Highlights include visits to the UNESCO World Heritage site of Bryggen, Heart of Neolithic Orkney; a sailing through the spectacular fjords of Norway, with two stops to visit a glacier and embark on a train journey on the famed Flåm Railway; a discovery of two archipelagos in the north of Scotland –Shetland and Orkney –to delve into the Neolithic and Viking history that abounds there; an opportunity to visit Eilean Donan castle on the Isle of Skye and to sail the waters of storied Loch Ness; a chance to tour a distillery and sample the region’s famous scotch whiskey. 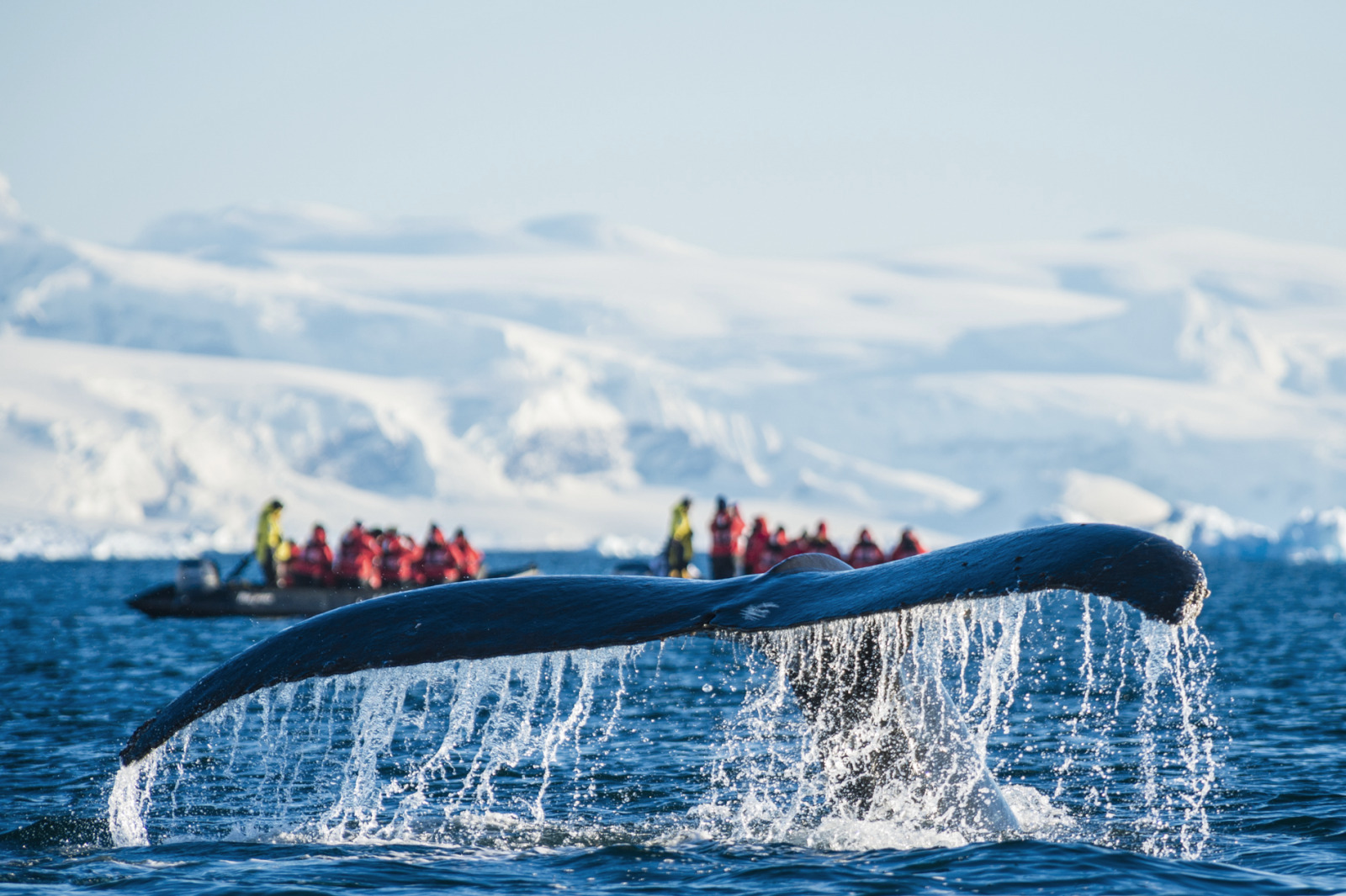 Celtic Voyage: The Hebrides and the Irish Sea

An exceptional itinerary to discover the Celtic lands of Scotland, Northern Ireland, Ireland, and Wales; visits to the UNESCO World Heritage sites enroute: Giant's Causeway and Causeway Coast, Castles and Town Walls of King Edward in Gwynedd; an opportunity to visit Eilean Donan castle and the Isle of Skye; an overland exploration of the Hebrides, from the Isle of Mull to Iona; a visit to Dublin, a UNESCO Literature City, and a chance to view the Book of Kells.

Cruising the Dalmatian Coast and the Ionian Sea

A cruise between the Adriatic and the Ionian Seas, discovering four Mediterranean countries of Italy, Croatia, Montenegro, and Greece; visits to numerous UNESCO World Heritage Sites of Venice and its lagoon (your embarkation port), the plain of Stari Grad on the island of Hvar, the old towns of Dubrovnik, Kotor and Corfu, the sanctuary of Delphi (from Itea), the Acropolis of Athens (your disembarkation port); breathtaking panoramas of the Croatian islands of Rovinj and Hvar; sailing in the Bay of Kotor; crossing the Corinth Canal which connects the Ionian Sea with the Aegean Sea.

Cruising the Greek Islands of the Southern Aegean

A cruise in the Aegean Sea to discover the Greek Islands; visits to the UNESCO World Heritage Sites of the Acropolis in Athens (embarkation port), Delos, the Monastery of Saint John and the Cave of the Apocalypse in Patmos.; discovering the pearls of the Cyclades: Amorgos, the Santorini Caldera, Folegandros, Delos, Mykonos and their ancient ruins, typical landscapes and beaches; an exceptional sailing in the Santorini caldera and many swimming opportunities.

Set sail on an exceptional itinerary that will take you along the Spanish and Portuguese shores, from Gaudí’s Barcelona to Lisbon. Visit Palma de Mallorca in the Balearic Islands and its circular Bellver Castle; UNESCO World Heritage La Lonja de la Seda and Santiago Calatrava’s City of Arts and Sciences in Valencia (we are fortunate to have some of Calatrava’s beautiful architectural work here in Canada); head to Andalusia’s enchanting Málaga, Cádiz and the magnificent Alhambra in Grenada as well as the palace of Alcázar in Seville, both UNESCO World Heritage Sites. Before you say goodbye, enjoy a stroll through the streets of Lisbon’s seven hills and visit Jerónimos Monastery and the Belém Tower, another UNESCO World Heritage Site. 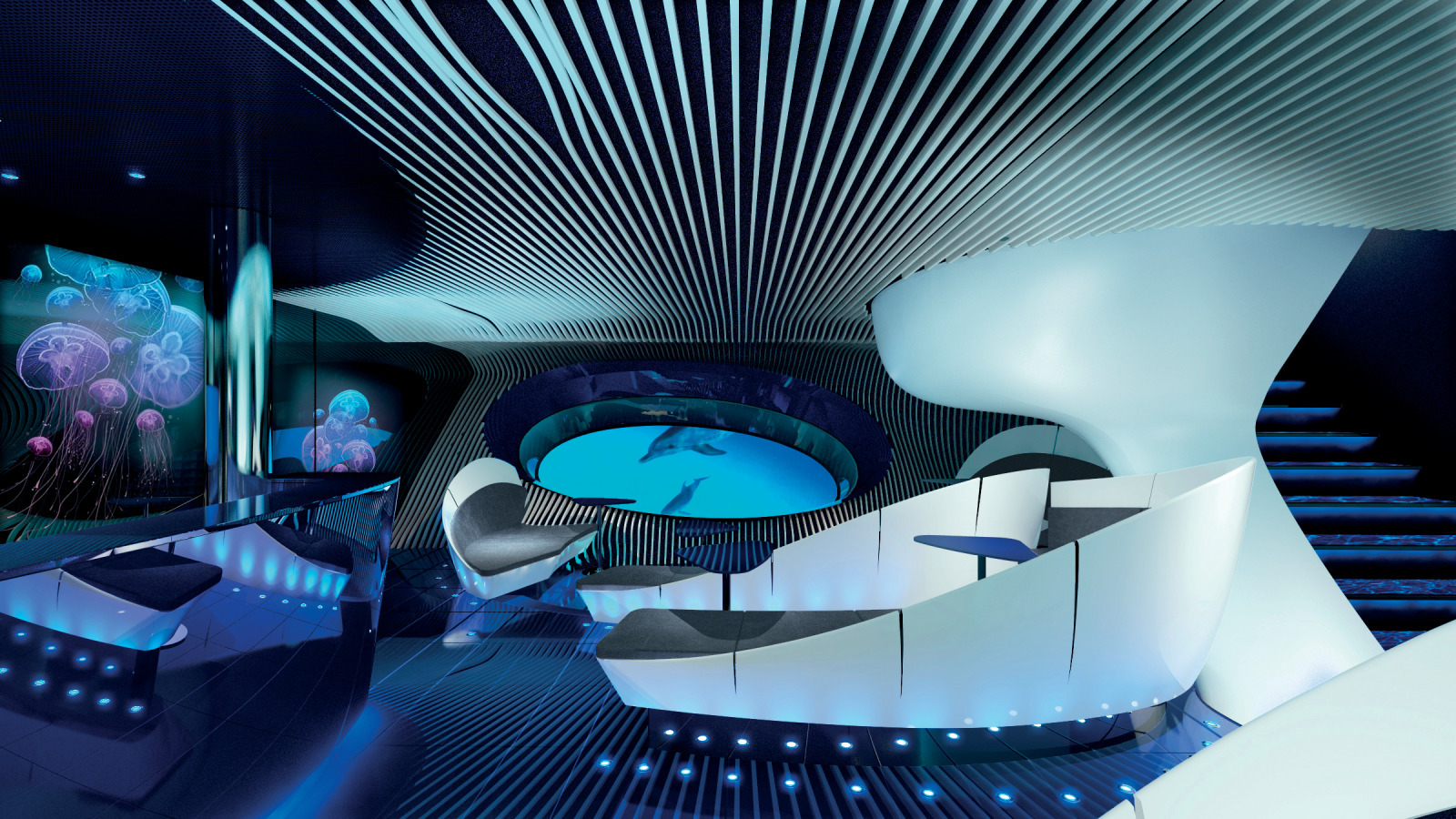 This exploration of the southern Persian Gulf and the cities that dot its shores begins in Dubai, a small coastal hamlet fewer than 100 years ago that is now a world class centre of commerce and finance. It is home to Burj Khalifa, the world's tallest building, as well as to fabulous spice and gold markets and the marvellous Dubai Museum. Other highlights include Louvre Abu Dhabi, Sheikh Zayed Grand Mosque, Hajar Mountains, Museum of Islamic Arts, Fujairah Fort and Museum and Al Bidya Mosque, the second oldest mosque in the United Arab Emirates.

Setting sail from fabled Bali, enjoy swimming, snorkelling and hiking in Komodo National Park, a home to unique flora and fauna, including the emblematic Komodo Dragon. Explore the natural wonders of Indonesia, Timor-Leste, and the Kimberley region of Australia, where you can spend three days to exploration of this great wilderness area, including a Zodiac tour of King George River and Swift Bay. Fly over the fascinating Bungle Bungle mountains, or explore one of the world’s last remaining frontiers in El Questro. The centrepiece of your expedition will take place on April 20th in the Timor Sea, where your yacht will take up a position in the path of totality of the solar eclipse, which will last for more than three hours, with an approximate period of totality of just over one minute.

A Circumnavigation of Sicily

Join your fellow explorers on a circumnavigation of Sicily, a crossroads of the many historical civilizations—Greek, Roman, Arab, Byzantine, Norman—that have flourished along the shores of the Mediterranean. Sail from Malta to Porto Empedocle, gateway to the fabled Greek temples of Agrigento; Trapani and the ancient Doric temple of Segesta; Palermo and its Byzantine-Arab-Norman Cappella Palatina; Norman castle-turned-archeological museum in Lipari; an evening sailing past an active volcano in Stromboli and visit wineries on the slopes of Mount Etna. 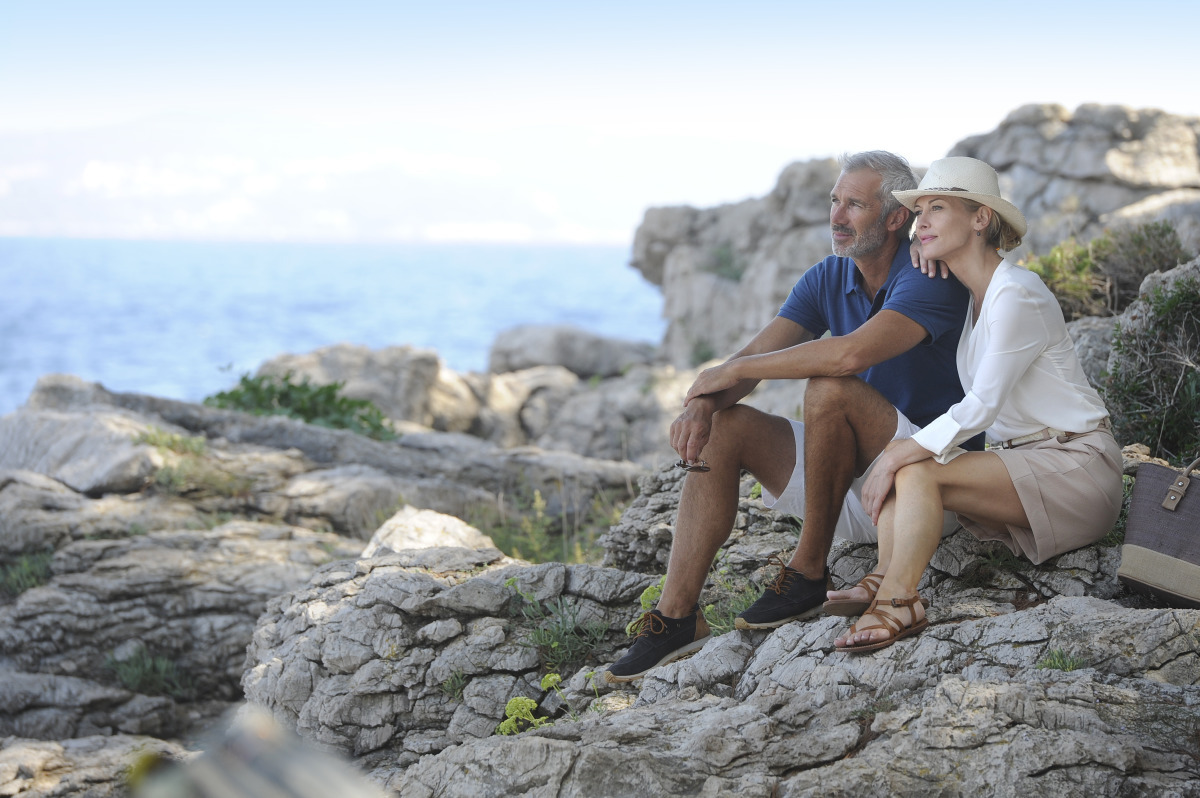 Symphony on the St. Lawrence

Featuring Boston Pops conductor Keith Lockhart and six musicians for a program of musical performances while sailing the waterways of eastern Canada and northern New England. Navigate the St. Lawrence Seaway, a network of lakes, canals, and locks, visit Montréal, Québec City, the oldest European settlement of Tadoussac, and the picturesque village of Percé at the tip of Gaspé Peninsula, a gateway to the UNESCO Global Geopark of Bonaventure Island. Continue onto Charlottetown, Cap-aux-Meules, Baddeck, Louisbourg, Lunenburg and Bar Harbor before disembarking in Gloucester, Massachusetts.

For a complete list of all Smithsonian departures visit here. 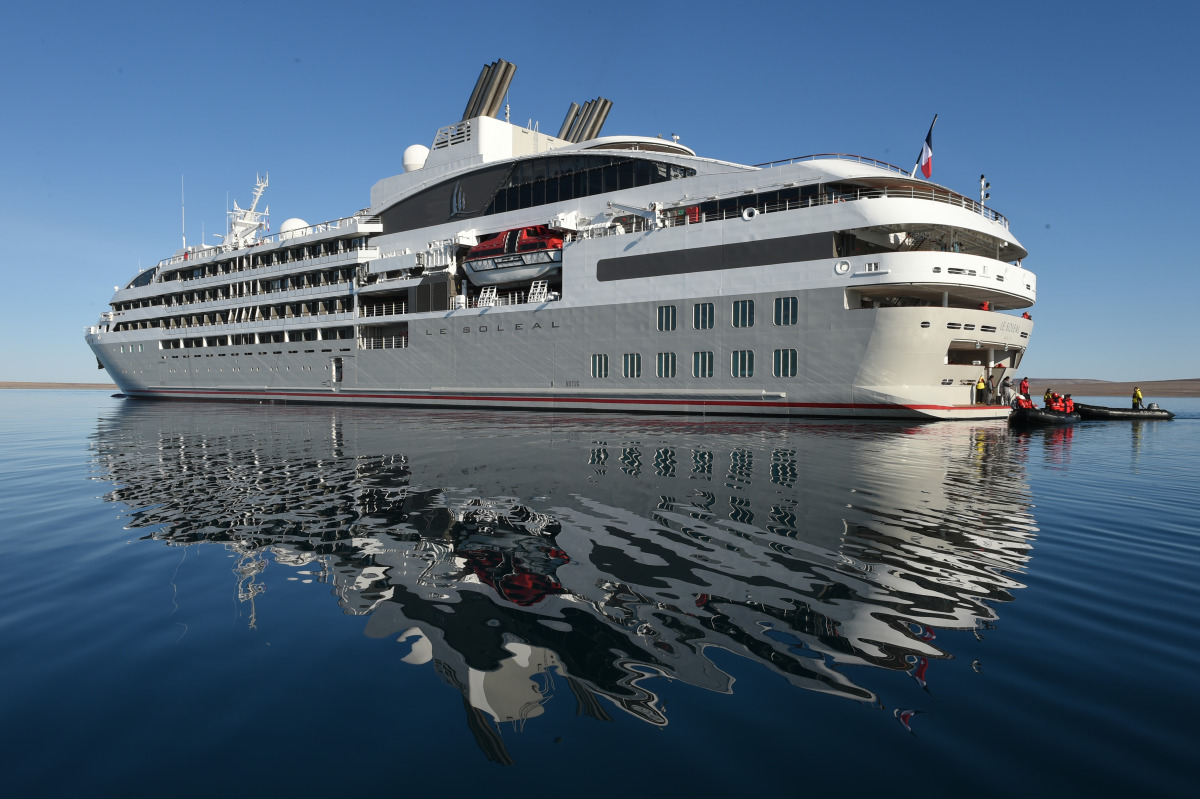 Six new state-of-the-art identical small expedition ships that debuted between 2018 and 2020. Each is equipped with the latest environmental preservation technology and combine understated elegance with a spirit of adventure. All feature the Blue Eye, a multi-sensory underwater lounge, and carry no more than 184 guests. 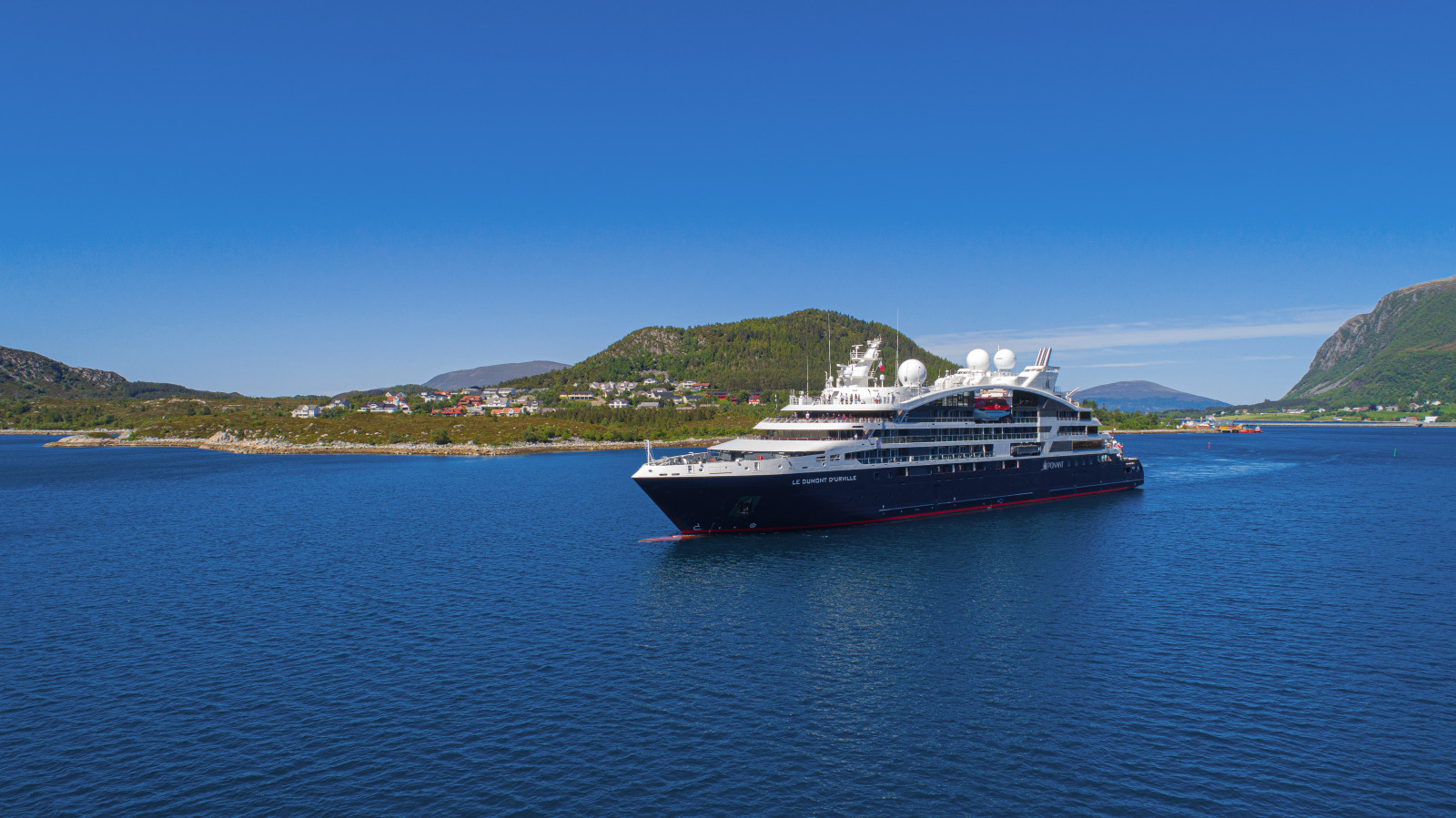 Ponant’s Flagship and the latest addition to the fleet (launched in 2021), this very first luxury hybrid electric polar exploration ship carrying a maximum of 245 guests on board, is the epitome of responsible and sustainable sailing, powered by liquefied natural gas. Fitted with Polar Class 2 (PC2) hull which gives it the ability to sail between the sheets of drifting sea ice and reach the most remote and isolated regions. Return from exploration to the comfort of your own stateroom or suite, each with its own balcony or terrace, fine dining with menus created by Ducasse Conseil and many wellness and relaxation options available onboard.

Discover the Ultimate in Emotions Aboard Le Commandant Charcot

We have had to put the world we know on pause, and while physical travel may not be possible, PONANT invites you to e... learn more