When my flight landed in Amman at 1:35am, I was tired and mildly concerned about making my way through customs, finding my driver and retrieving my luggage – such are the joys of international travel.

I needn’t have worried.

There, smiling broadly and holding a sign with my name, was the first member of the Goway Travel team, the tour company handling my trip. Taking both of my hands in his, he said, “You are very welcome in Jordan.”

He then waved a sheaf of documents at the customs officials and magically moved me right through the line. In moments, I was transferred into the capable hands of my driver guide who also shook my hand warmly and said “You are very welcome in Jordan.”

I was quickly beginning to understand the rave reviews I’d always heard about this country – it’s an easy place to love.

I’d come to explore Jordan – perhaps the most comfortable nation in the middle east for a western woman to navigate – with a particular goal in mind. At a time when many of its neighbours are being rocked by conflict and destruction, I was keen to see how Jordan was preserving its archaeological treasures, its art, culture and its land. 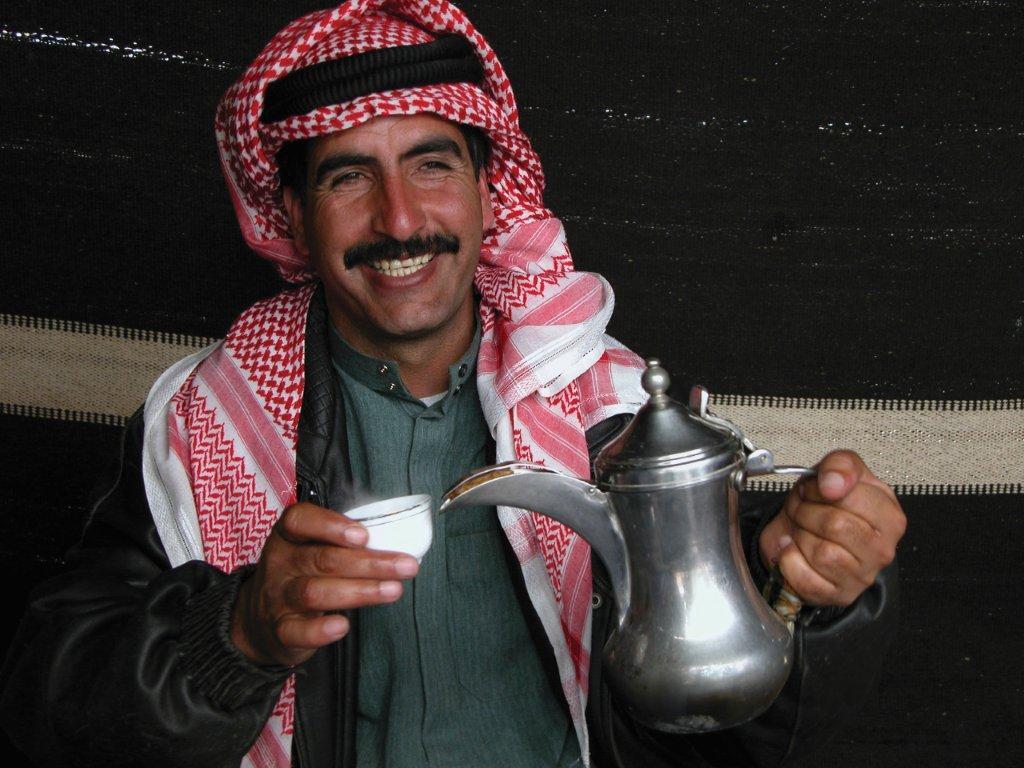 With guidance from Baraka

We began in Amman, the capital city, and we had a fascinating handbook provided for our journey. Muna Haddad, the Founder and Managing Director of Baraka, an organization that works to create authentic tourism experiences for visitors to Jordan has created the Meaningful Tourism map of sustainable tourism areas – a trail that winds from ancient sites to nature preserves to artisans’ workshops. Goway uses this map to give guests the opportunity to meet Jordanians whose tourism work is helping to build and support not simply the economy of their country, but also its culture.

As we started our journey, the Meaningful Tourism map ensured that we weren’t overwhelmed by the busy city streets of Amman, pointing us to the breathtaking ruins of the Amman Citadel and the ancient Roman Theatre as well as the King Adbullah I Mosque. Ramadan was ending when we were there so many places were closed, but thanks to the Map, we were still able to get a sense of Amman’s mix of the ancient and modern worlds.

Of valleys and deserts

Jordan itself, is a mix of many things – urban centres and rugged countryside. My first taste of this was when I woke to a brilliant sun as it rose outside my bedroom at the nature lodge in Jordan’s Dana Reserve. I was struck by the contrast to my hotel in Amman, where the bustling city had been clamouring just outside my window. In Dana, I heard nothing at all. Only the twittering of birds reminded me that I wasn’t completely alone.

Perched on the edge of the massive rocky valley that cracks the heart of Jordan in two, stretching far down into the centre of Africa, the Dana Reserve was one of the national treasures on the Meaningful Tourism map and its silence and isolation are its best features. They mean this rugged landscape is safe from the ravages of bulldozers and cranes – it’s a place where indigenous wildlife can thrive and nomadic Bedouin families can roam with their tents and herds of goats. It offers a sense of what rural Jordan has been for centuries.

I felt that same sense of protected isolation when I reached Wadi Rum, a UNESCO World Heritage site and an important stop on the Meaningful Tourism Map in southern Jordan, not far from the Saudi Arabian border. The vast desert landscape, made famous by Lawrence of Arabia, shelters 25,000 ancient rock carvings and 20,000 stone inscriptions – all precious relics of the ancient cultures who have lived in this beautiful, barren desert landscape for more than 12,000 years. Though the sun on the dunes and the high rock faces is spectacular, it is at night that Nature puts on her most impressive show, filling the Wadi Rum sky with stars so bright you can almost read by them. Without light pollution of any kind, the stars rule supreme. 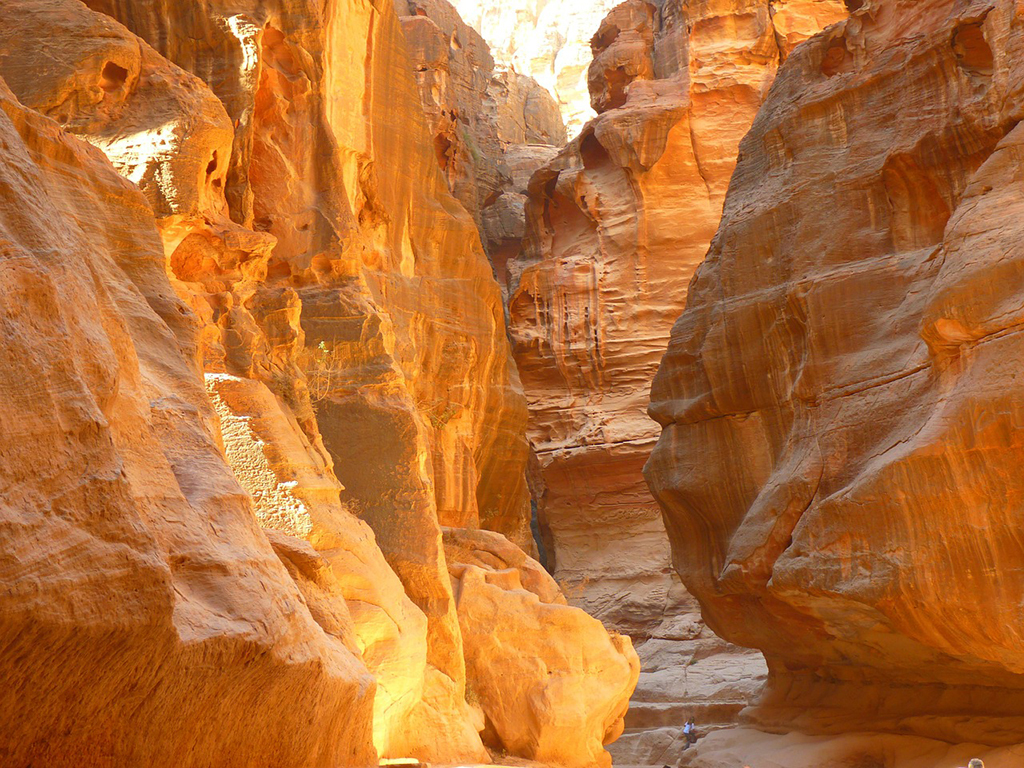 Without doubt, Jordan is best known as the home of Petra, one of the oldest and most famous cultural sites in the world. To reach it, you must walk the Siq, a long, dry, dusty canyon pathway. Every tourist knows that when the Siq ends, they’ll find themselves staring up at the monumental Treasury, the famous stone edifice that marks the entry to Petra. What most tourists don’t know, however, is that not only are the ancient buildings inside Petra under protection as a UNESCO World Heritage Site, but the Siq itself has also been recognized as a cultural treasure by the Jordanian government and efforts are now being made to protect it from landslides and rock damage – the ravages of generations of tourist traffic.

Times are changing in what is now called one of the seven wonders of the world. Just thirty years ago, Bedouins still lived in the caves and weekend revellers camped on the grounds of the ancient Nabatean city of Petra, originally built in 9,000 BC. Today, those areas are protected to prevent further breakdown of the soft red stone from which they’re built. Petra’s popularity is hazardous to the health of the site itself and protecting it is a delicate process. While simply limiting the access visitors have to various areas would seem a straightforward solution, local people depend on tourism traffic to make their living. It’s a balancing act that involves controlling the location of markets and encouraging the artisans who sell their wares within the site while still carefully restricting areas for hiking and climbing.

Though Petra is certainly Jordan’s most famous ancient site, it’s only one of many where the hands of ancient craftspeople left a legacy. In Madaba, spectacular Byzantine and Umayyad mosaics draw travellers, religious pilgrims and art lovers from across the globe. The small town, located just 30 kilometres south-west of Amman, is best known for the Madaba Mosaic Map, a detailed representation in tiny slivers of coloured stone of the area as it was in the 6th century, miraculously preserved in the floor of the Greek Orthodox Basilica of Saint George.

The map is surrounded by other, equally intricate mosaics from the 5th through the 7th centuries – multi-hued blossoms, mythological beasts in dreamlike settings, wild birds, fish and animals. Madaba is a mosaic extravaganza – miraculously preserved, despite the ravages of time and weather.

Nearby, Mount Nebo – where Moses is believed to have led his followers for their first glimpse of the Promised Land below – also houses remarkable mosaics but that’s not what captured my attention. I was struck by a religious group who had clearly traveled to Mount Nebo as a pilgrimage. While other visitors concentrated on photographing the ancient mosaics, the members of this group sat, prayed and then began to sing hymns, while their Jordanian hosts listened respectfully. 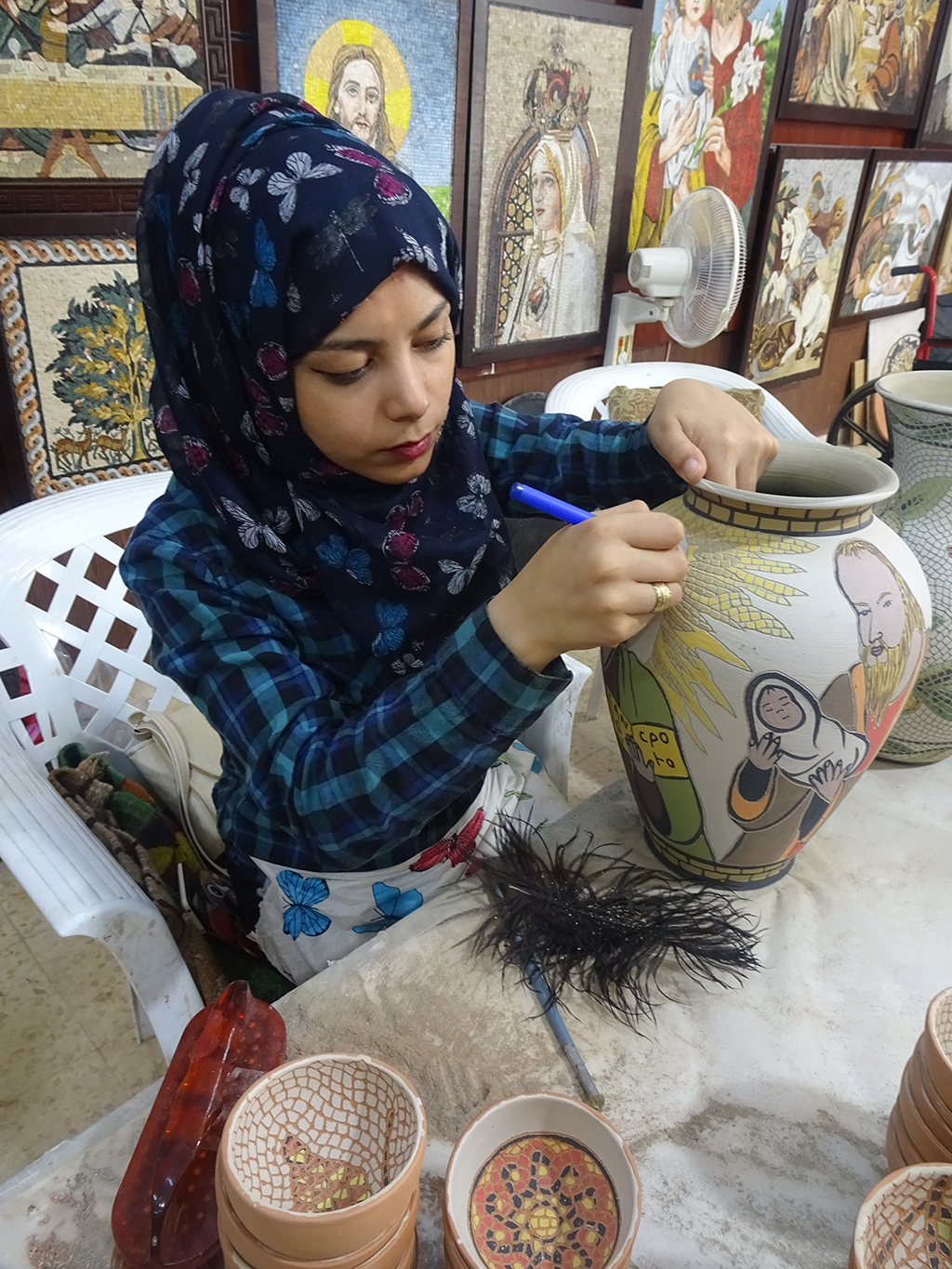 Acceptance is a hallmark of the Jordanian culture and nowhere was that more obvious than in the agricultural and artisans’ workshops we visited. The largest and best known of these, the Iraq Al-Amir Women’s Co-op, was founded in 1993 by Queen Noor, a Syrian-American woman who married King Hussein in 1978 and quickly became a champion for women, for those living with disabilities and for artists across the country. Twenty kilometres southwest of Amman’s city centre, the Iraq Al-Amir Women’s Co-op is housed in 10 renovated historic farmhouses, creating a space for women and girls from Wadi Al-Seer villages to work together to produce ceramics, olive oil soaps, fibre papermaking and handweaving, do food processing, conduct workshops and even offer overnight accommodation for travellers. All women are welcome to work there.

Our Meaningful Tourism Map stops included several co-op workshops as well as one restaurant, Summaga, where the produce served was all grown on 25 local organic farms near the village of Ajloun. Even the herbs used in the delicious traditional recipes were dried and packaged locally.

My favourite of the artisans’ workshops was the Mount Nebo Handicraft Centre, another project of Jordan’s beloved Queen Noor. Appreciating the cultural value of artisans, but recognizing that such careers are rarely lucrative, Queen Noor established

a number of co-operatives across the country. The goal of the Mount Nebo Handicraft Centre is not only to preserve an historic art form but also to ensure that Jordan’s mosaic artists are paid fairly for their work – a price they set for themselves. The work of 115 artists is on display at any time and many enhance their careers by coming to Madaba to work with recognized master mosaic experts.

“Artists from anywhere in Jordan can apply,” our guide explained as he showed us the intricate mosaic pieces that range from tiny, exquisite pendants, to stunning portraits, to complete dining table and chair sets. “If an artist has talent, their training and even accommodation will be paid for. Money is never an issue.”

Only a small portion of the price of each piece goes towards the operation of the largely volunteer-run co-op – the lion’s share goes to the artists.

I watched a shy young woman creating a graceful mosaic design on an earthenware jar. Though she didn’t speak English and was completely immersed in her work, she still made a point of raising her head to smile at me as she carefully placed each tiny piece. It seemed impossible for any Jordanian I met to be less than friendly and accommodating.

From Petra to Madaba to Wadi Rum, the Dana Reserve, the Dead Sea and even in the bustling city of Amman, I was entertained, educated and embraced by everyone I met and I quickly fell in love with this very special part of the Middle East. Everything echoed those first words I’d heard in the airport “You are very welcome in Jordan.”

If you’d like to explore Jordan using the Meaningful Tourism Map as your guide, visit https://www.myjordanjourney.com/experience-meaningful-travel. Goway Travel offers an array of tailor-made itineraries that incorporate the meaningful travel sites – Jordan is only one of the many fascinating destinations available. With their bespoke tours, you can explore all corners of the world, always with an emphasis on supporting the local culture and economy, preserving the environment and minimizing the carbon footprint. For an in-depth look at the journeys available, visit www.goway.com.

Yorkshire and the Lake District: An Elegant Journey into the Past

New Ports and New Avalon Cruises on the Danube in 2021