IT’S BEEN SMOOTH sailing for some 10 days, this sleek discovery yacht slicing through icy blue polar waters with little more than a tilt to port, or starboard. In places remote and extreme, she has navigated into narrow passages, through big packs of sea ice, and into coves where few other ships dare to explore. But here, now, she will face her biggest test.

With winds gusting to hurricane force, and a big swell sweeping spray across my balcony doors, I awake to the whistle and crash of a rather violent storm, just outside my posh suite, here on the world’s most notorious body of water. Carefully striding up to the bridge, which is open to guests, despite the weather, I hang on, one hand for the ship, and draw a breath, just as we tilt down, the bow angled toward perhaps the biggest wave yet. 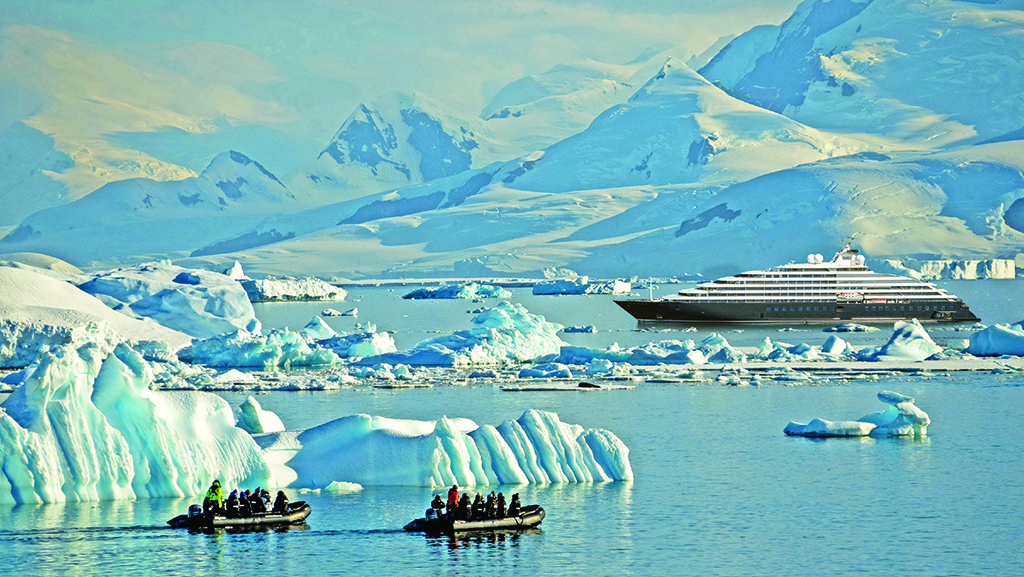 I’m on the Scenic Eclipse, a brand-new, six-star ship, launched last year, to great fanfare, and built for this kind of weather. While the “toys” onboard have received much of the attention – including two helicopters and a submarine – it is this ship’s strength and maneuverability that experts say, sets it apart. That, and 10 different dining experiences, eight bars and lounges, 114 all-veranda suites and, a personal favourite—more than 200 whiskies at the bar, all of them included.

Boarding at Ushuaia in Argentina at the southernmost tip of the Americas, I’m here to explore, and imbibe, and enjoy on the 12-day, round-trip voyage. While the vast majority of polar vessels remain rough-and-ready, old Russian icebreakers and austere expedition ships, the Eclipse represents something new—a ‘discovery yacht.’ “They really wanted a yacht feel – small and intimate feel, small restaurants, top-level service,” Captain Erwan Le Rouzic tells me, noting that he’s been to Antarctica as a captain a total of 36 times. “Like a private yacht. But with more people.” 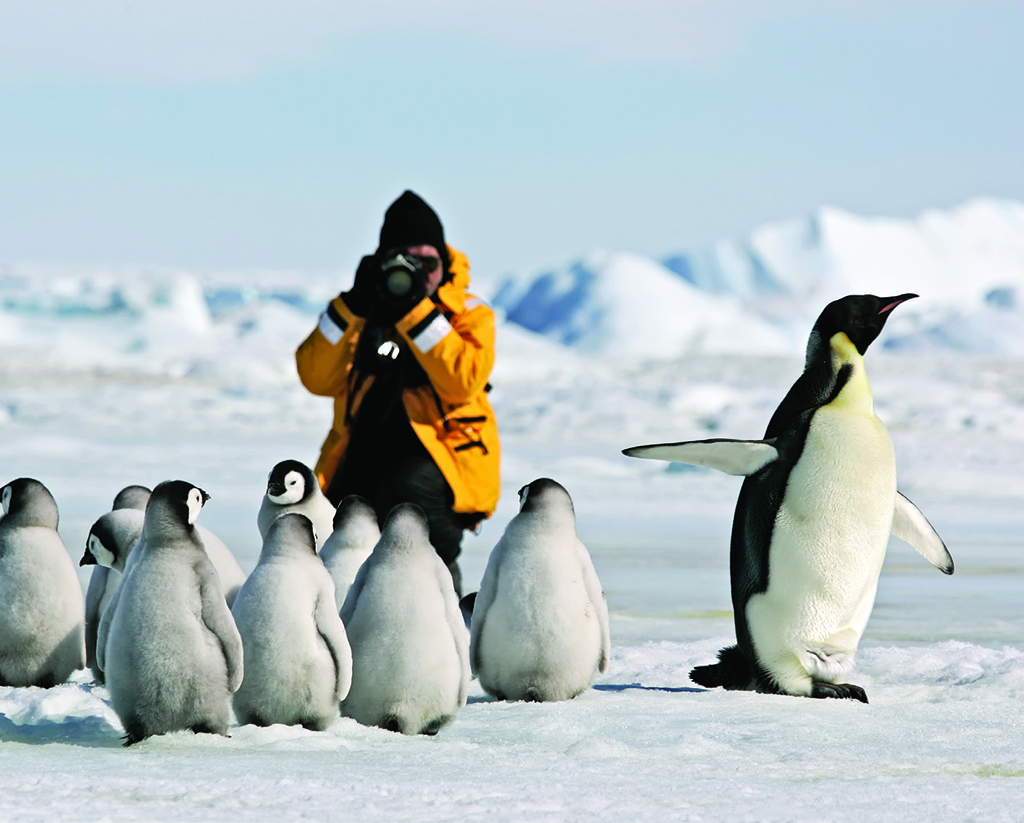 But while it’s fancy (food, drink and gratuities are all-inclusive, plus there’s 24-hour room service and butler service), this is also one of the toughest ships sailing the polar regions today, with a hull strengthened to the highest ice rating – Class 6, meaning that it can sail through frozen waters other ships would avoid. The Eclipse has also been built with “super-sized” stabilizers, keeping the ship steady, even in poor conditions.

My first day onboard, I learn that our sail plan will take us south of the Antarctic Circle, the first time crossing this invisible, but significant, line for the Eclipse, and a latitude further that just a relative handful of visitors get to experience, even amongst other visitors to this, the coldest, driest, darkest continent. “This is a special treat,” Erwan explains at one of our first onboard briefings. “This ship, she was built for this.” 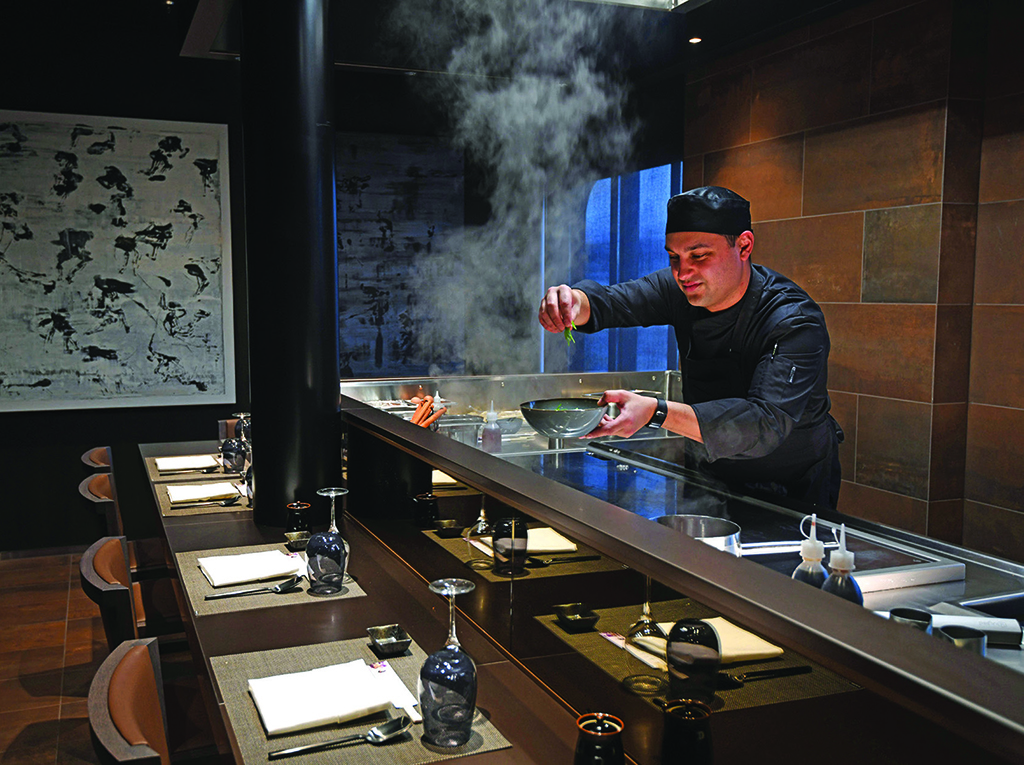 We make great time crossing the Drake Passage, the waterway that separates South America and Antarctica, awakening to an alien world at 66 degrees, 54 minutes South – about 30 miles south of the Antarctic Circle. Outside, the massive mountains are shrouded in cloud, the skies heavy, the vibrancy of blue and white icebergs dampened by a light rain. I layer up, and head down to the zodiac, zooming out into an environment that, for all intents and purposes, could be on another planet.

But that world is alive. Skuas, shags and snow petrels swoop low overhead (of the latter, Erin TK, our expedition guide, tells us, “some birders go their whole lives wanting to see one”). Soon afterward, we’re completely surrounded by crab-eater seals, which play in the wake of the motor and dive below the boat, popping up on the other side. “They’re everywhere,” says TK. “And I’ve never seen them this active!”

And I get to see the majesty of this continent from below, too. Along with the two Airbus H130 helicopters, the submarine onboard – the Scenic Neptune – is a first for Antarctic vessels. Dives last about 40 minutes, and take six guests down into the deep blue, between 50 and 200 metres below the surface, although sub captain (and ship’s chief mate) Antony Gilbert says she can reach 300 metres below the surface. “That’s like the Eiffel Tower, upside down,” he explains. Noting that very few subs have navigated these waters, Gilbert himself seems excited about his job. “It’s like a pioneering dive, every time.”

Taking a zodiac out to the Neptune, we climb down through the hatch and settle into our seats, soon descending to almost 100 metres. It’s a little murky outside the massive blue orbs that serve as all-encompassing windows, but we spot wildlife none of us (save Gilbert) have seen before, weird, slightly translucent “ice fish,” creepy sea spiders, and some sort of worm. We ask the captain its name, but he doesn’t seem sure. “You know, there are still 16,000 unnamed species down here, underwater.” 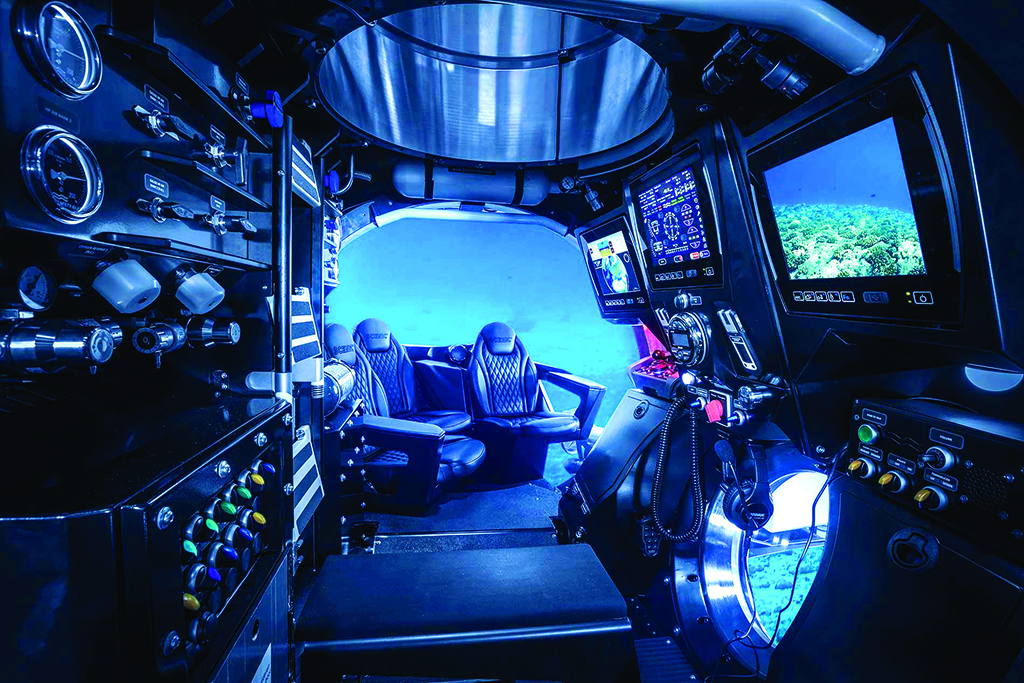 The following days are filled with more thrill and wonder, as we navigate north, making two continental landings, spotting Adelie, Gentoo and Chinstrap penguins, navigating through the narrow Lemaire Channel, guarded by glaciers and forbidding peaks. I board a copter and fly high above Fournier Bay, seeing this continent from a whole different perspective, the blue cracks in glaciers 200 feet thick, running from the toe all the way back to the mountains. Below us, whales “bubble feed,” surging up to the surface in small groups to scoop up massive amounts of krill.

And I eat, and drink, very well. At Koko’s, I sample sake and Asian fusion cuisine, with a menu meant for sharing. At Lumière, I join new friends for a multi-course French tasting menu. I also enjoy dinner – and a show – at the ship’s teppanyaki restaurant. And I try a new Scotch, every day, at the main bar. 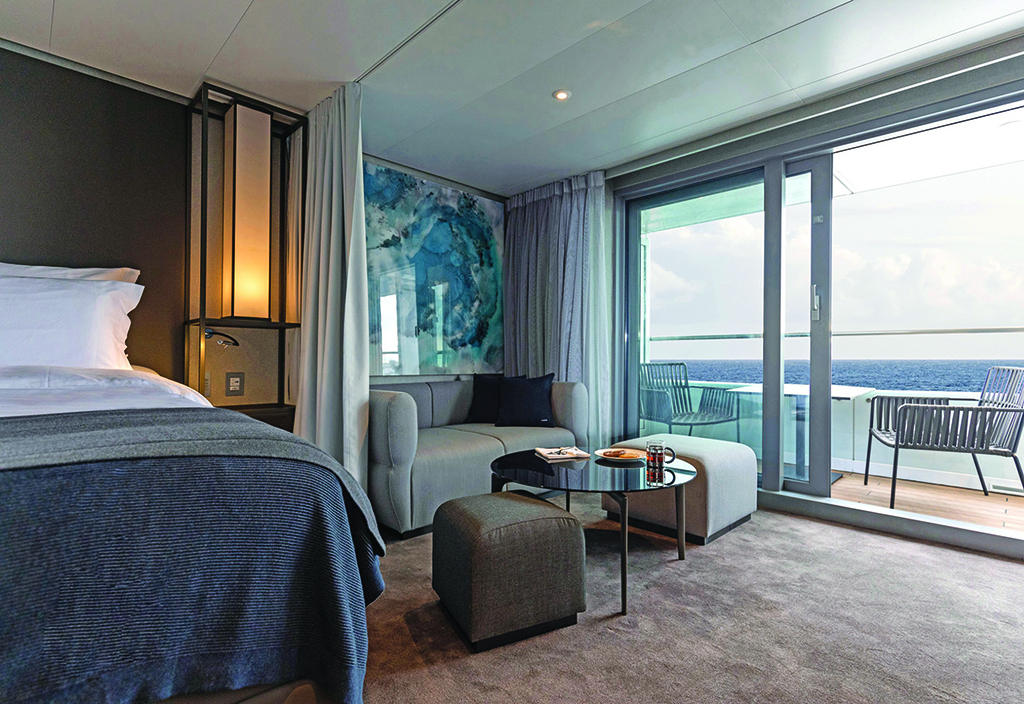 Having navigated away from the continent, then north of the South Shetland Islands, too soon we’re back in the Drake Passage, headed home – and facing a storm. Up on the bridge, I hang on as we angle into that massive wave. And, a moment later, the result is spectacular – a low rumble, then a spray of water, for a moment obscuring our view forward. But seconds later the view is clear, and the Scenic Eclipse is steadfast, continuing forward, steaming all the way back to the Americas.

Sail the World with Scenic Eclipse