I’M STANDING ON A grassy bank, staring at the sparkling Aegean Sea. A gentle breeze blows, and although there’s a steady stream of people, most of us are silent, not because of the pretty view, but because we’re standing on the former battleground of Gallipoli. Officially The Gallipoli Peninsula Historical National Park, this entire area was proclaimed a memorial to World War I by Mustafa Kemal Ataturk, a former field marshal during the war, and the founder of the Republic of Turkey.

Although a somber beginning to exploring Turkey with G Adventures, the country, which straddles two continents, has many sites that link back to major moments in the timeline of our planet, and can easily be a visual history book for travellers.

For Aussies and Kiwis, the Gallipoli Peninsula is a compulsory addition; for anyone, it’s a visceral reminder of war. As we arrive at the highest point of the peninsula, the oversized statues and flags commemorating over 10,000 soldiers who fought here are surrounded by dusty trenches, still visible a century later. 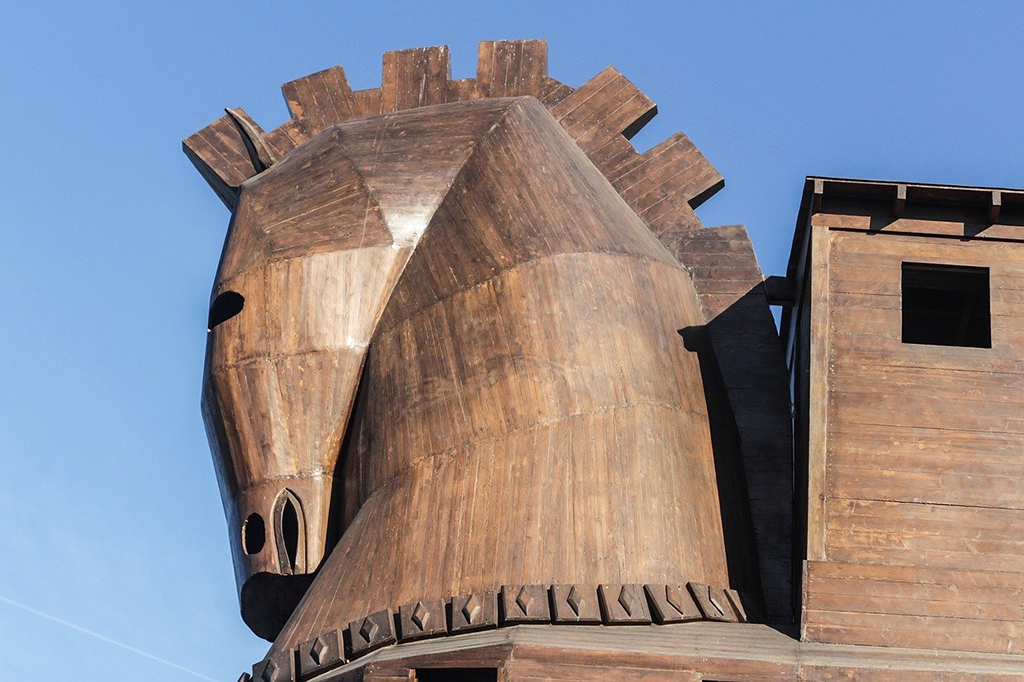 Heading south to the opposite side of the Dardanelles, the next site is something I always thought was more folktale than reality: the city of Troy, now called Hisarlik in the province of Canakkale. In centuries past, this was an important trading port that became the stuff of legends thanks to two of literature’s earliest bestsellers: The Illiad and The Odyssey by Homer, poems by the Greek scribe detailing Odysseus and the 10-year battle to control Troy.

The tour of this UNESCO World Heritage site reveals the stone walls of the ancient city, an area that dates to 3000 BC, with major excavation done by Heinrich Schliemann in 1870. There are nine layers of Troy, stacked on top of each other, with many centuries to be discovered, but the most popular stop is a three-story high wood horse (aka the Trojan horse) adjacent to the gift shop. There, tourists can pretend to be the Greeks, hiding within to surprise the citizens of Troy.

Jumping ahead in time, and farther south, we arrive in the town of Selcuk, near one of the most popular historic attractions of Turkey: Ephesus. But before we enter the ancient city built by the Greeks and Romans, we ascend to a hill to visit the golden Statue of the Virgin Mary, erected by the faithful in tribute as she reportedly spent her last years in Ephesus. It is here that the first church was called the Virgin Mary Church and in 431 AD, an Ecumenical Council of Christians confirmed Mary would be referred to as the Mother of God by the Church.

Descending the hills to enter the gates of Ephesus, the rising sun illuminates the oversized slabs of marble, a hallmark of the building blocks of this historic place. Founded by the Greeks, Ephesus was one of the 12 cities of the Ionian League and by 129 BC, the city flourished under the Romans. 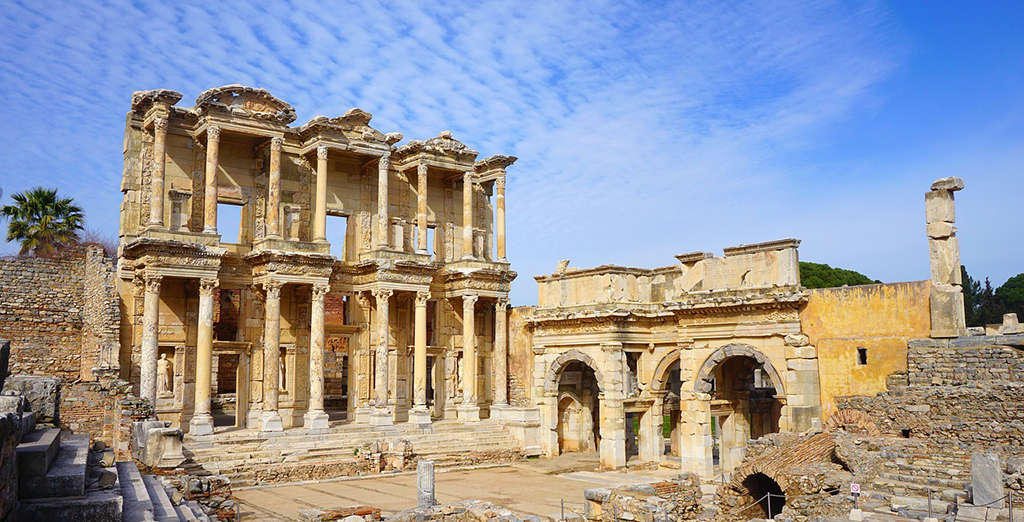 Ancient ruins of the Library of Celsus in Ephesus, Turkey

The Temple of Artemis, now a few columns and marble pieces, was once one of the seven wonders of the ancient world, but for many visitors the must-see is the Library of Celsus, the only library built by Romans still standing today. Although the contents are long gone, rumoured to have been destroyed by the Goths when they sacked the city in 262 BC, the symmetrical Corinthian columns and façade are a lodestone for shutterbugs, as are the statues of female virtues: Sophia (wisdom), Epistome (knowledge) Arete (excellence) and Ennoia (intelligence).

From the communal toilets and baths, to the terrace houses revealing Roman mosaics and frescoes, to the immense Amphitheatre where gladiators and wild creatures battled, Ephesus showcased the Roman lifestyle – a people who loved their comforts and embraced art, culture and entertainment. Although this is the ancient world, it’s still influencing the modern world: a monumental archway in Ephesus was decorated with a stone carving of Nike, the Greek goddess of victory and her symbol, easily recognizable as the logo used by the American sportswear company which bears her name.

In the evening, we’re in the town of Selcuk, where travellers meet to swap stories over beer and share Turkish cuisine faves like pide (pizza), lamb kebabs and mezze platters of roasted red peppers, eggplant, spiced yoghurt and pita, while high above the lively outdoor cafés, the foundations of Roman aqueducts are still standing. 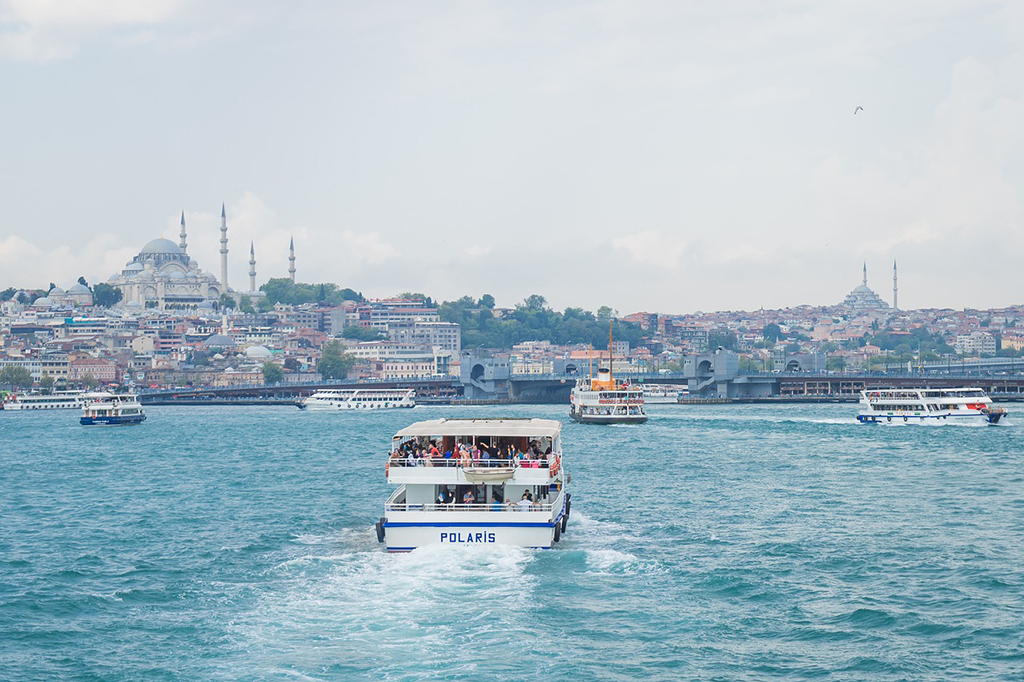 Farther south, we’re now on the shores of the Aegean Sea, zipping through towns which swell each summer with vacationers wanting sunny beach days and evenings spent at the waterside restaurants. We’re welcomed into the town of Ayvalik to a 19th century mansion, now a boho boutique hotel, where rooms feature Turkish textiles, patterned tiles and painted wood furniture and shared spaces have low benches or piles of pillows and kilims, for lounging inside or on the balcony overlooking the town’s skyline.

Walking the cobblestone streets, as the adhan is blasted to the faithful from the mosque to come for prayer, we’re ushered into çöp(m)adam, a local cooperative supported by Planeterra, the charitable foundation created by G Adventures. Women of any age are welcomed here to learn how to sew, using recycled fabrics, pushing their boundaries and redefining the idea that a woman’s place is in the home.

After tea and conversation to learn about the foundation’s ongoing support for the community, it’s hard to resist the shop’s items, like funky tote bags made from old advertising banners and colourful sachets created from donated remnants filled with locally-sourced dried lavender. Our last stop on the history timetable is to Denizli and the former Roman spa city of Hierapolis. As with Ephesus, the city was founded by the Greeks in the second century BC, and became the hot spot of the Romans, proclaimed a necoros (sanctuary) and a healing centre because of its hot springs. 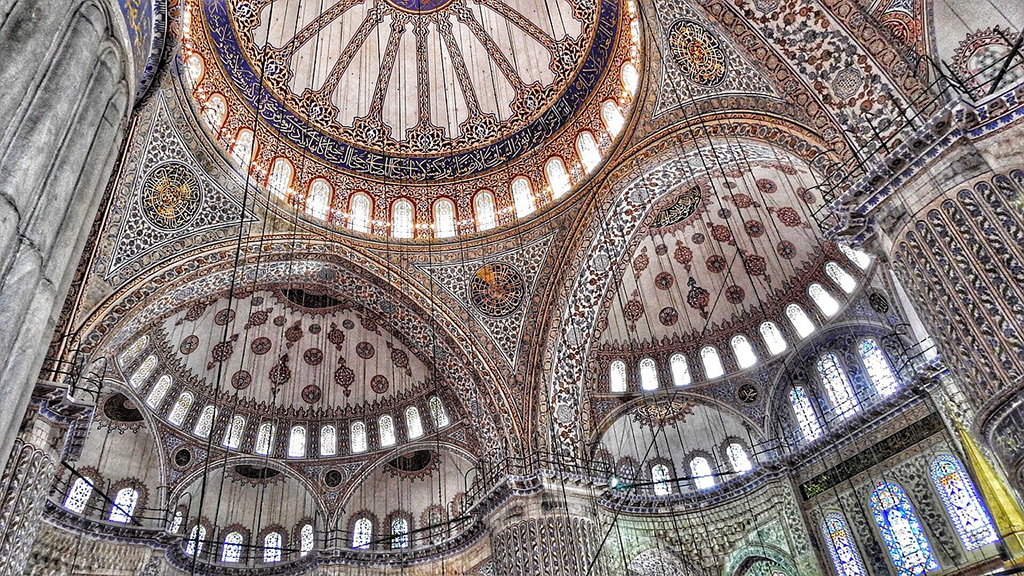 The pièce de resistance is the marble and limestone theatre built by Emperor Hadrian in the second century AD, with 45 rows of seats, and one of the best-surviving Roman theatres to view anywhere. As visitors take their ritual selfies in the seats, there’s an alternative; shelling out money to one of the locals dressed as a gladiator, poised with weapons – the man to rescue you from imaginary enemies.

After a quick soak in the healing waters, floating over ancient columns now sunk in the pools, we walk to Pammukkale, the cotton castle formations that dominate the edge of the former Hierapolis and the skyline of Denizli. Calcium carbonate along with an endless supply of mineral-rich waters has formed these distinctive terraced pools, where visitors can soak their feet, hoping for a healthy side effect. Our night ends with a spiritual ritual: as the music plays, four Sufi men whirl in devotion, the simple movement a communication to God, connecting their past, present and future. Like so much in Turkey, its history is what is encouraging visitors to keep returning to their shores.

Written by Waheeda Harris for Cruise and Travel Lifestyles (Summer 2021)

What's the Christmas Connection Between Salzburg and Stowe?

5 American Wine Regions You Need to Visit Next