A NUMBER OF WORDS appear on the blackboard, but, even before I’ve checked in, only one registers: puma. Getting here took a while, the roads growing thinner and thinner as we made our way through the heart of this small Central American country.

First, we passed tiny, lively villages, with wooden houses and shops painted in bright colours, and people biking along the roadside, or just hanging out together on their front porches. Then, turning north, we sliced through farmland spread out across rolling hills, the tropical sun and rain making everything so much greener, the crops seeming to beam in an almost surreal Technicolour.

Finally, making a left for the final stretch, we entered the rainforest. The canopy closed in, the dense, verdant spread of trees and plants actually crowding the road and blocking out the sky, as if, at any moment, we might just reach an impenetrable wall of vegetation and need to proceed on foot. Many animals inhabit these remote reaches, from howler monkeys to toucans. But from the moment we pulled up and I spotted the chalkboard documenting daily wildlife sightings under the thatched palapa, my quest became singular – to find a big cat, there in the jungle. 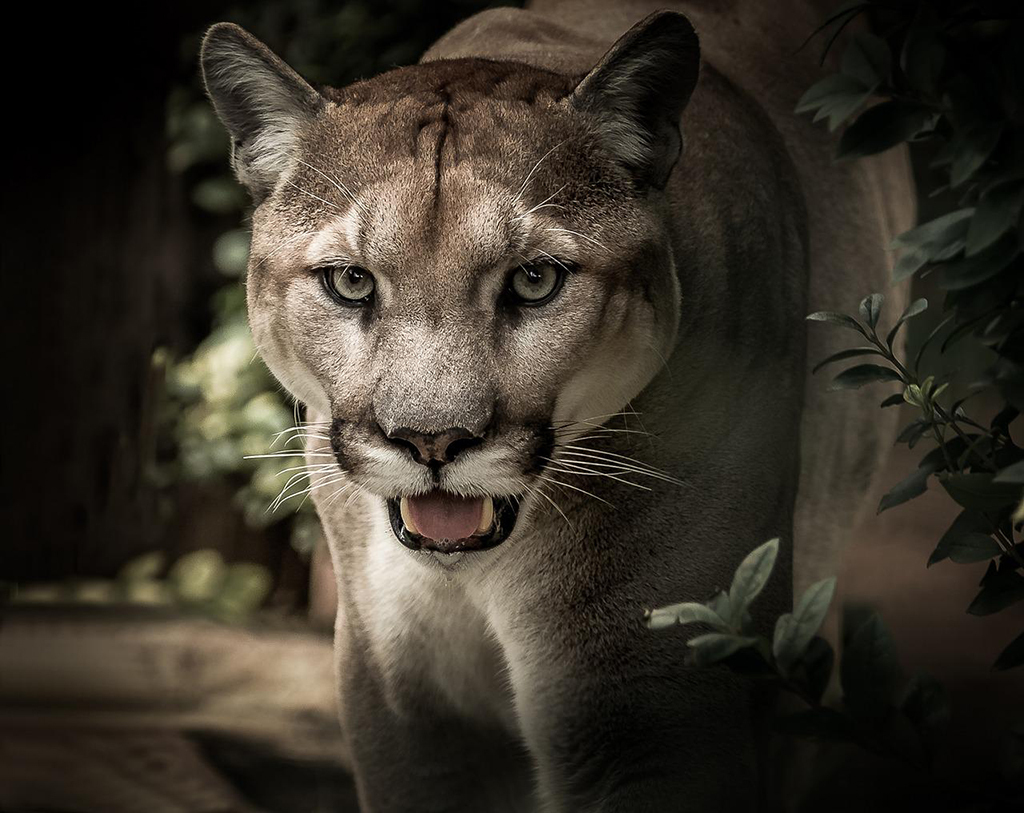 I spent my time experiencing a little bit of everything Belize had to offer. Landing at the international airport near Belize City, I made my way a couple of hours west to San Ignacio, a town of about 25,000 near the Guatemalan border. Once, Mayans ruled these lands, building a complex society and series of cities.


I visited both Cahal Pech and Xunantunich, two archaeological sites close to town, but Caracol is perhaps the most special. It requires a full-day excursion to reach it through the wilds of Mountain Pine Ridge Forest Reserve, so only a relative handful of people visit this massive place, covering more than 200 square kilometres, every day.

Until the 1930s, it was a lost city, loggers driving right over the plazas in their trucks, unaware of the treasures that lay covered by centuries of soil and vegetation beneath. Now partially excavated, the temples and homes and palaces and astronomical observatory are empty and inviting exploration – like a journey of discovery.

The tallest pyramid is called Caana, meaning “place of the heavens”. Standing 14 stories, it’s still the highest man-made structure in the country.

When I reach the top, huffing and puffing from the climb, I’m the only one there to enjoy a view that stretches all the way to Guatemala. 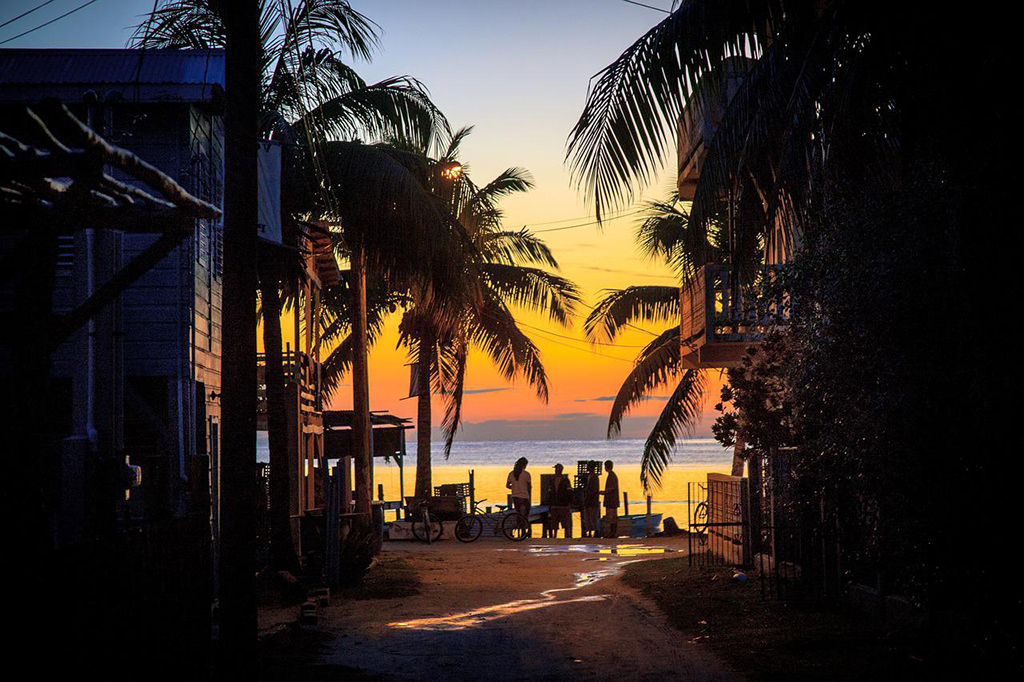 The coast was just a short hop away, a 15-minute flight from Belize City on a prop-plane buzzing over ocean that alternated from emerald to aquamarine to sapphire.

Bordered by Mexico and Guatemala, Belize is small, but mighty. With a population of less than half a million, it’s perhaps best known for the water, the eastern shores of the country stretch out along the Caribbean, with the largest coral reef in the Americas and a series of islands, usually called “cayes,” just off the mainland.

Landing on Caye Caulker, a driver picked me up from the small terminal in a golf cart. On this thin wisp of an island divided by The Split – a passage carved by Hurricane Hattie in 1961 – the official slogan was Go Slow. The fact that there are no proper roads made that pursuit pretty simple – everyone makes their way by bicycle, foot, or cart.

Fishermen grilled their catch on street corners, the scent of snapper and lobster wafting into the air. I got a massage in a simple over-water hut, and headed to a small beach to watch the sunset, while feeding stingrays. A small resort provided a bucket of fish, and a half-dozen creepy-cool creatures swooped in every evening, brushing your legs, and hoovering up their dinner from your hands. 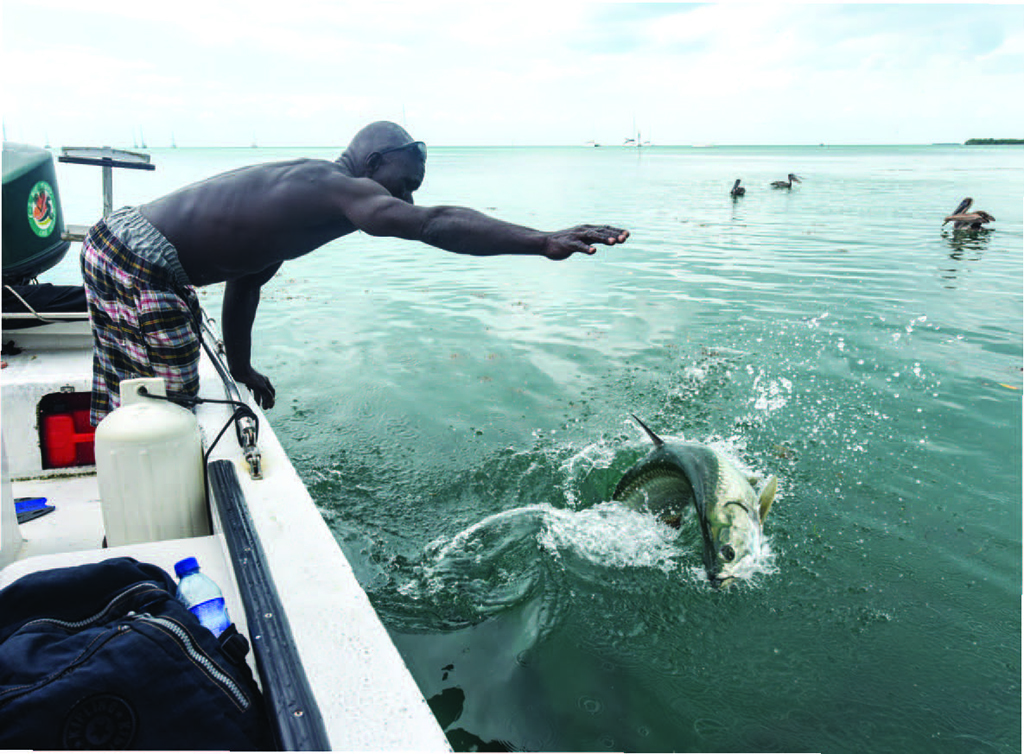 Feeding the voracious tarpon. Photo courtesy of the Belize Tourism Board.

Taking a day to snorkel, I swam amongst nurse sharks in the Hol Chan Marine Reserve, then cruised back through The Split to spot manatees, and feed massive tarpon, the monster fish leaping from the water to take the bait (but no fingers, luckily).

Back in the rainforest at Chan Chich (which means, “little bird”), I searched for that puma. Surely, it shouldn’t be so hard – the people who spotted one the day before my arrival (and wrote it on the blackboard) were a friendly, retired couple who sat together and read books in the lodge library every night. What was the biggest cat-spotting problem? These elusive creatures have a lot of places to hide. 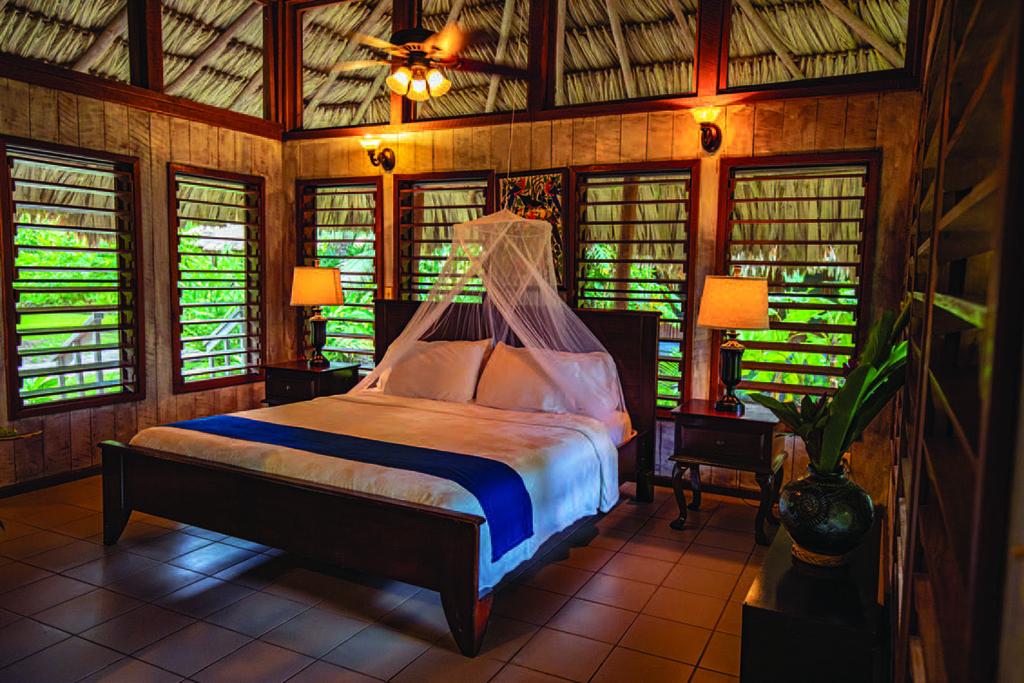 At Chan Chich, most guests sleep in thatch-roofed cottages with windows that open to the sounds all around. Photo courtesy of Chan Chich Lodge.

The owners of the 33,000-acre Gallon Jug Estate have set aside 30,000 acres for eco-tourism (Chan Chich is part of that), and the spread adjoins another 500,000 acres of conservation land. (More than 70 percent of the land in Belize has been protected and preserved in some way.) It was a stiff challenge, but my guide, Kristopher Majarrez, was up for it. “No guarantees,” he said, with a shake of his head. We covered a lot of ground, touring the adjacent farm that was so big it had its own post office. We saw orange and coconut and mango groves, coffee trees, gardens with coriander, habaneros, papayas and plantains. One evening, we proceeded on foot for a short hike, spotting colourful birds through Majarrez’s scope. Another night, we headed to a lagoon, me sipping a local beer while the sky faded from amber to purple. Two parrots flew overhead. A falcon perched nearby. A mist formed on the water and I could feel it building in my chest – this was the night for puma. 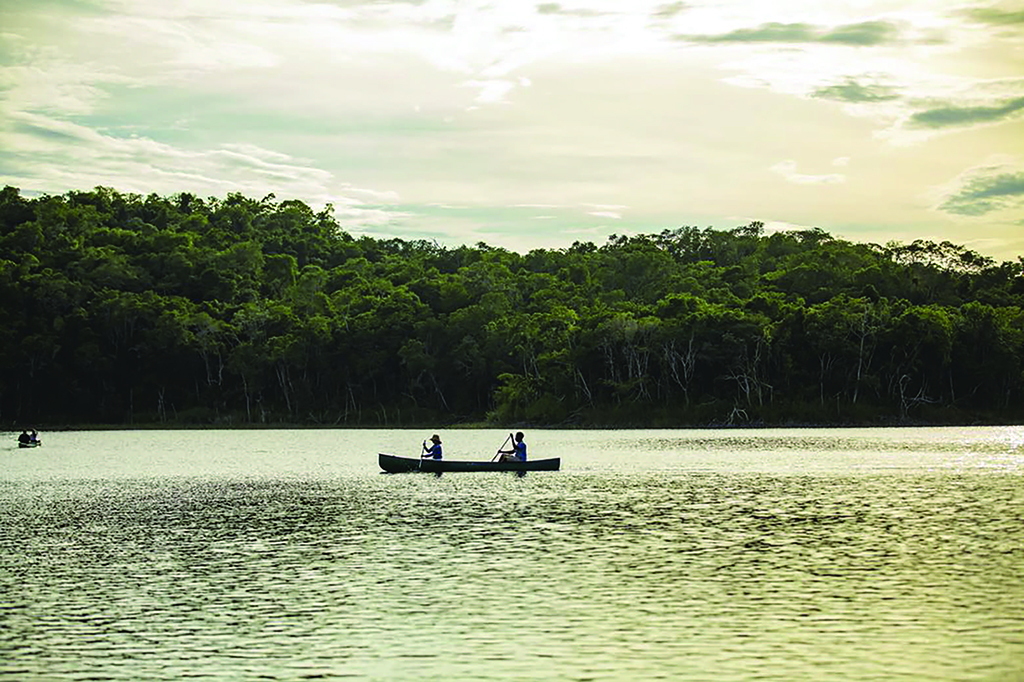 Canoeing at Chan Chich Lodge. Photo courtesy of the Belize Tourism Board.

Making our way back to the lodge, Majarrez slowed the safari jeep, and I peered into the jungle on either side of the road in anticipation. But no – it wasn’t a big cat he’d spotted. Instead, he pointed high into the canopy. “You see that – it’s a toucan!” and indeed it was. The colourful, almost comically long-beaked bird fluttered by – a memorable sighting, and an icon of Belize. But I’ll have to wait for my next visit, for the puma. 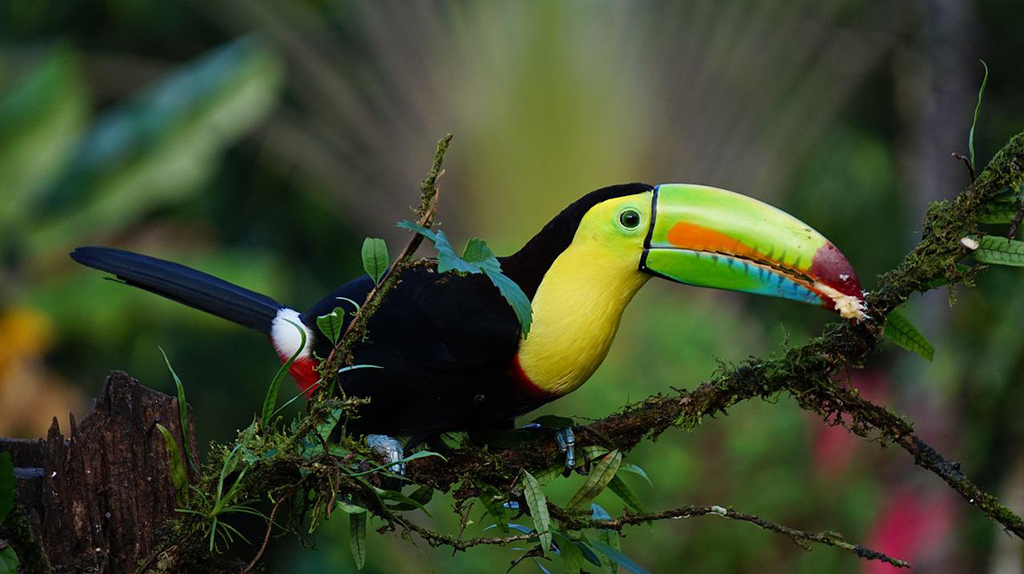