The cruise world is coming back to life and we couldn’t be happier. Here’s a taste of what’s happening on the seas and rivers as of mid-July 2021. Change is constant, so double-check with your travel professional and cruise line and be aware that most ships require guests to show proof of two vaccines, at least two weeks prior to travel.

• A joyful return to cruising from U.S. ports was heralded by the Celebrity Edge in late June, the first ship to sail out of Fort Lauderdale in 2021 with at least 95 percent of all guests and 98 percent of all crew members fully vaccinated.

• MSC Cruises, the first major cruise line to resume sailing in August 2020, has a health and safety protocol that has effectively set a standard for the industry. They recently launched the flagship, MSC Virtuosa, the first ship to depart from the UK this year. MSC Grandiosa and MSC Seaside are sailing in the Western Mediterranean, while three other ships are sailing in the Eastern Med. In November, the brand’s newest ship, the MSC Seashore will sail from Miami to the Bahamas and Caribbean, stopping at MSC Cruises’ new private island destination, Ocean Cay MSC Marine Reserve.

• Crystal Cruises has extended its Luxury Bahamas Escapes until mid-November, offering all-Bahamian voyages from Nassau and Bimini aboard the elegant Crystal Serenity. Newly-launched all-suite, all-veranda, all-butler luxury expedition yacht Crystal Endeavour began sailing in July from Reykjavik, Iceland, will cruise to the Arctic and Northern Europe in September, and will then start her Antarctica season.

• In August Norwegian Cruise Lines (NCL) will resume Alaska sailings aboard their new ship, Norwegian Encore. Norwegian Gem returns to Miami in August, sailing Caribbean itineraries, followed by four-day Bahamas voyages in November. Norwegian Breakaway begins sailing from New York to Bermuda in late September, while Mexican Riviera itineraries from Los Angeles aboard Norwegian Bliss resume in October. Caribbean itineraries from Port Canaveral on Norwegian Escape begin in mid-November as do Pride of America’s Hawaii departures. Norwegian Getaway will sail in Italy, Croatia and Greece in the fall while Norwegian Jade sails the Greek Isles from August through November. The fleetwide SailSAFE health and safety program will safeguard guests and crew.

• Holland America Line’s Nieuw Amsterdam returns to Alaska on July 24 and then sets sail for the Caribbean in October. Eurodam starts her Greek Isles departures in mid-August while Rotterdam sails from Ft. Lauderdale on November 10, Koningsdam starts her Mexican Riviera itinerary in late October and Zuiderdam begins sailing her Mexico and Sea of Cortez itinerary on November 6.

• From September 25 to November 28, 2021, eight Princess Medallion-Class ships will sail to the Caribbean, Panama Canal, Mexico, Hawaii, and the California Coast. Majestic Princess and Grand Princess will sail from Los Angeles to Mexico and Hawaii, while the Ruby Princess covers the same destinations from San Francisco. Enchanted Princess begins her inaugural Southern and Eastern Caribbean season from Fort Lauderdale while Sky, Regal and Caribbean Princess sail Eastern and Western Caribbean itineraries from Fort Lauderdale and Crown Princess sails a series of Panama Canal cruises.

• Seabourn Ovation is now sailing the Greek Isles and the Aegean, while sister ship Odyssey will be treating guests to Caribbean itineraries through summer, fall and winter. Quest’s departures will resume in early November with a repositioning cruise from Miami to Antarctica. Seabourn’s Asia, Arabia and Australia 2021-2022 fall, winter and spring season has been cancelled.

• Windstar Cruises is cruising again with only vaccinated guests and crew on board its 148-guest, four-masted sailing yacht Wind Star enjoying Greek Isles voyages through October. The rest of the six-yacht fleet will debut on various dates through November.

• Atlas Ocean Voyages has redeployed World Navigator to Egypt and the Greek Isles for her inaugural summer – the first and only cruise ship to bring guests to Egypt. Five itineraries feature UNESCO World Heritage Sites at nearly all of the 14 ports of call.

• Cunard will offer mid-November west and eastbound transatlantic crossings aboard Queen Mary 2, followed by an eastern Caribbean sailing from New York. Queen Elizabeth will sail in winter 2022 with departures from Singapore, Hong Kong and Shanghai and Tokyo. In spring 2022, Queen Victoria returns with British Isles and Mediterranean departures. The World Voyage has unfortunately been postponed until 2023.

• Ponant is now offering more than 50 European departures, while in mid-November, Caribbean and Mayan Riviera departures will be available aboard Le Champlain, and Le Dumont-D’Urville. In 2022, a new partnership begins with Smithsonian Journeys that will offer guests in-depth learning experiences with on-board wildlife biologists, archaeologists and more on a series of 18+ voyages covering Panama and Costa Rica, Antarctica, Caribbean, Japan and a range of European destinations. 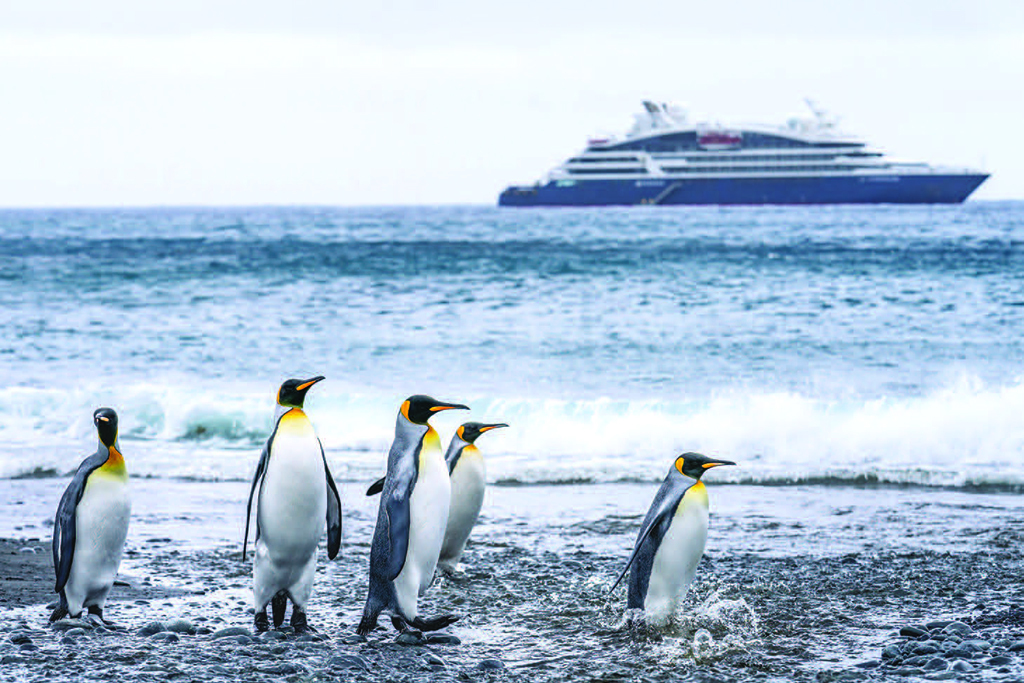 • Silversea Cruises’ new Silver Origin is offering all-new Galápagos itineraries to view the incredible wildlife of the archipelago while new flagship Silver Moon is sailing from Piraeus (Athens). Silver Muse will sail to Alaska July 29, while Silver Shadow will sail circumnavigations of Iceland from July 30. Fully vaccinated guests and crew will be protected by a “comprehensive, multi-layered set of science-backed protocols.”

Returning to the Rivers

• In June, Uniworld’s newest Super Ships resumed sailing in Italy with the debut of the freshly transformed S.S. La Venezia. S.S. Bon Voyage is now sailing the Garonne, Dordogne and Gironde, while S.S. Joie de Vivre sails the Seine and S.S. Catherine sails Burgundy and Provence itineraries. S.S. São Gabriel, is offering Porto Roundtrip and Porto to Lisbon departures, while cruises between Budapest and Passau have resumed aboard S.S. Maria Theresa. Sailings between Vienna and Nuremberg are back in mid-August aboard the River Princess and Splendors of Egypt and the Nile itineraries sailing Cairo roundtrip aboard the S. S. Sphinx and River Tosca resume on September 25.

• Scenic Group’s Scenic Luxury Cruises & Tours and Emerald Cruises have both announced their return to sailing, beginning in late July on the Douro and on the Rhine River in August. Emerald Cruises will add the Danube in August, while Scenic sets sail on the Garonne, Gironde and Dordogne rivers in Bordeaux. Scenic sailings on the Danube begin in September.

• AmaWaterways has announced the return of the AmaDouro and the AmaVida on the Douro, the AmaLyra and AmaKristina on the Rhône, and the AmaDolce in the Bordeaux region. The AmaMagna, AmaCerto, AmaLea, AmaBella, AmaVerde; AmaViola and AmaSonata will sail the Danube as the months progress. The Rhine River will be graced by the AmaSiena, the AmaLucia and the AmaPrima. 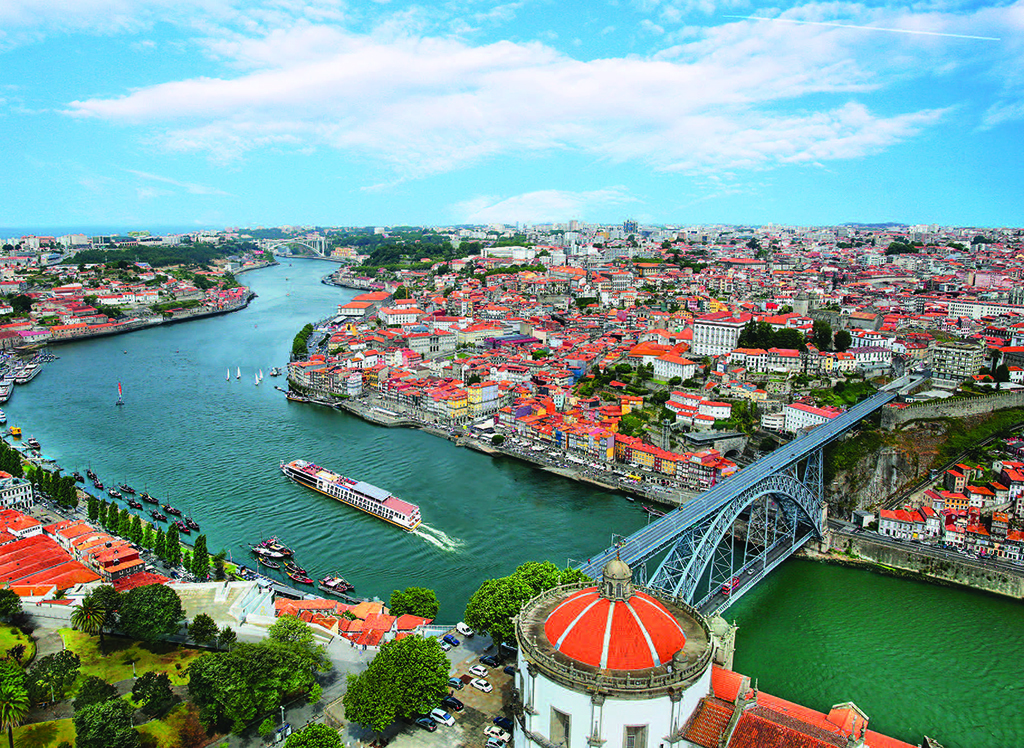 • American Queen Steamboat Company has announced the introduction of SafeCruise, an enhanced set of health and safety protocols featuring pre-boarding, boarding and onboard processes and is currently sailing safely on several US rivers.

• Crystal River Cruises will return to river cruising in August with 2021 itineraries that feature 35 voyages exploring the historic cities, cultural treasures and UNESCO World Heritage Sites of the Rhine, Danube and Moselle rivers. Every 2021 river voyage will be highlighted by at least two or three overnight stays.

• Beginning in August, Tauck will also return to the Douro, the Seine, Rhône and the Saône.

Most cruise lines require guests to be fully vaccinated before boarding and some also require a recent, negative COVID test. Each cruise line has different protocols as do the ports and destinations.

Newly-eased travel measures no longer require fully vaccinated Canadians and permanent residents to undergo a three-night hotel quarantine, a Day 8 COVID test or a 14-day home quarantine on their return to Canada but pre-arrival and on-arrival PCR tests are still required. Check all entry and travel requirements before making your travel arrangements and be sure to download the ArriveCan mobile app on your phone. Answer all necessary questions at least 72 hours prior to your arrival or return home and check with your airline regarding their Covid-19 travel policies.

Booking your vacation with a travel professional ensures that you’ll have assistance with the new rules and regulations that vary by country and continent.

The U.S. Rivers are Calling!