Small Luxury Hotels of the World has announced the opening of three new small, independently-owned hotels this month. Located in Italy, France, and Spain, each hotel showcases themes that are relevant to today’s traveller when they are ready to embark on new journeys – from absolute privacy to pure mindfulness, considerate living and the fact that small, now more than ever, is beautiful.

With bold murals, striking sculptures and a colourful palette this hotel is a canvas for Milan’s creative side. Representing the city’s rich artistic heritage, Galleria Vik Milano is part hotel, part post-modern art gallery. Bedrooms and corridors are exhibition spaces with each bearing the hallmark of a renowned artist – from Giuseppe Gonella and Pino Pinelli, to Felipe Cardena and Shinya Sakurai – and there are no televisions here, the art is the star of the show. Two restaurants complete the picture: Vikissimo for dawn-to-dusk food and drinks, and I Dodici Gatti dedicated to wood-fired pizza. The hotel is located in the Galleria Vittorio Emanuele II and is circled by Milan’s best-loved shops, landmarks, restaurants and galleries meaning that you don’t have to venture far to get your culinary, cultural or couture fix – it’s all literally on your doorstep. 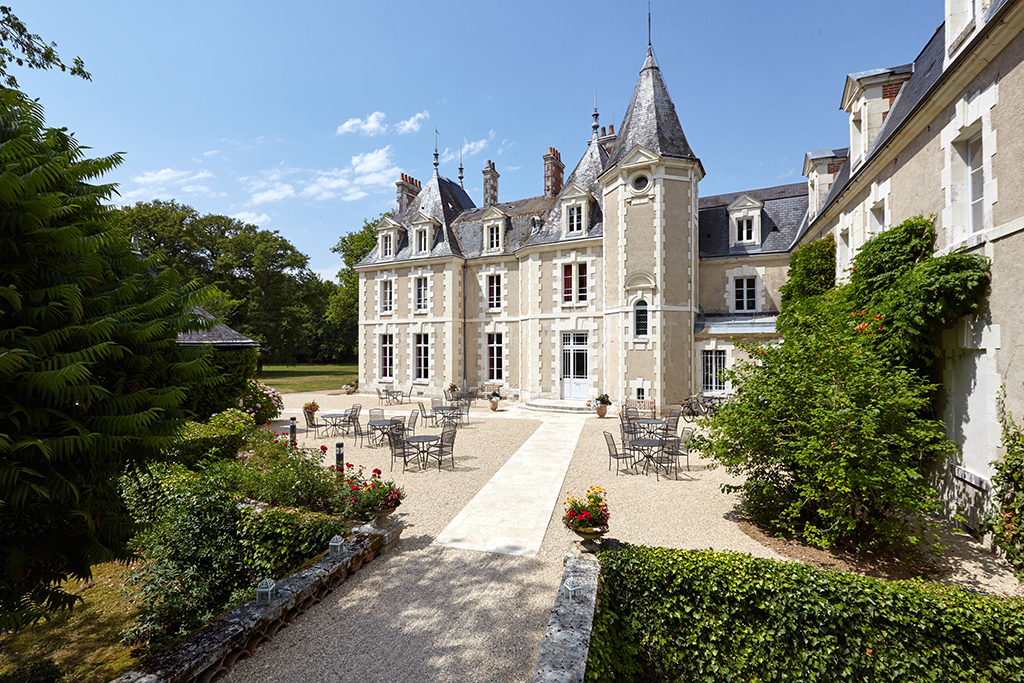 Nestled in the heart of the Loire Valley vineyards, Les Sources de Cheverny pays homage to its location in the same way as its Bordeaux sister, Les Sources de Caudalie - the birthplace of the renowned Caudalie skincare brand. The area has been designated by UNESCO as a ‘living cultural landscape’. Everything from the local produce served in the restaurant, the artisanal wooden WaterRower fitness machines, the solid oak jacuzzi and thermal pool to the antioxidant and anti-aging grape seed extracts of Caudalie’s signature treatments in the Spa des Sources complements the surrounding farms, vineyards and the estate’s 45 hectares of woodland. Here guests can rejuvenate in the spa, inspire energy with a forest-based yoga session, bathe in nature and feed their minds. The jewel in the crown, however, may be Le Baron Perché, an iconic wooden suite perched on stilts overlooking the lake. The suite is filled with neutral colors, unusual objects sourced by owner Alice Tourbier at local flea markets, and a private Nordic bath. 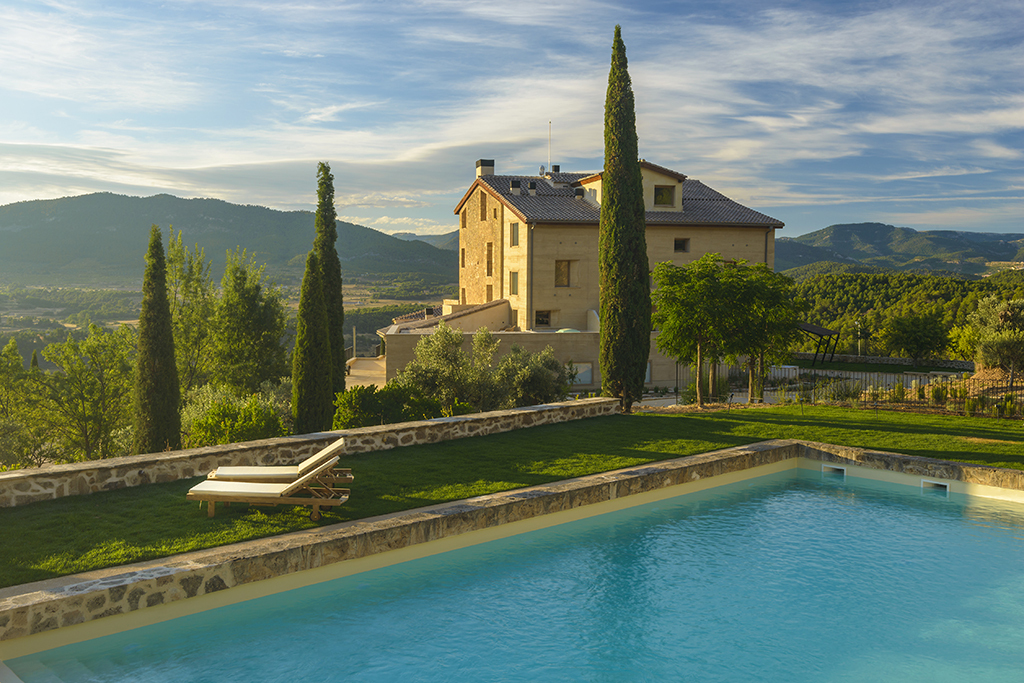 Offering just 18 rooms, Torre del Marques is a 15th-century farmhouse that has been brought back to life for the 21st-century and beyond with a bio-sustainable makeover and an organic zero-kilometre restaurant. The hotel is located in Aragon, one of the least discovered regions of the Spanish countryside yet easily accessible from Barcelona, and is set within 150 hectares of forest, farmland and vineyards. With the region sometimes referred to as the ‘Spanish Tuscany’ guests here can enjoy local delicacies surrounded by the gardens and groves that provide them - olives, almonds, honey and black truffles are showcased on the menu alongside local wines like Tempranillo and grape must Mistella. The hotel’s Suite Room spaciously accommodates four people with two connecting rooms and an outdoor terrace. 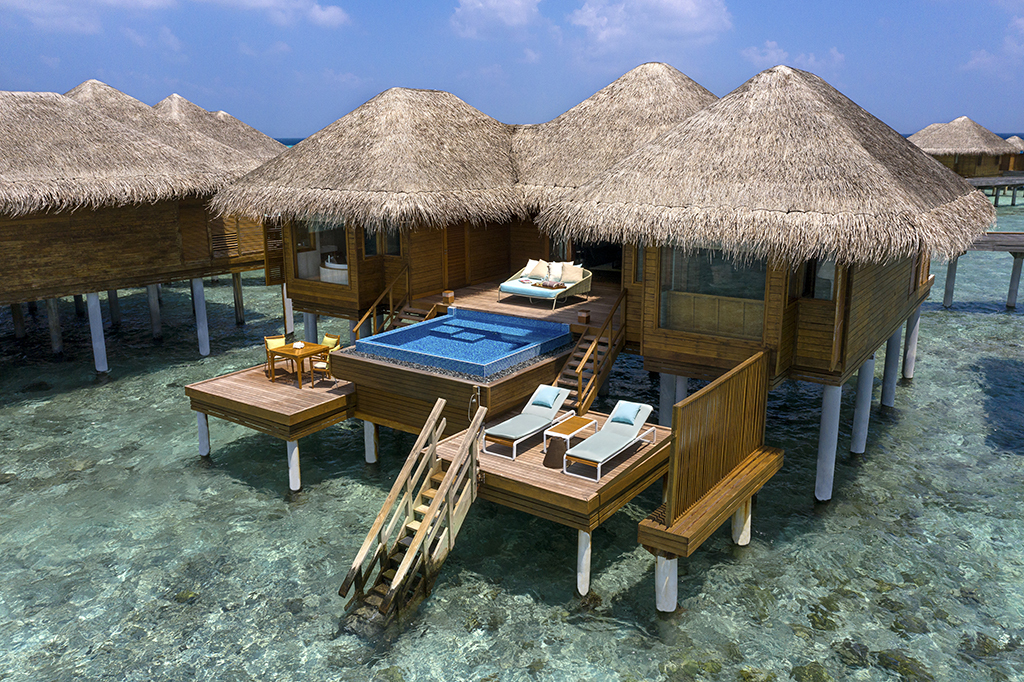 Additionally, the Huvafen Fushi Maldives, Paje, Maldives (above) will re-open on November 1, featuring 44 rooms that are priced from USD $1,644 per night including breakfast. A quintessential hideaway offering a total escape and ensuring complete privacy, rooms vary from a two-bedroom beach pavilion with garden and pool, to an ocean bungalow with pool, three-tiered deck, staircase into the sea and, inside, a glass floor to see myriad tropical fish. Avoid seeing anyone with dinner on a sandbank or an overnight on the resort’s traditional 65ft dhoni. The hotel is also home to the world’s first and only under-the-sea spa with two underwater treatment rooms with panoramic reef views.

Cruising the Seine, plus Paris & London with Churchill’s Granddaughter on a Tauck Luxury River Cruise