IT’S A SUNNY SUNDAY AFTERNOON. Having landed a few hours earlier in Dubrovnik, the drive to Kotor is a lazy ramble, winding along the coastal road. After crossing the border, I enter an Adriatic Dream, Montenegrins all along the coast soaking in the final rays of the weekend, stretched out on every stretch of beach and playing ersatz games of beach volleyball amidst the blue, spiking old waterlogged balls over droopy nets posted a few feet into the water.

Settling into an apartment in Kotor’s old town, my cobblestone streets exploration begins as the sun fades to gold. Sidewalk cafés remain busy, locals lingering over glasses of wine, conversation going strong. Squeezing through a narrow alley, I emerge onto a back lane. And there, I hear it before I see it – a whole orchestra in a partial courtyard, slightly separated from the busyness of the street. The conductor readies the musicians, and they begin a tune I’ve not heard – an Eastern European rhapsody, a soundtrack for my first adventure here. This will be the first surprise of many as I travel across this tiny, fascinating country – an emerging cruise port and travel destination. 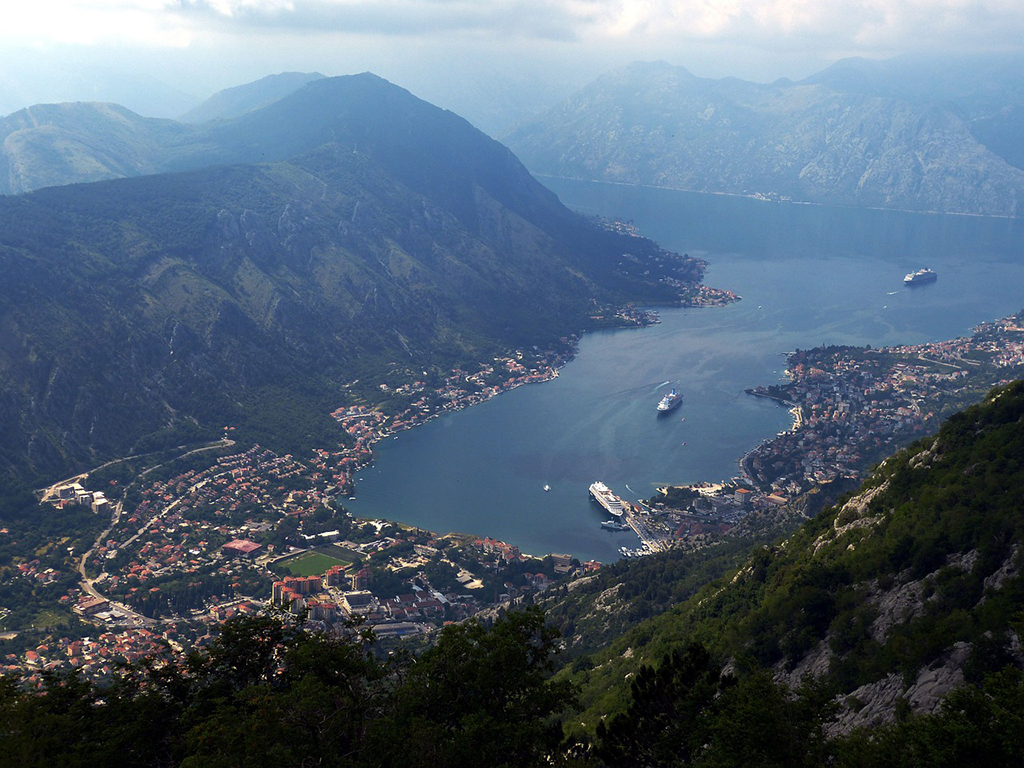 The smallest republic formed out of the former Yugoslavia – a whole country, about a third the size of Nova Scotia – Montenegro was the last Balkan to achieve independence. Voting to separate from Serbia in 2006, this tiny republic has since charted its own course. Discovered by few travellers, it offers a lot, packing a mighty punch for such a small nation.

Tucked deep into its namesake Bay, a walled city pressed up against the mountains that rise sharply to 1,500 metres, Kotor’s settlement dates back to Ancient Roman times. It’s been a Dalmatian citystate and part of many empires, from Byzantium to Bulgarian to the Venetians and Ottomans, and each has left its mark, preserved entirely since 1979 as a UNESCO World Heritage Site.

Its churches are breathtaking – chief among them, Our Lady of the Rocks. Tiny and perfect, set on just a whisper of land out on the Bay, you can visit by buying a ticket for a half-day tour on one of several boats that depart Kotor’s marina and cruise around the waters of this calm, cliff-lined harbour. Along the way, a guide will tell you the legend of its creation – that, upon finding an icon of the Madonna on a rock at this site in the 15th century, returning sailors would cast a rock on the site, thanks for a safe return from the seas. The island is still expanding – every July, locals celebrate a festival that involves boating out to the islet and tossing a rock in its shores.

There’s plenty to see right in town, on foot. Swing by the Kotor Cathedral (formally the Cathedral of St. Tryphon in Kotor), a Romanesque church built in 1166 and famous for both its 14th century frescoes and twin bell towers. After a big lunch at one of the many outdoor cafés under the clock tower in the middle of town, lace up your hiking boots and climb to the mausoleum of national hero Petar II Petrovi´c Njegoš – a steep 461 steps up the side of the mountain behind town. 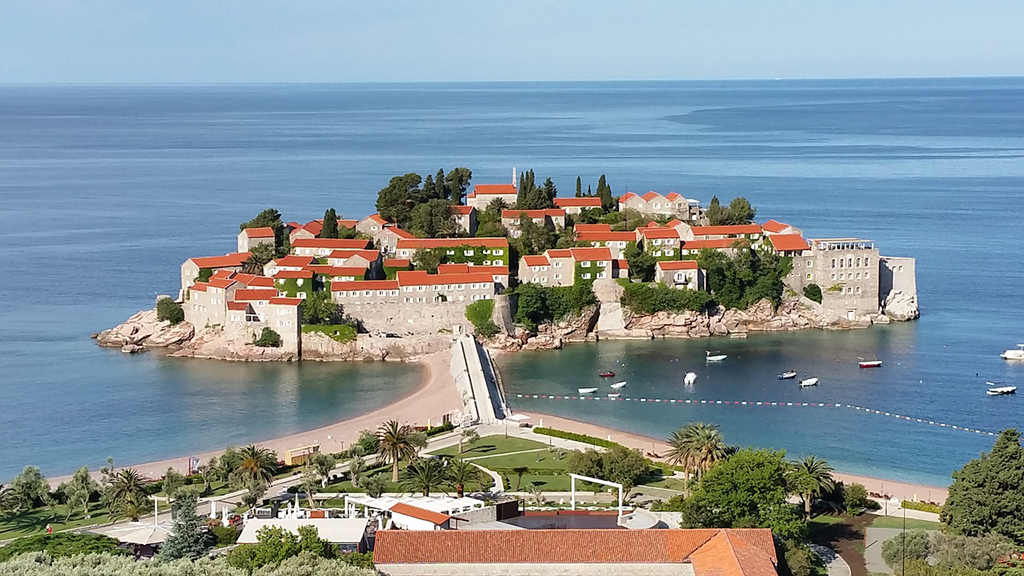 The closest beach town to Dubrovnik – just across the border – Herceg Novi is so attractive, former Yugoslav leader Tito made it his primary vacation destination. Located right at the point where the mouth of the Bay of Kotor meets the foot of towering Mount Orej, his Villa Galeb, a place frozen in 1970s luxury is a must-see.

Or, stay out, under the sun. Take a boating day trip along the Lustica Peninsula – to snorkel in the Blue Cave, swim and sunbathe at sheltered Zanjice Beach, and take a tour of Mamula Island, whose shores bristle with the 19th century fortifications of an Austrian fort. Then return to town for a seafood-dinner on its seaside promenade.

Set on the blue waters of the Adriatic, this city brings together old and new – the dense streets of its well-preserved old town and, from there, stretching out for some 35 kilometres, the white-sand beaches, resorts and villages of the “Budva Riviera.”

Start in the heart of town, at the Citadel. Make your way through the pedestrian only old town and pay the nominal entrance fee to visit this city-within-a city, built in the Middle Ages and finished under the Habsburg Empire, then climb a series of stairways to the Montenegrin flag that crowns the top. Along the way, walk atop the city walls, including a stretch that skirts the sea, a precipitous drop directly below.

Now, the beaches. Extending to the east of the town centre, many of these remain gloriously empty, some of them surrounded by dense Mediterranean forests and accessible only on foot. If you want to stay awhile, book a room at the Iberostar, a sprawling all-inclusive resort with multiple pools and restaurants and a full-service spa, with direct access to a broad stretch of beach — and only a ten-minute drive from old town.

Known as Titograd during Yugoslav times, Montenegro’s diminutive capital city is often overlooked by visitors but it’s a pleasant place, hemmed in by cypress-covered hills and bisected by two major rivers – worth at least a few days’ visit.

Spend some time in Stara Varos, the oldest part of the city, where evidence of Podgorica’s four centuries under Ottoman rule is everywhere – in its mosques, and unmistakably Turkish clock tower. Stroll across the Moraca River on the pedestrian-only Moscow Bridge, pass an afternoon at the pink Petrovic Palace, set in a lush park which mounts a rotating roster of major international art exhibitions. Then head for the hills where a number of good wineries offer tastings, less than a half-hour outside of town.

IF YOU GO: See your preferred travel advisor for information on Montenegro or check out www.montenegro.com.

Provence: A Feast for the Soul

With The Wind In Our Sails