From a dueling battle between rock and country musical genres to a story of adventure and romance to a thriller filled with intrigue, these lavishly staged musical productions await guests on Seven Seas Splendor’s inaugural season. All are produced by Regent’s theatrical team of accomplished choreographers, writers and directors:

“These captivating theatrical performances on Seven Seas Splendor are unrivaled in luxury ocean cruising,” said Jason Montague, president and chief executive officer of Regent Seven Seas Cruises. “They were created and produced by our team of Broadway choreographers and directors. We recruited some of the finest, most talented musicians and performers to deliver unforgettable and engaging productions for our valued guests.” 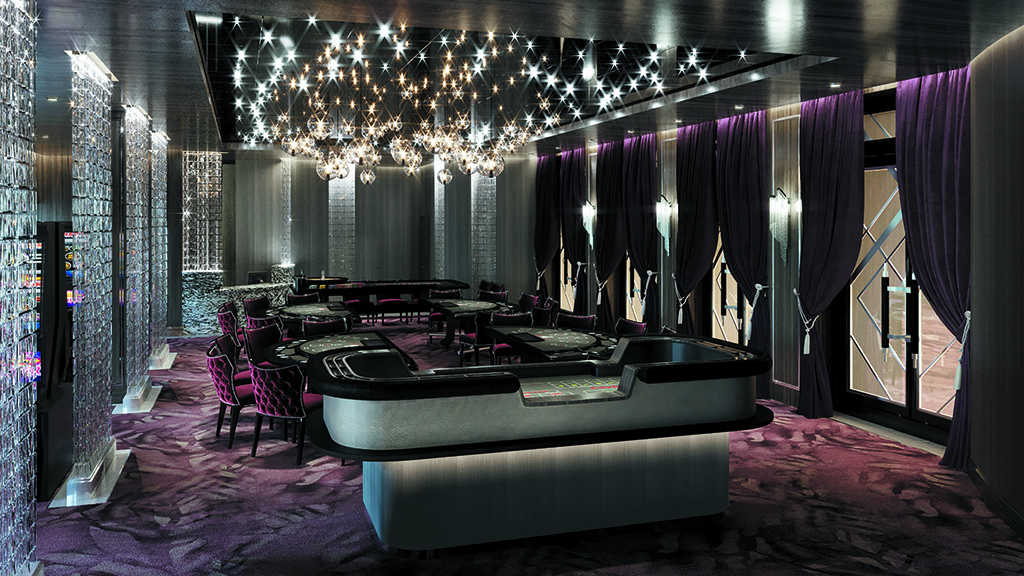 An inviting atmosphere, signature cocktails and soulful sounds make the Splendor Lounge a unique destination for guests to indulge on Deck 4. Guests can relax in plush chairs and strike-up a conversation with fellow luxury travelers as a prelude to a delicious dinner at Compass Rose. Late night, Splendor Lounge features a contemporary duo performing guests’ favourite songs well into the night.

This sleek lounge on Deck 5 mid-ship is a showstopper, with an expansive bar serving bespoke cocktails. Warm lighting, comfortable seating and sophisticated ambiance are all part of its charm. It’s the perfect location to meet for a drink before a show at the Constellation Theater or to continue an entertainment-rich evening with performances by resident musicians playing familiar tunes and special requests.

The Connoisseur Club is a hallmark of Regent ships – and aboard Seven Seas Splendor it’s a modern space with oversize leather armchairs and signature works of art throughout. Located on Deck 11, a few steps for the Observation Lounge, it’s an elegant hideaway where guests can find themselves in the middle of an interesting conversation over a fine cigar.

Inspired by the most iconic gaming halls, from Las Vegas to Monte Carlo, the Casino is a destination unto itself. There is a dynamic variety of games to choose from, like blackjack, roulette and craps, as well as frequent giveaways, promotions and rewards.

Cruise to Alaska in 2018 on Regent Seven Seas Cruises