Dublin, Ireland’s captivating capital city, packs a powerful historic punch while embracing the new and trendy in an eclectic mix of brimming-with-personality attractions. One of the friendliest cities in Europe, it has the advantage of being big enough to be cosmopolitan but small enough to maintain a friendly village vibe.

The smiling Irish eyes and lilting voice that welcomed our group to Ireland belonged to Dennis O’Conor, the disarming gentleman who would be our driver and tour guide. “You are very welcome to Ireland,” he said, shaking hands all around. And, knowing we were Canadians, adding, “You’ll be glad to know there is a Tim Hortons here, but first, I am going to take you to Dollard & Co., our brand-new food hall, where you can have a cup of Dublin’s finest, roasted from hand-selected beans by TwoFifty Square coffee company.” Dubliners, we quickly discovered, are fiercely proud of their city – right down to a great latte. This trendy enterprise is a foodie’s dream all under one roof. Bursting with the best Irish and international provisions, you can also grab a take-home meal, or sit and enjoy delicious fare for breakfast, lunch or dinner.

Raising a glass at the Guinness storehouse

Well-fortified with coffee and fresh-from-the-oven pastries, we were off to one of the most-visited attractions in all of Europe. To be honest, beer is not my favorite Friday-night tipple. If I hadn’t known about the popularity of Guinness Storehouse, and the fact that this ‘black stuff’ has colored Dublin’s history for more than 250 years, I might have missed an extraordinary experience.

Arthur Guinness founded his brewery on the cobbled, inner-city streets in 1759. The building that is now a seven-storey, high-tech, Disney-style exhibition space once housed the company’s fermentation plant. Our self-guided tour began at ground level in a giant atrium, shaped like a Guinness glass large enough to hold 14.3 million pints. On each floor, we experienced how the company’s rich history unfolded while learning about the involved process that creates Ireland’s iconic stout. 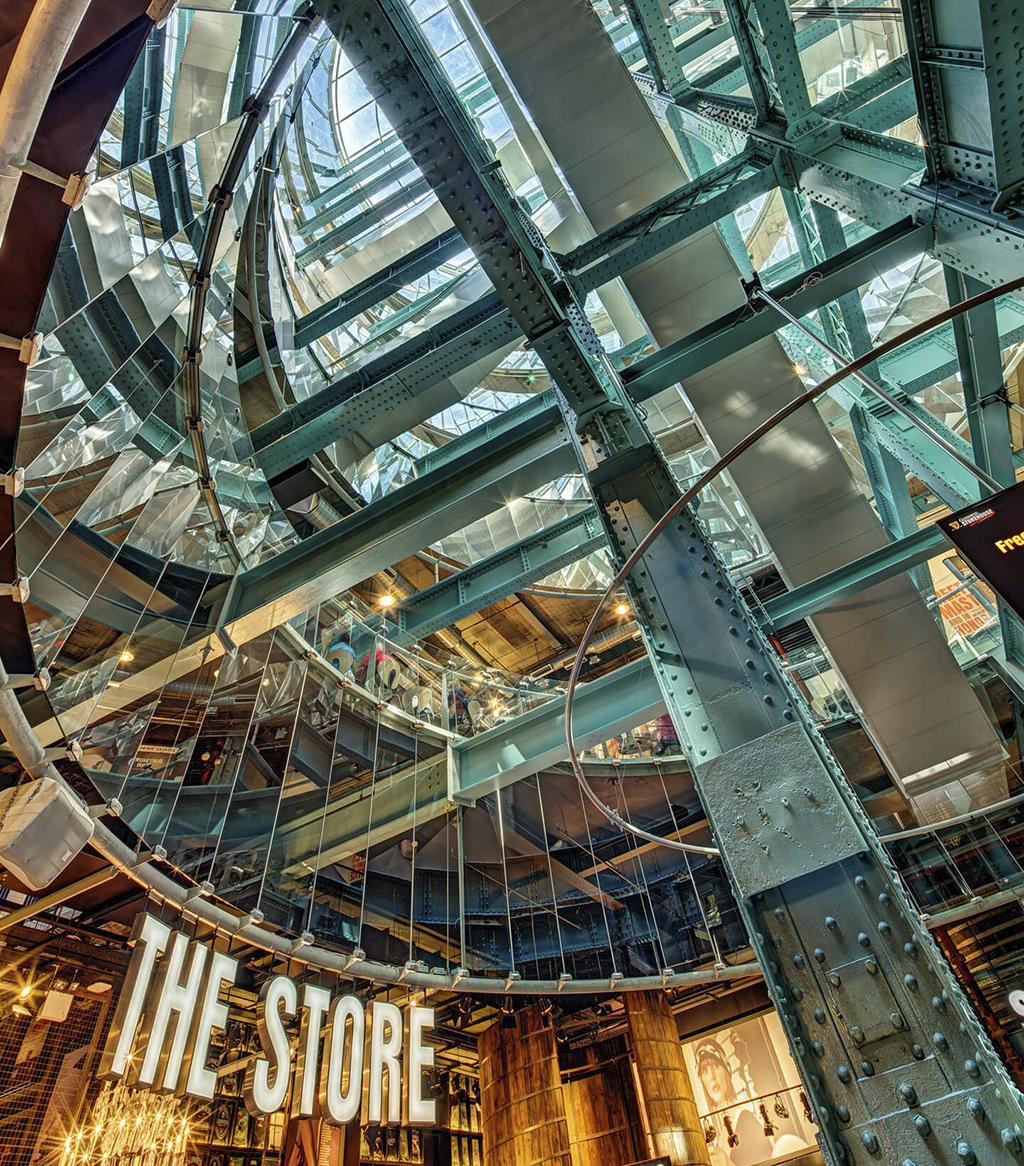 Stopping midway for a tasting, we not only discovered how perfectly certain foods pair with different brews, but also learned to pull the perfect pint – holding the glass at a precise 45-degree angle – and were presented with a diploma to prove we could do it. Seven flights up, our reward was the Gravity Bar with the best 360-degree view of the city skyline and the pint that’s included in the 17.50 Euro price of admission. Even if you don’t love the suds, this is a don’t-miss attraction. www.guiness-storehouse.com

EPIC, Dublin’s newest museum is a fresh take on the stories of the estimated ten million people who have left Ireland over the centuries, as well as the legacies they have left behind. High-tech and family-friendly, this interactive experience is both a commemoration and a celebration. The restored warehouse that houses the museum is in Docklands, the original departure point for many of Ireland’s emigrants. Their sad yet inspiring stories came to life as we meandered through 20 galleries, each with its own theme. www.epicchq.com 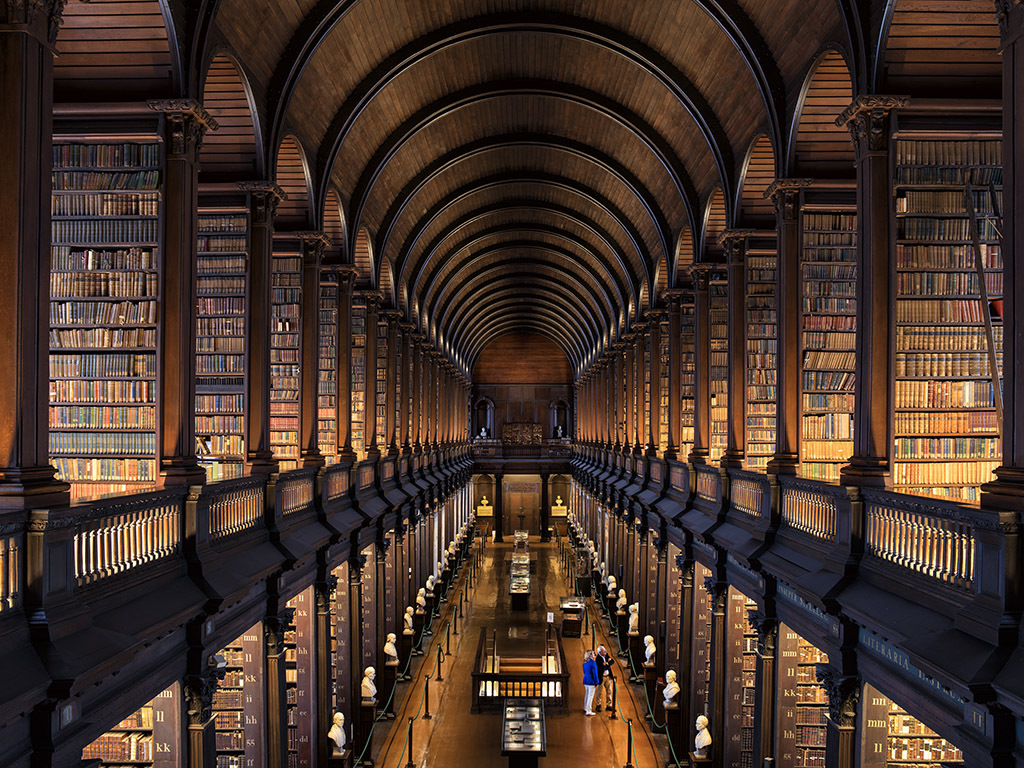 A literary pub crawl, we agreed, was an essential night in a UNESCO City of Literature – designated in 2010. Books and beer marry happily at this hugely popular pub crawl, demonstrating that a Dubliner’s affection for storytelling rivals that of their attachment to the city’s some 800 pubs. The two-and-a-half hour trek through cobblestone streets was led by a pair of rambunctious actors, reciting bits of Irish literature, between brief stops for a pint at some of Dublin’s oldest watering holes once frequented by the likes of James Joyce, Oscar Wilde and Jonathan Swift. What our guides called, “a quick cultural detour” through Trinity College, the city’s most prestigious university, was tantalizing enough that we knew we would return to spend time in the library’s Long Room. It’s here where dusty shelves house an overwhelming collection including the Book of Kells, a breathtaking, illustrated manuscript of the four gospels of the New Testament in Latin. Created circa AD 800, it is one of the world’s oldest manuscripts. www.tcd.ie 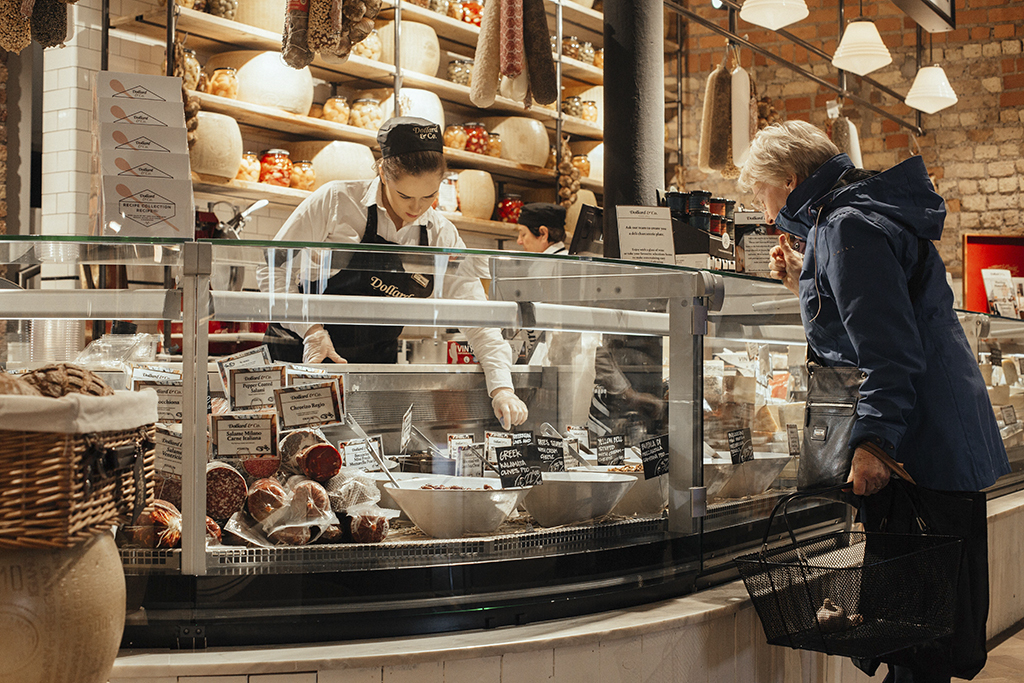 The charms of Glasnevin Cemetery

Central Casting couldn’t have picked a more charismatic storyteller than Paddy Gleeson who guided us around the 124-acre Glasnevin Cemetery on the ‘Dead Interesting Tour’. Paddy, who could sell sand in a desert, spun weird, tragic and humorous tales of the famous and infamous people who rest underfoot. “Did you know,” he said, “more people are buried here than are alive in Ireland today?”

Maria Higgins? She died once and was buried twice. Then there were the ghoulish grave-robbing, body-snatchers who started their excavations shortly after Glasnevin opened in 1832, selling their booty to medical schools. And the practical joker, Francis de Groot, the Dubliner who flew to Australia in 1932 only to be arrested, having decided he, rather than the local appointed dignitary, would cut the ribbon to open the Sydney Harbour Bridge.

“This stroll through the history of Ireland,” Paddy said, “is a particularly meaningful experience for the 43 million North Americans who have Irish roots – especially those who want to trace those roots at our Glasnevin Museum.” www.glasnevintrust.ie

A pint at the Gravediggers Pub

What do you do after spending two hours among the dead? “You do what the workers did after a long day burying people,” Paddy tells us, “have a pint at the Gravediggers Pub.” Scarcely changed and family-owned since it opened 1833, this hidden treasure is a step back into another century. Conveniently located just outside the old cemetery gates, it serves up home cooking and the cozy feel of old-time Irish hospitality. Oh yes, and a pint. 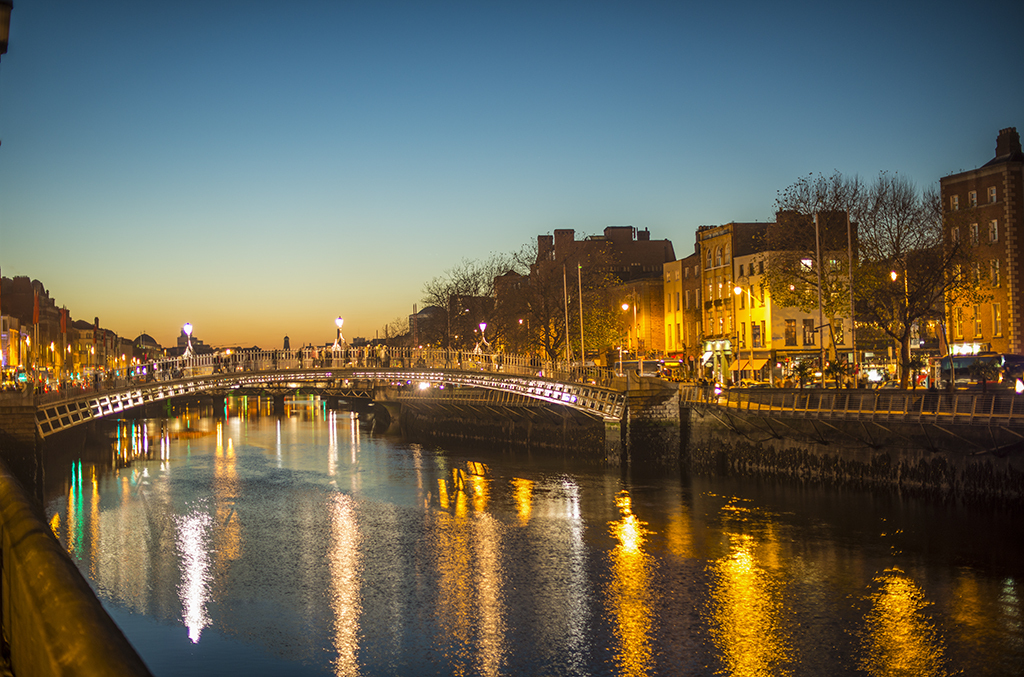 Indulge in the freebies

Among the best things the city offers travelers are the many free attractions. The National Gallery of Ireland, for instance, has an unmatched collection of Irish art, in addition to impressive European masterpieces. History buffs won’t want to miss the collection of Celtic and medieval treasures in the National Museum of Ireland or the story of 20th-century Dublin that’s told by the quirky Little Museum of Dublin. For more unnerving bits of history, there’s Kilmainham Gaol Museum. As modern as tomorrow, the Science Gallery is an exploration of big, compelling, cutting-edge endeavors to appeal to all ages.

With suggestions from Denis O’Conor, we discovered some of the finest examples of Georgian architecture, explored the shopping delights along world famous Grafton Street, and stopped for afternoon tea at the iconic Bewley’s Grafton Street café. We toured the Temple Bar Food Market which is open every Saturday and everywhere we went, met friendly locals who, with their ready wit, were eager to share their stories, and make us smile.

We learned the meaning of the iconic ‘craic’ – getting together for fun and enjoyable conversation – and we discovered that a craic is more than reason enough to visit this enchanting city.

IF YOU GO Air Canada has direct flights from four Canadian and 11 US cities while Aer Lingus flies from Toronto and nine US cities. To get to and from the airport and into a vast number of attractions, the Dublin Pass is a cost-effective choice. For a complete city tour with 28 stops at a host of attractions, try the Hop-On Hop-Off double-decker bus. Looking for a place to stay? The Dylan Hotel, a five-star boutique hotel, set in an eclectic building in the centre of the city, is a delight.

Why We Love River Cruising in Europe

What European River Cruise is the Most Romantic?