Travel Karma! We were yearning to travel and an Emerald cruise in Portugal had oodles of appeal. For starters, the theme of the cruise – “The Secrets of the Douro” – intrigued us. What secrets did this fabled river have to tell?

Porto, Portugal’s second largest city, is the embarkation point for Douro River cruises. A three-hour train ride north of Lisbon took us to the mouth of the river where the city perches high above the Atlantic coast. Soon after arriving at the dock, we learned one of Douro’s secrets: Porto Tonico, white port and tonic served over ice with a twist of lemon. Cornell Oprescu, Radiance restaurant and bar manager, welcomed us on board with the region’s signature thirst quencher, which became a favourite tipple during the eight-day cruise — and now, at home. 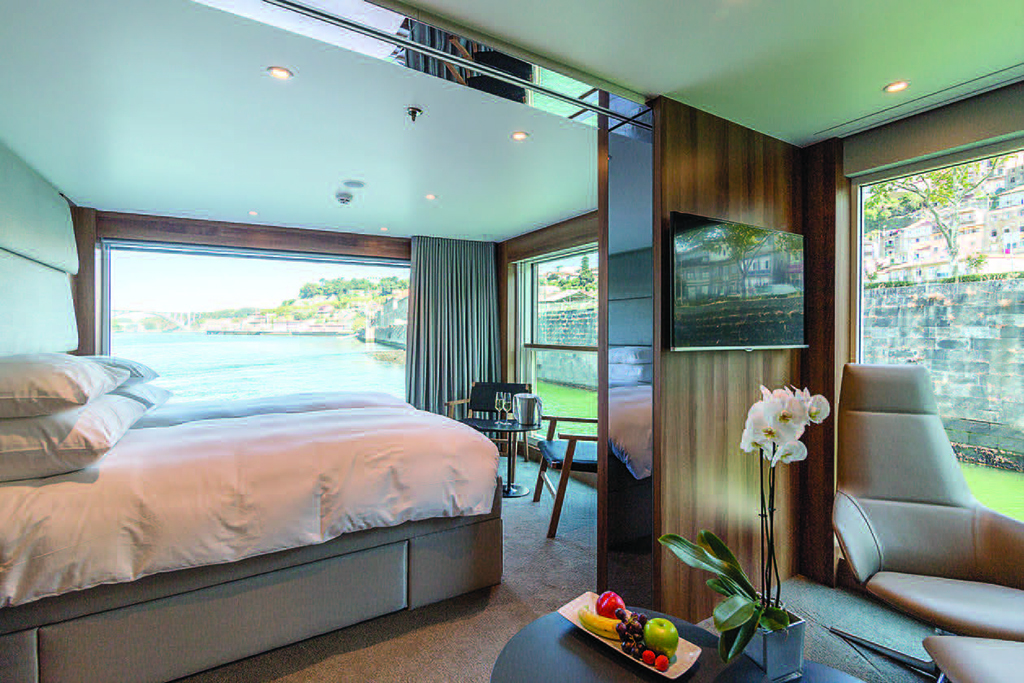 Radiance was purpose built in 2016 to manoeuvre the shallow, narrow river with its uncompromising locks, while comfortably accommodating up to 112 guests. A year’s hiatus brought a new normal for the line, including stringent safety and sanitation protocols that include proof of double vaccination, testing for guests at the beginning and end of the cruise and daily testing for the crew, providing new masks each day and checking guests’ temperatures after excursions. We felt safe and the crew made us feel at home. 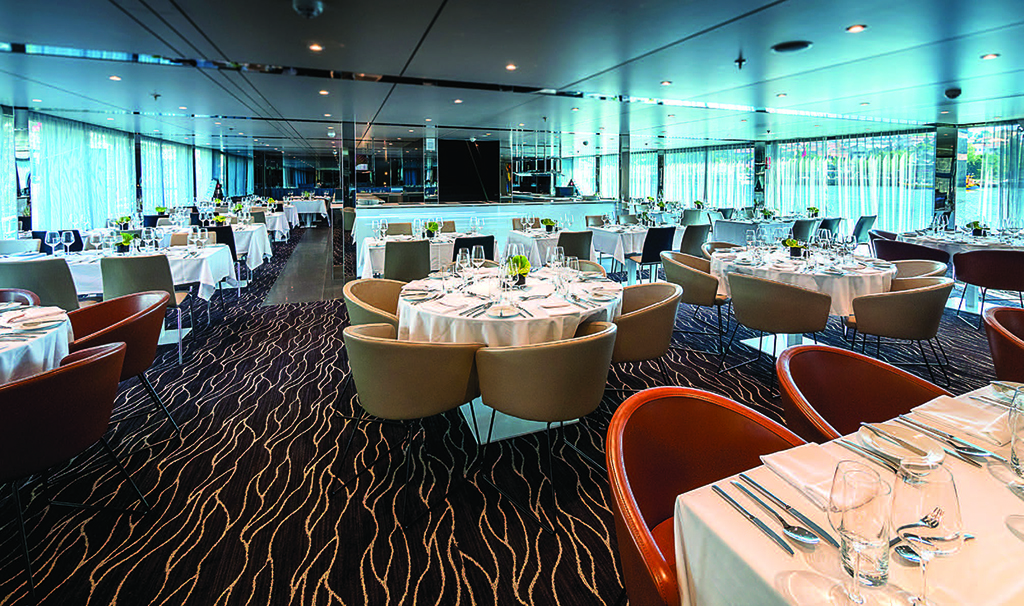 
Emerald Radiance’s sleek décor sparkles with glass, mirror and chrome in the compact space. Our panorama balcony suite had a room-for-one bathroom, a king-size bed, a desk, ample storage space and two easy chairs by a window wall that, at the touch of a switch, slid down halfway so we could enjoy the fresh country air.

The river revealed itself little by little as we sailed, at a leisurely nine knots, upstream for 130 miles toward Spain, then returned to Porto. Five dams have tamed the once-wild waterway, creating pond-calm and smooth sailing. The experienced captain made navigating the towering cement locks as easy as slipping a hand into a glove.

The white-water rapids may be gone, but the breathtaking scenery remains. Lush, terraced vineyards, stacked on steep hills, are dotted with sparkling whitewashed quintas (wine estates) and centuries-old wine cellars. 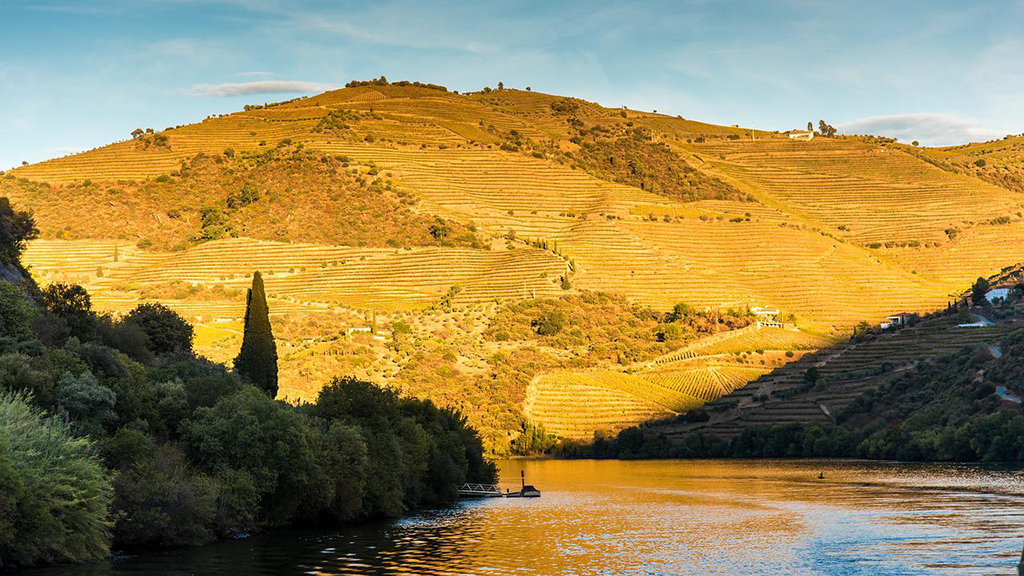 Pinhão, a sleepy town in the heart of the valley’s winemaking region, was our first stop. “It will come alive next week when the harvest begins,” Miguel, our guide said. “Today, you must see the tiled walls of the railway station to know what the river looked like before the dams were built.”

At Quinta do Tedo, an 18th century family-owned estate, we discovered the centuries-old secret of growing grapes and making port: pruning and harvesting by hand and crushing the grapes by stomping them with their feet. For port, fermentation is stopped by adding brandy when the ideal sugar level is reached, then the mixture is aged for at least two years. About half of the grapes produced here are transformed into port; the rest become white, rosé and red table wines. We tasted three ports – a light citrusy white, a full-bodied fruity red and a tawny with a nutty caramel flavour. 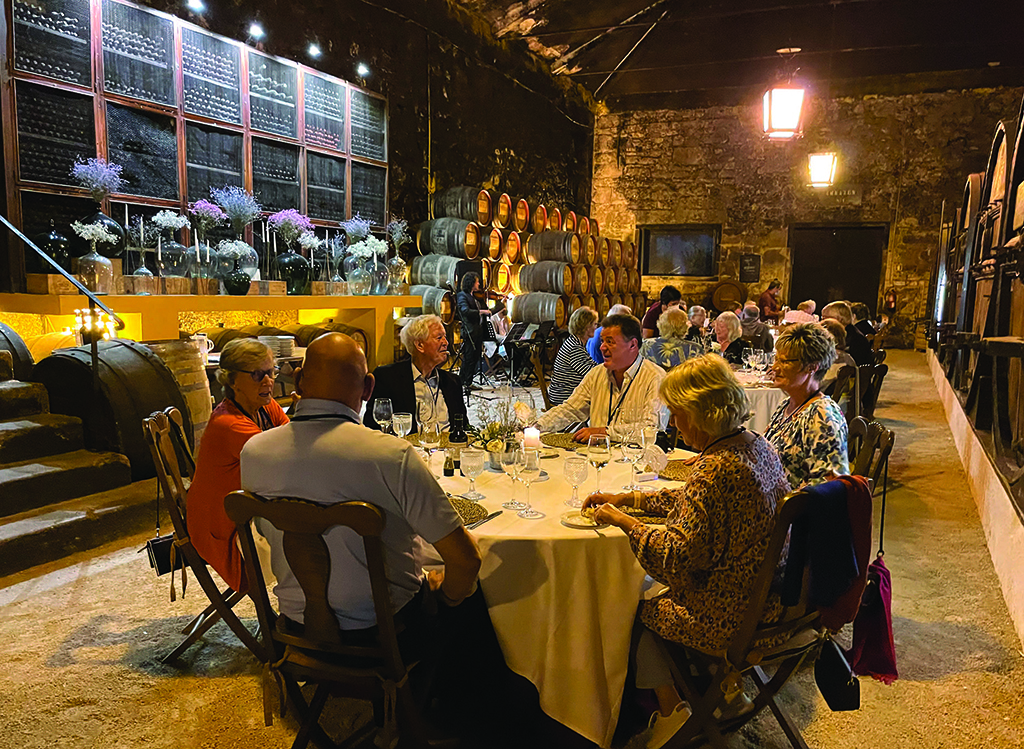 As you travel upstream, vineyards give way to towering rocky outcrops before the navigable part of the river ends at the quaint port of Vega de Terrón. After a two-hour coach ride through the barren Spanish plain, we arrived in Salamanca, called the “Golden City” because of the glow of its sandstone structures.

A UNESCO World Heritage site, Salamanca is home to the vast Plaza Mayor, often said to be the most beautiful plaza in Spain, and to the 13th century university where Christopher Columbus studied.

Ships on the Douro sail only during the day. When we weren’t on a land excursion, we enjoyed a variety of on-board, Portuguese-centric activities. Chef showed us the secrets of making pastéis de nata, the country’s famed custard cream tarts and we experimented with port cocktails, a tasty surprise from the usual port-as-a-dessert partner.

A film explaining cork production was followed by an opportunity to buy small cork souvenirs and we discovered the art of mosaic tile painting at a class taught by a local artist. 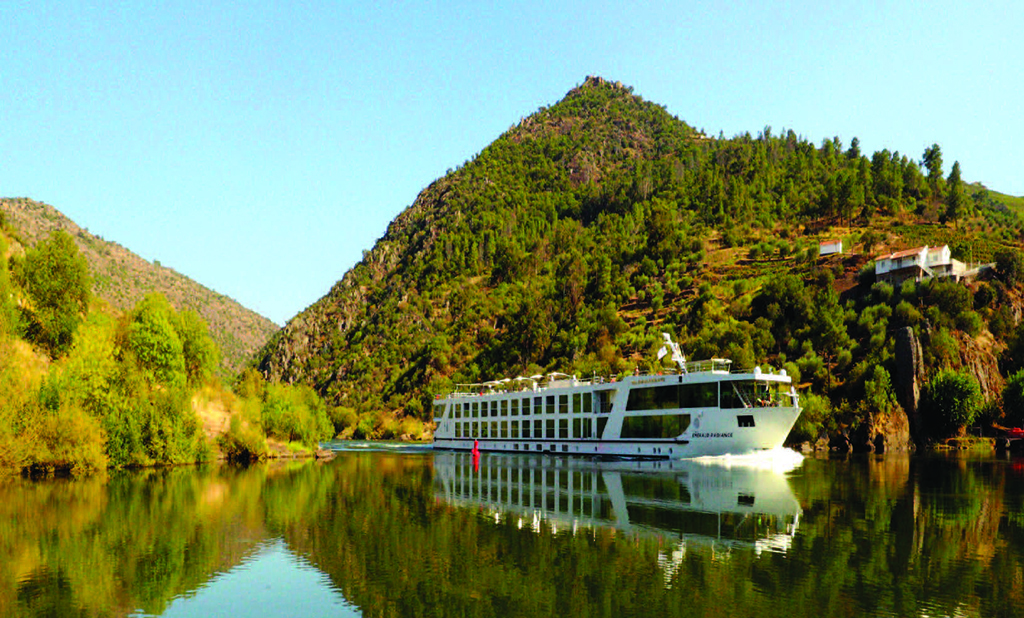 Emerald Radiance on the Douro (photo courtesy of Emerald Cruises)

Our trip began with three delicious, wine-infused days in Portugal’s lovely capital. As we were leaving Lisbon for Porto, Joäol, an affable taxi driver, told us we would love his hometown on the Douro.

We had an opportunity to see what he meant on the last day, which we spent in Porto. We wandered the maze of hilly, cobblestone streets, slipping into the São Bento railway station to admire the two hundred thousand stunning blue azulejo tiles depicting Portugal’s history, then stopping for an espresso and croissant at Majestic Café where author J.K. Rowling reportedly sipped coffee while conjuring Harry Potter. Around the corner, the Livraria Lello bookstore with its Art Nouveau interior, stained-glass ceiling and crimson spiraling staircase, is said to have inspired Hogwarts’ Divination Stairwell in the Harry Potter films.

Joäol was right – there was a lot to love about Porto. And the cruise. Once again, we discovered the fun of travel is getting to be a travel insider, which can’t be bottled but can be brought home.

A Day in the Life of a Cunard Captain